The Chicago Bears made a quarterback switch in Week 3, hoping the Super Bowl 52 MVP could give their struggling offense the lift Mitchell Trubisky could not.

The production hasn't been much better with Foles. But the team continues to win. 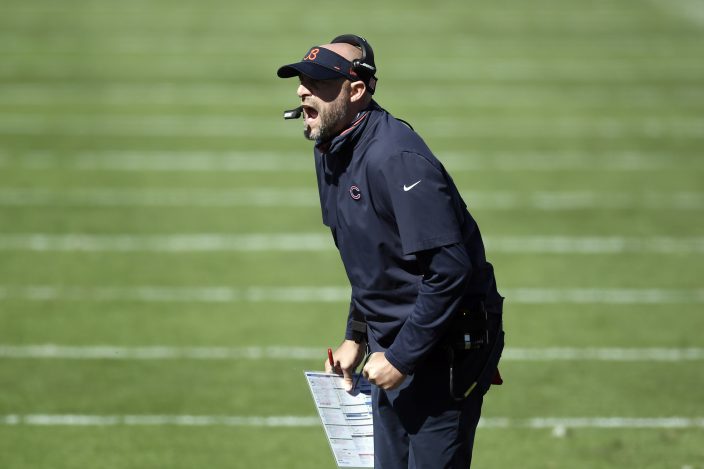 Chicago heads into a Monday night matchup with Jared Goff and the Los Angeles Rams with a 5-1 record and the NFC North lead. The Bears are off to their best start since the 2012 team won seven of its first eight games on the way to a 10-6 mark.

For that, they can thank their dominant defense. The offense, on the other hand, ranks among the worst in the NFL. And Foles heads into his fourth start still adjusting.

“I think it’s just human nature,” said Foles, acquired from Jacksonville in the offseason. “You’re with new people, you’re with a new offense, you’re in a new place, your family just moved. There’s a lot of moving parts. Getting the rhythm of where you are and people to understand you and understand how things are going.” 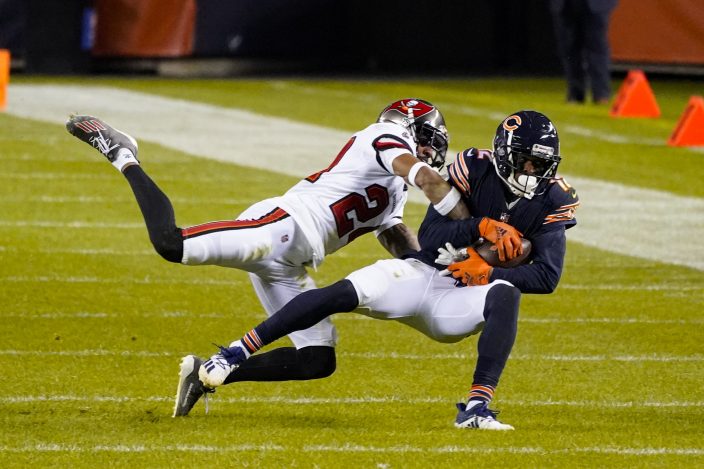 Foles had history with coach Matt Nagy and offensive coordinator Bill Lazor, and was familiar with the offense. But in some ways, he's playing catch-up.

The pandemic wiped out offseason workouts as well as exhibition games that would have given him more opportunities to get in sync with his new teammates and coaches. On top of that, he was splitting snaps with Trubisky in camp.

When the Bears decided to go with Foles during their comeback win at Atlanta last month, Nagy understood it would take time to find a rhythm.

The Bears rank 28th overall and in rushing, and they are among the worst in the NFL in yards per play, per run and per pass. Only five teams are averaging fewer points than Chicago at 21.3 per game. The Bears also struggled on offense last season.

Even so, receiver Allen Robinson insisted they're just a few big plays from a breakthrough.

With Aaron Donald potentially bearing down on Foles and Jalen Ramsey lurking in the defensive backfield, this could be a difficult week for Chicago. It's not like the Bears have been making things easy on themselves.

Their five victories are by a combined 20 points. They are the first team with two wins in the same season after trailing by 16 or more in the fourth quarter, according to the Elias Sports Bureau.

The Bears have a combined 126 yards rushing over the past three games after being held to 63 in their win at Carolina. By comparison, they ran for 414 yards in the first three weeks.

Some of that is on the blocking. The offensive line has struggled the past few games, and the Bears are down a starter with left guard James Daniels (pectoral injury) likely missing the remainder of the season.

As for Foles, he has a 62.5% completion rate with 878 yards, six touchdowns and four interceptions. Three of those TDs were in the win over the Falcons. And he has been picked off three times in the three games since then.

Trubisky, the No. 2 pick in the 2017 draft, didn't exactly light it up in his three starts. He completed 59.3% of his passes for 560 yards with six touchdowns and three interceptions.

That was enough to convince the Bears it was time to go with Foles.

“Each team’s different," Foles said. “It’s really just finding out who you want to be and what personalities you want to live in. That’s really what we’re in the process (of) now.”

NOTES: Offensive line coach Juan Castillo was at practice on Thursday. He quarantined and missed the Carolina game after coming in contact with someone away from the team who tested positive for COVID-19.

A family on the edge of society in ‘Acasa, My Home’

Just outside of Bucharest, a famil ...

Two teams so absent from champions ...