The Chicago Bears don't get much respect for a 5-1 team. They can only win ugly, or so the conventional wisdom goes, and their luck is supposedly going to end when they meet an elite opponent.

The Los Angeles Rams (4-2) looked like an elite opponent until last week, when an unsightly loss to San Francisco led to a re-evaluation of just how good this team is as well.

One of these teams is likely to come out of the longtime NFC rivals' meeting Monday night at SoFi Stadium with a win that will give a huge boost to having credibility as a contender. 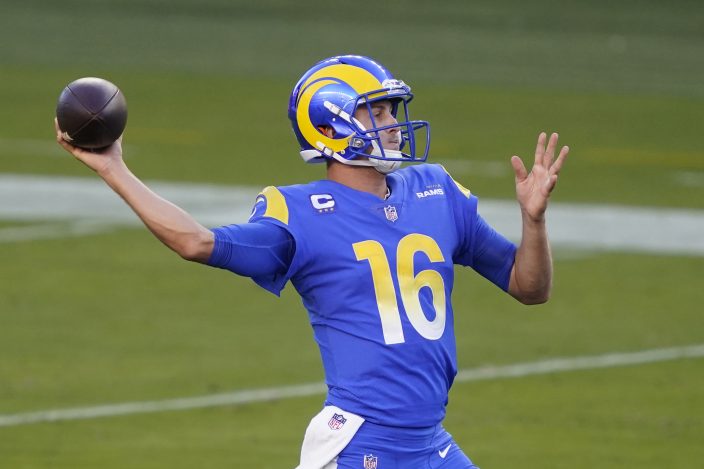 And if these clubs' recent history is any guide, their matchup will be decided by defense.

“Chicago is obviously a stout defense and a great defense, and we like to pride ourselves as a defensive team as well this year,” Rams safety Taylor Rapp said. “Anytime you can get that matchup with another great defense and have that showdown, it’s pretty cool."

The Bears and Rams have both thrived defensively this season, and that's not new. They've met twice in the previous two seasons, with Chicago embarrassing the Super Bowl-bound Rams in a freezing 15-6 victory in late 2018 before Los Angeles responded with a 17-7 win last year. 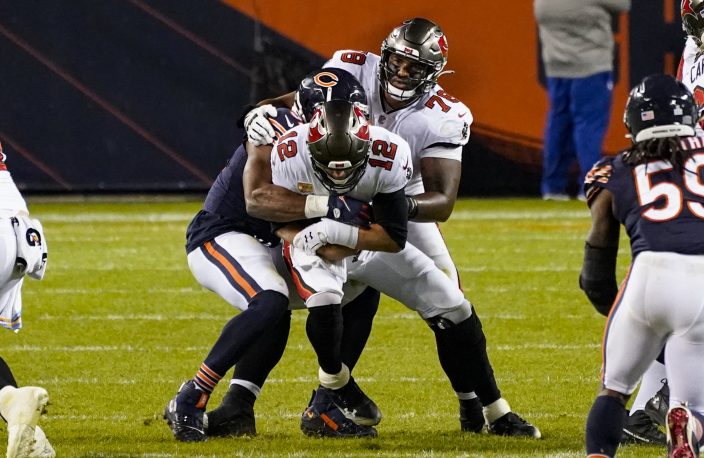 Chicago and Los Angeles are two of the seven NFL teams yielding fewer than 20 points per game this season, while both teams' quarterbacks are in need of a rebound game after similarly disappointing performances in which both threw for 198 yards. Nick Foles went 23 of 39 with an interception in the Bears' win over Carolina, while Jared Goff was 19 of 38 with a pick against the Niners.

Here are more things to watch in the Rams' third home game of the season: 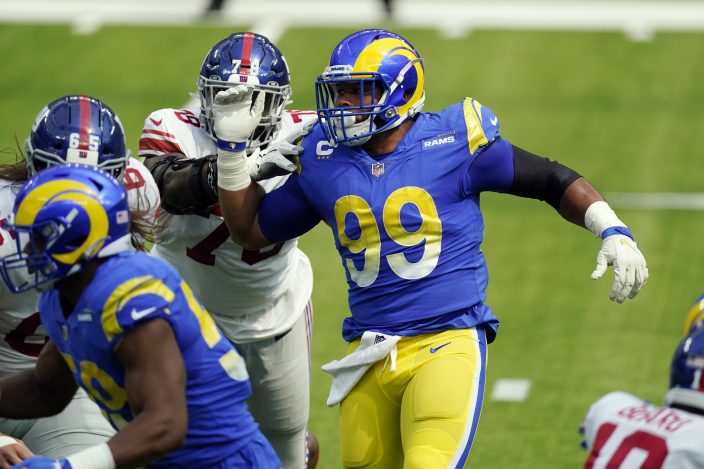 The Bears are off to their best start since the 2012 team won seven of its first eight games on the way to a 10-6 record. They’re 5-0 against the NFC, and they’re also 3-0 on the road for the first time since the 2006 Super Bowl team.

They’re just not making it easy on themselves, with five wins by a combined 20 points. They can thank their top 10 defense for carrying them to the top of the NFC. And they have to hope their struggling offense finds a higher gear.

The Bears haven’t had much better luck moving the ball with Foles starting the past three games than they did with Mitchell Trubisky the first three. Foles has completed 62.5% of his passes for 878 yards with six touchdowns and four interceptions since he took over.

The Bears aren’t getting much from their run game, either. Chicago has 126 yards rushing the past three games, compared to 414 the first three weeks, and the offensive line is down a starter with left guard James Daniels (pectoral) sidelined.

Rams defensive coordinator Brandon Staley was the Bears' outside linebackers coach in 2017 and 2018 under Vic Fangio. The job was Staley's first in the NFL, but he has rocketed into a position of prominence in just three seasons. He credits his experience with the Bears for his rapid rise.

“I know it will be good to see a lot of those players that I was fortunate to coach, because the truth is they're one of the biggest reasons I'm in this role,” Staley said. “Guys like Akeem Hicks, Kyle Fuller, Khalil Mack, Danny Trevathan, Roquan Smith, Eddie Jackson, all those guys are deeply responsible for me having this opportunity. I love those guys. I have the utmost respect for them, and it's going to be exciting to compete against them.”

Teammates in Jacksonville in 2016 and 2017, Ramsey was the winner in their lone meeting. The Rams beat the Bears 17-7 at the Los Angeles Memorial Coliseum last November, and Robinson struggled to get open, catching just four passes for 15 yards. His only game with fewer receptions in 2019 was against Philadelphia, when he had one for 6 yards.

“He’s a physical corner,” Robinson said. “I think that everybody’s looking forward to it. What he brings to the table is the physicality and things like that, but again, myself, I’m looking forward to it. Again, call me old-fashioned ... but Jalen is one of those competitors where he’s gonna compete for all four quarters.”

The Rams like to move Ramsey around, sometimes having him line up at right cornerback and in the slot.

The Rams’ rushing game has been largely strong whenever coach Sean McVay has used it regularly. Darrell Henderson is averaging 4.8 yards per carry for Los Angeles, ranking him in the NFL's top 10 among running backs. Chicago’s defense has better numbers against the pass than the run, but still has given up just one 100-yard game by a running back this season.