Alex Wood has experience starting in the World Series for the Dodgers. While in a different role now, the left-hander could be an intriguing option if Los Angeles needs another starter in this Fall Classic.

“When you get to this point in the year, all bets are off. When you get your opportunity to go in, throw up a zero or get your team to the next inning to have a chance to win, I'm just trying to contribute,” Wood said Thursday, a day off at the World Series. “I think my role is increasing as we’ve gone forward. And I feel pretty good. So hopefully I’ll continue to have some more opportunities.”

Wood returned to LA as a free agent last winter after being traded to Cincinnati the previous offseason, but missed a month of this pandemic-shortened regular season because of a shoulder injury in his first start, and went to the bullpen after returning in September. He was added to the playoff roster for the NL Championship Series, threw 1 2/3 innings against Atlanta, and added two scoreless innings against Tampa Bay in Game 2 of the World Series. 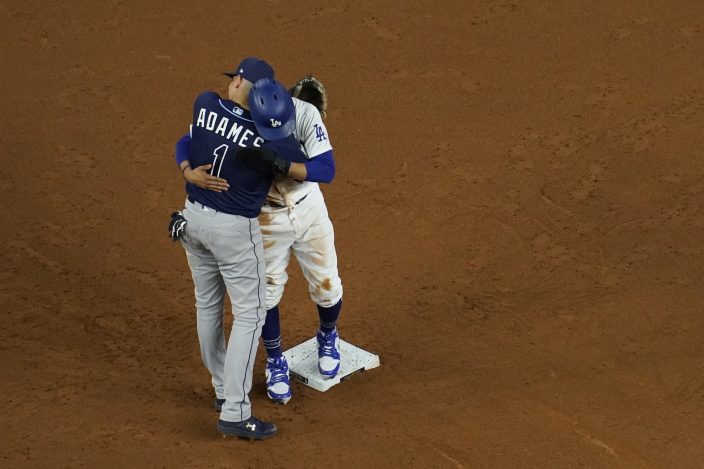 The lefty was the sixth of seven Dodgers pitchers in a planned bullpen game, a 6-4 loss Wednesday night that evened the World Series at a game each. Every pitcher got at least three outs, with Wood's the longest outing.

After going 16-3 as a starter during the 2017 regular season, Wood allowed one run over 5 2/3 innings in his Game 4 start of the World Series for the Dodgers. He threw the final two innings of Game 7 won by Houston, then made three relief appearances in the 2018 World Series soon before getting traded. He made only seven starts for the Reds while dealing with back issues in 2019.

Walker Buehler starts Game 3 for the Dodgers on Friday night, and could go on regular rest in a Game 7, if the Series goes the full distance. Julio Urías, 4-0 over a start and three relief appearances this postseason, is scheduled for Game 4, a night before Game 1 winner Clayton Kershaw on regular rest Sunday night. That could leave Game 6 open, unless Buehler was brought back on short rest. 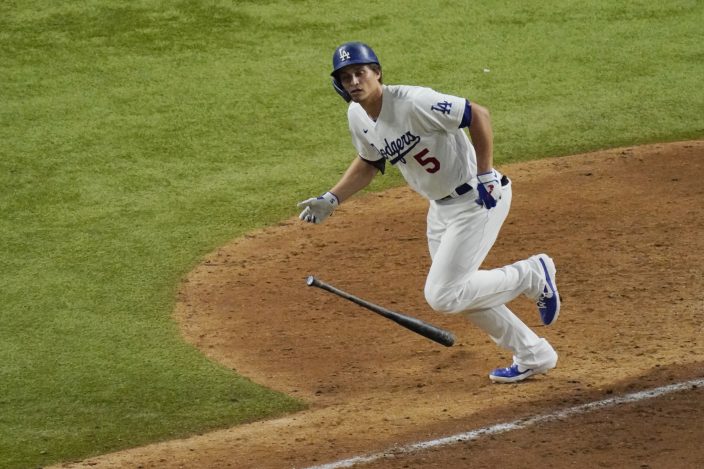 “I’m not thinking about that at all,” Wood said. “I came here for one reason and one reason only, and that was to win a World Series. And we’re right here on the cusp of doing something special, something that hasn’t be done in a long time. And I’m just really grateful to be a part of it and be contributing."

Tampa Bay shortstop Willy Adames and Dodgers right fielder Mookie Betts hugged when they met at second base during the World Series opener. 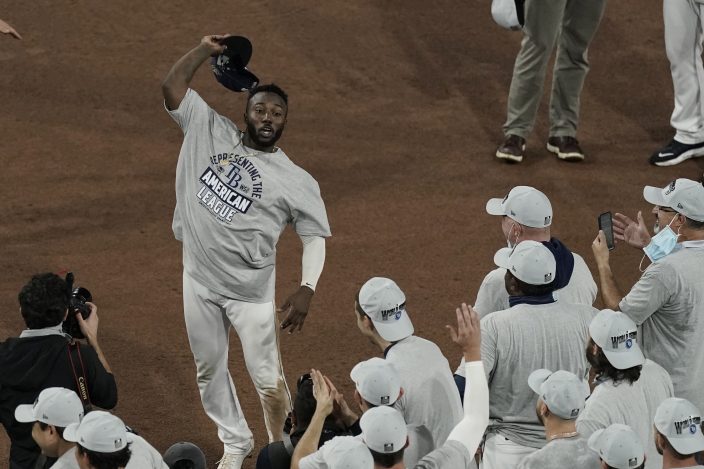 Adames said he first met Betts after getting called up by the Rays in 2018, when Betts was still playing for the Boston Red Sox and the year he was the AL MVP.

“Since then, every time I get to second he says hi to me, he talks to me and he treats me like he knew me his whole life,” Adames said Thursday. “And for me that means a lot to me. That’s a player that you look up to and you enjoy watching him play, the energy he brings to the game. Everything he brings to the game is special.”

There are even text exchanges off the field between the two, who now in different leagues on different coasts don’t play against each other as often as they did when both were in the AL East. When Betts got to second base in Game 1 on Tuesday night, he asked Adames for the hug.

“He was like, ‘Hey, come here little brother. I haven’t seen you in a while.’ And that means a lot. That means the world to me,” Adames said. “That tells you how special he is and such a great person, such a great heart.”

Tampa Bay rookie left fielder Randy Arozarena and Dodgers shortstop Corey Seager have both hit seven home runs this postseason — the first time that two players have gone deep that many times in the same year.

Seager's seven homers are already a Dodgers postseason record, and most ever for any MLB shortstop.

Six of Seager's homers this postseason have come at Globe Life Field, the new $1.2 billion home of the Texas Rangers where the neutral-site World Series is being played. The Dodgers also played there for their NL Division Series and NL Championship Series, and Seager also homered when the Dodgers played three games there during the regular season.

His seven homers overall at Globe Life are the most by any player, surpassing the top two Rangers, Rougned Odor (six) and Joey Gallo (five).