This photo gallery highlights some of the most compelling images made or published by Associated Press photographers in Asia and Pacific.

The gallery was curated by AP photo editor Masayo Yoshida in Tokyo. 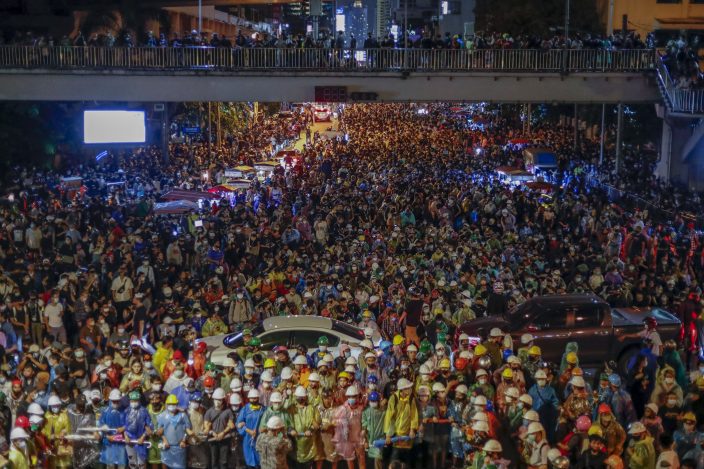 Pro-democracy activists march to the Government House, prime minister's office during a protest march in Bangkok, Thailand, Wednesday, Oct. 21, 2020. Thailand's prime minister on Wednesday pleaded with his countrymen to resolve their political differences through Parliament, as student-led protests seeking to bring his government down continued for an eighth straight day. (AP PhotoSakchai Lalit) 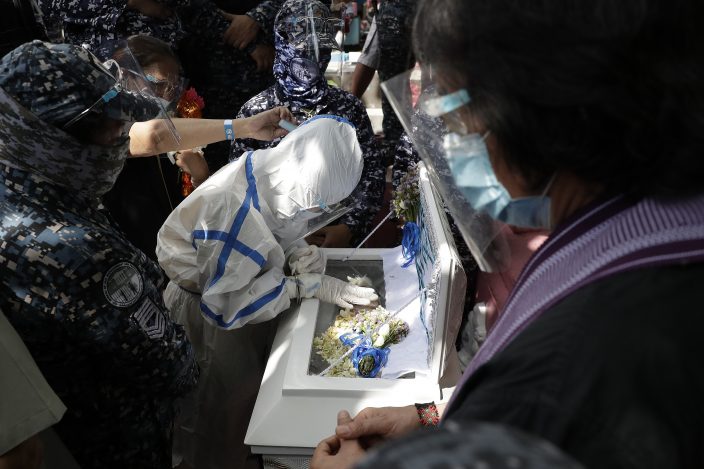 Detained left-wing activist Reina Mae Nasino in handcuffs and wearing protective suit to prevent the spread of the coronavirus touches the coffin of her three-month-old firstborn named River during funeral rites at Manila's North Cemetery, Philippines on Friday Oct. 16, 2020. Left-wing groups on Friday decried the treatment as brutal of Nasino, who was allowed by a Manila court to attend her baby's burial but was restrained with handcuffs, a sweltering protective suit and swarms of armed escorts as she quietly wept. (AP PhotoAaron Favila) 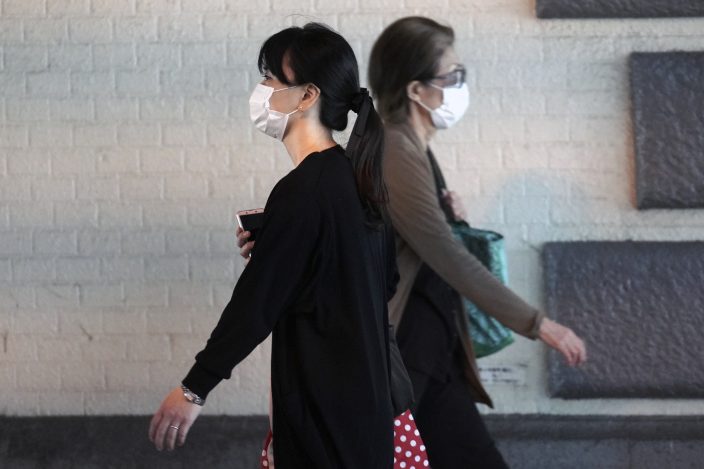 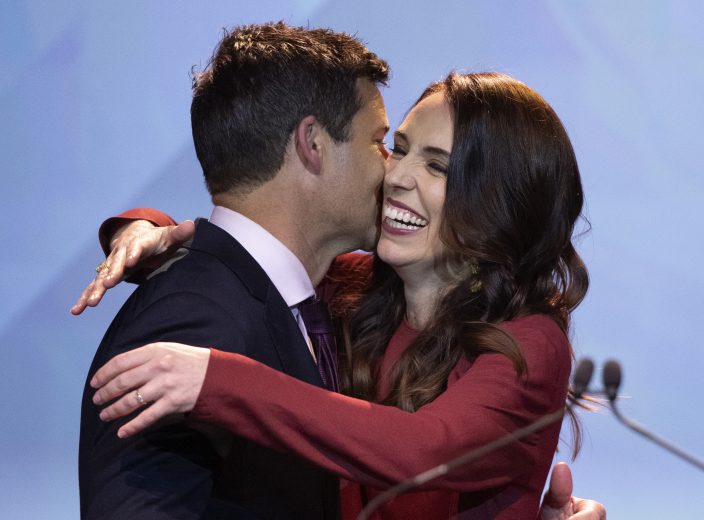 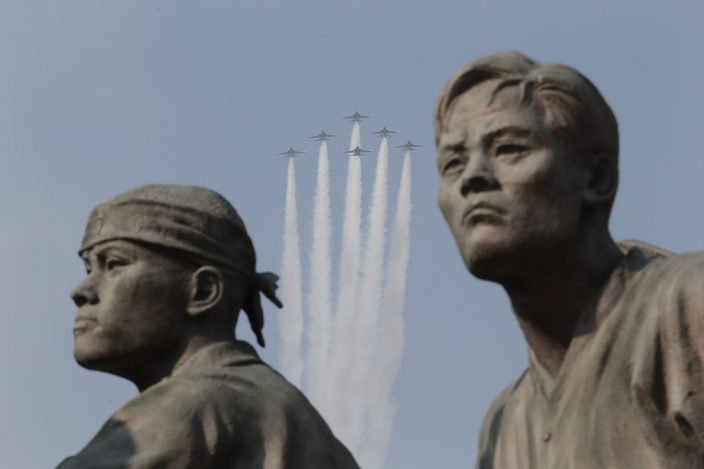 South Korea's Black Eagles aerobatic flight team performs over a monument in remembrance of the Korean War during a rehearsal for the upcoming ceremony of Changjin Lake Battle memorial day during the Korean War in 1950, at the Korea War Memorial Museum in Seoul, South Korea, Monday, Oct. 19, 2020. South Korea will hold the ceremony on Oct. 27. (AP PhotoAhn Young-joon) 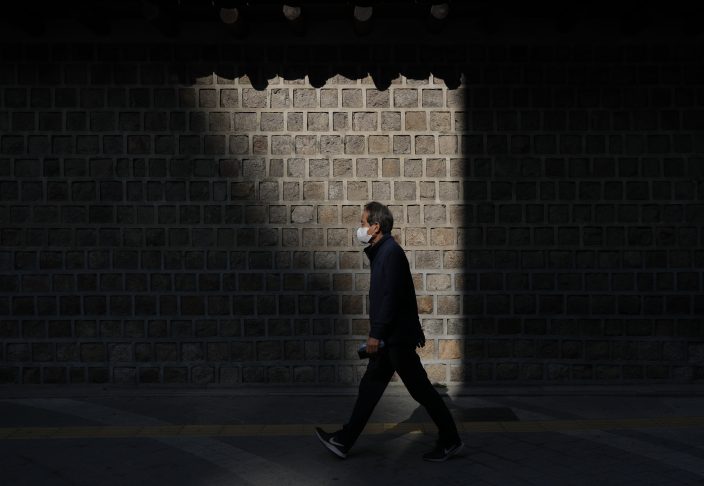 A man wearing a face mask as a precaution against the coronavirus, walks along a wall outside the Deoksu Palace, one of South Korea's well-known landmarks, in downtown Seoul, South Korea, Tuesday, Oct. 20, 2020. (AP PhotoLee Jin-man) 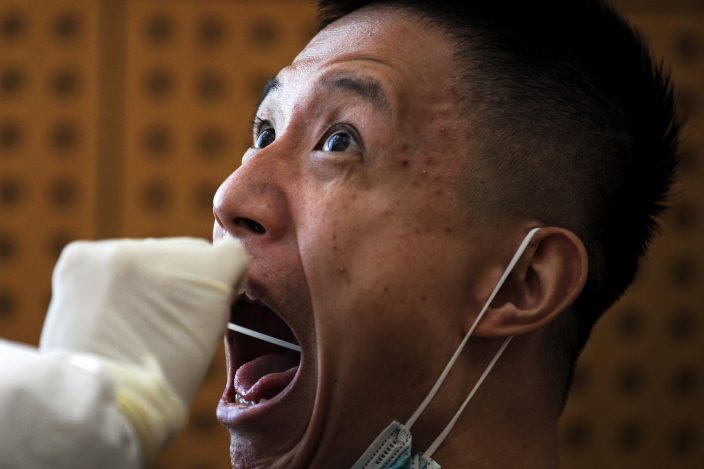 A medical staff takes a swab from a man who was invited to attend the commemorating conference on the 70th anniversary of the Chinese army entering North Korea to resist the U.S. army, for the coronavirus test, at a hotel in Beijing, Thursday, Oct. 22, 2020. The number of confirmed COVID-19 cases across the planet has surpassed 40 million, but experts say that is only the tip of the iceberg when it comes to the true impact of the pandemic that has upended life and work around the world. (AP PhotoAndy Wong) 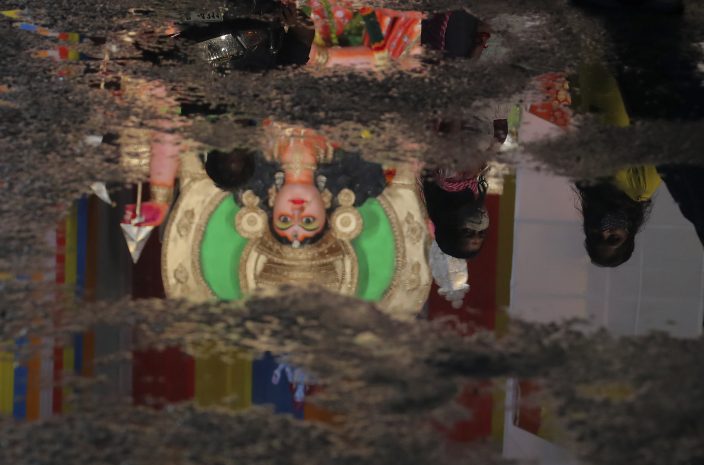 Indian devotees wearing face masks as a precautionary measure against the coronavirus stand in front of an idol of goddess Durga, reflected in a puddle created by rain water, during Durga Puja festival in Hyderabad, India, Tuesday, Oct. 20, 2020. Health officials have warned about the potential for the coronavirus to spread during the upcoming religious festival season, which is marked by huge gatherings in temples and shopping districts.(AP PhotoMahesh Kumar A.) 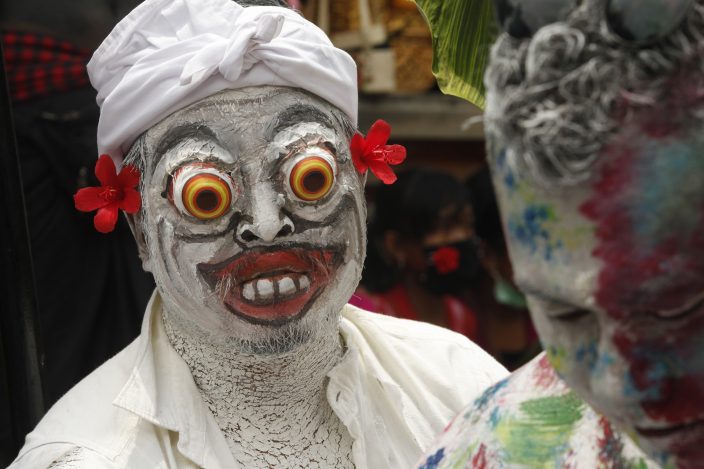 A Balinese man participates in the Hindu ritual of "Grebeg" at the Tegalalang village in Bali, Indonesia on Thursday, Oct. 22, 2020. In this biannual ritual, participants paint their bodies with colorful paint and parade around their village to ward off evil spirits. (AP PhotoFirdia Lisnawati) 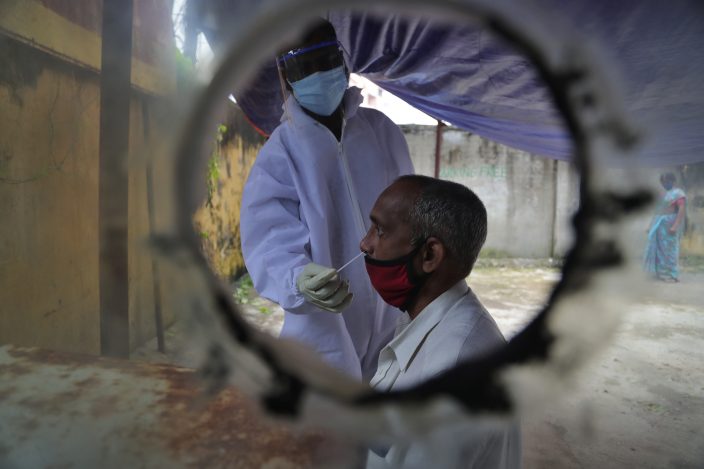 A health worker collects the nasal swab sample of man to test for COVID-19 standing outside his enclosure after it became damp due to rain in Hyderabad, India, Tuesday, Oct. 20, 2020. (AP PhotoMahesh Kumar A.)

The Latest: Broncos have no new positives, resume pract ...