Moderator Kristen Welker — with the help of an offstage mute button — helped give Americans the substantive, crackling debate over leadership that had been missing so far during the 2020 presidential campaign.

Midway through the debate, she even received a compliment from the Republican president, who said, “So far, I respect very much the way you handled this.” 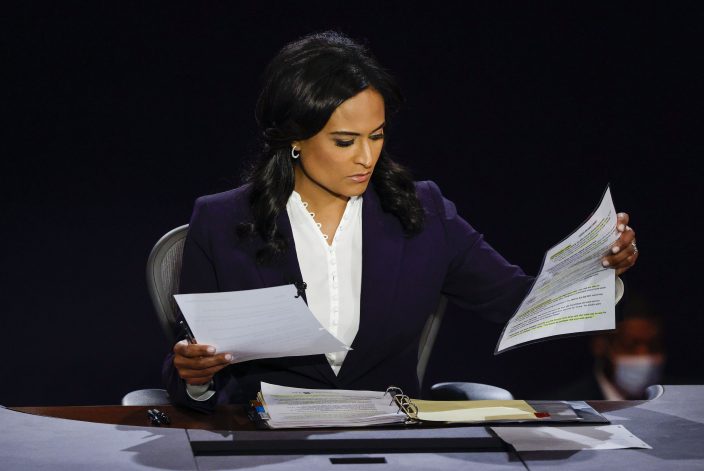 Welker also benefited from a different Trump, who resisted the interruptions that spoiled his first debate with Biden. The second was canceled when Trump objected to a virtual format after he caught COVID-19, replaced by dueling town hall meetings that satisfied no one.

“I'm jealous,” said Fox News Channel's Chris Wallace, moderator of the first debate. “I would have loved to have been able to moderate that debate and get a real exchange of views instead of hundreds of interruptions.”

Shortly before Thursday's encounter, the debate commission said it would shut off the microphone of a candidate to give his opponent a chance to get through a two-minute answer when a new subject was introduced. It seemed to work mostly as a deterrent; neither candidate tried to shout through the silence. 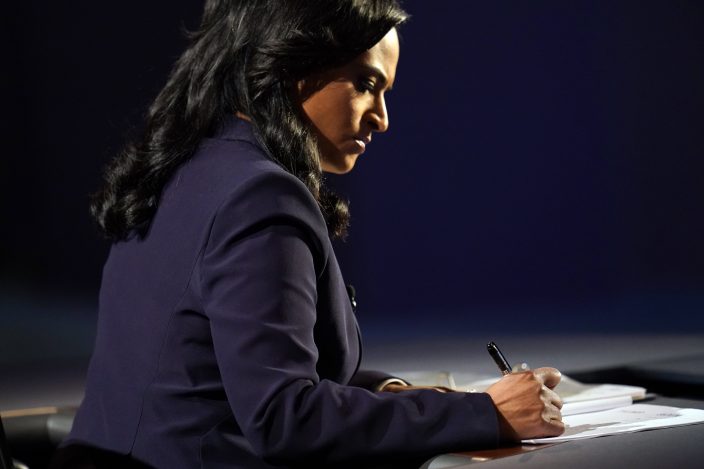 When the candidates were allowed to more directly engage, Welker was generally successful in striking the balance between giving them room and cutting off the discussion when it was becoming unproductive.

“Ten seconds, Mr. President, then I have to move on,” she said during a health care discussion.

She was attuned to the news, asking Trump how he would reunite families separated at the southern border following the revelation that the government had lost track of the parents of hundreds of children. She twice followed up when the president didn't directly address the question.

Welker had a sharp retort to Trump when he dodged a question on why the government had failed to agree on a new stimulus package for families suffering financially from the coronavirus.

“Because Nancy Pelosi doesn't want to approve it,” he said.

“But you're the president,” Welker replied.

Welker asked Biden to directly address Americans who feared that his approach to health care would mean too much government involvement, and to square his desire to improve the environment without harming the economy.

She also didn't shy away from recent stories about Biden's son Hunter's involvement in foreign companies and allegations that he took advantage of his father's role as vice president. Somewhat oddly, it was Biden who first brought it up by criticizing Trump's lawyer, Rudolph Giuliani.

"Was there anything about these relationships that was inappropriate or unethical?' Welker asked.

Similarly, in talking about recent reports of a Trump bank account in China, she asked the president, “How can voters know that you don't have any conflicts of interest?”

Welker, a 44-year-old Harvard graduate who was the first Black woman to moderate a presidential debate since 1992, asked the candidates in personal terms what they would say to minorities who felt they had prepare their children for the possibility that law enforcement could target them for the color of their skin.

Some conservatives said on social media that they believed Welker was quicker to cut Trump off than Biden and introduced subjects — the coronavirus, race and climate change — that helped the Democrat.

But she received praise for her performance from across the political spectrum, including conservative personalities Ben Shapiro and Brit Hume.

“Kristen Welker is putting on a master class on how to moderate a presidential debate,” tweeted Philip Rucker, a Washington Post reporter.