This photo gallery highlights some of the most compelling images made or published by Associated Press photographers in Latin America and Caribbean. 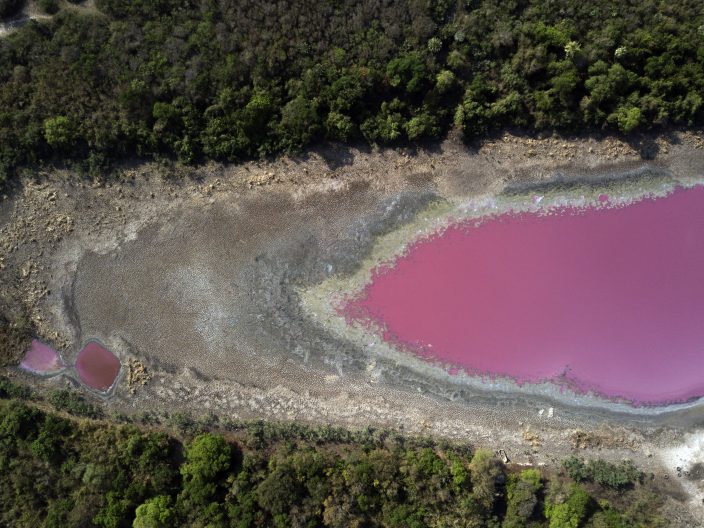 The bed of the Cerro Lagoon is dry and cracked from an extended drought, holding purple water due to untreated waste from a tannery company, in Limpio, which means "clean," Paraguay, Wednesday, Oct. 21, 2020. The Environment Ministry has proposed the Waltrading S.A. tannery company be closed due to the presence of heavy metals like chromium, commonly used in the tannery process. (AP PhotoJorge Saenz) 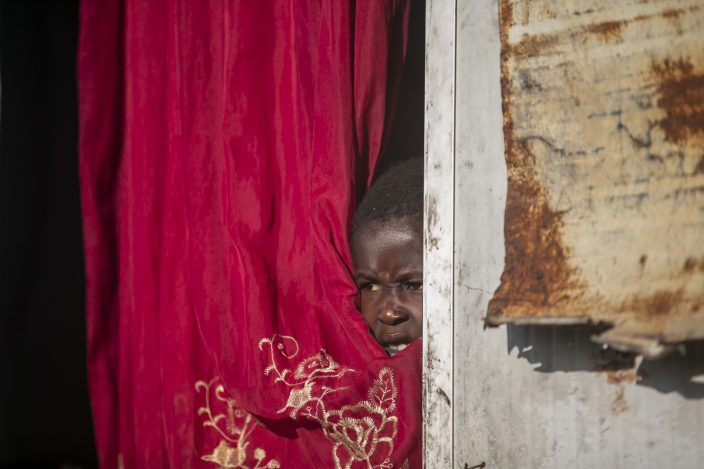 Jonelson Princeton, 7, who survived cholera as a newborn, peers out from inside his home which was once used as an office, on a former UN base where he lives with his parents and grandmother in Mirebalais, Haiti, Monday, Oct. 19, 2020. Ten years after a cholera epidemic swept through Haiti and killed thousands, families of victims still struggle financially and await compensation from the United Nations as many continue to drink from and bathe in a river that became ground zero for the waterborne disease. (AP PhotoDieu Nalio Chery) 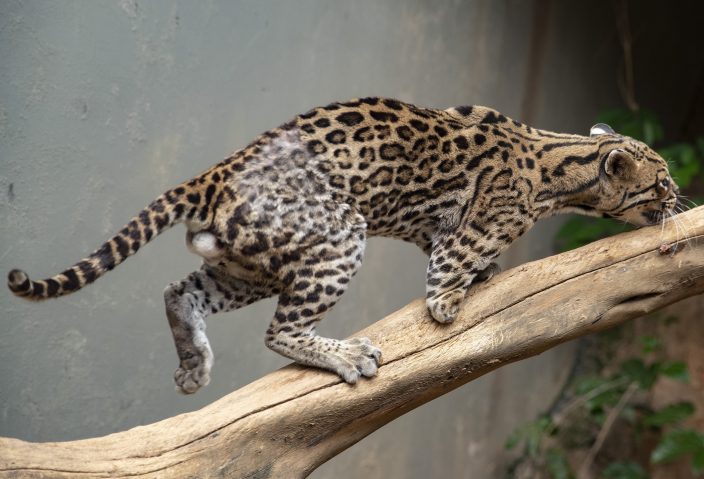 An injured ocelot that lost part of its leg when it was run over by a car climbs a branch inside its cage at the Mata Ciliar NGO in Jundiai, Brazil, Tuesday, Oct. 20, 2020. The association treats animals that have been victims of fires, environmental disasters or of traffickers, and rehabilitates the wild animals in order to release them to their natural habitat. (AP PhotoAndre Penner) 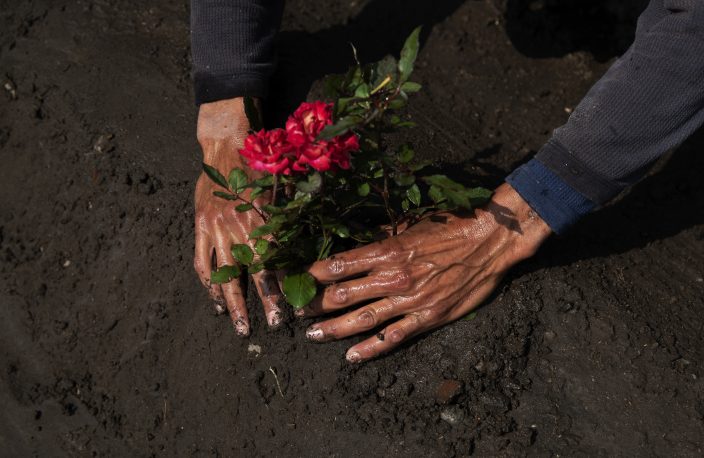 Cemetery worker Jorge Arvizu plants a rose bush on a grave at the municipal cemetery Valle de Chalco amid the new coronavirus pandemic, on the outskirts of Mexico City, Tuesday, Oct. 20, 2020. Mexican families traditionally flock to local cemeteries to honor their dead relatives as part of the "Dia de los Muertos," or Day of the Dead celebrations, but according to authorities the cemeteries will be closed this year to help curb the spread of COVID-19. (AP PhotoMarco Ugarte) 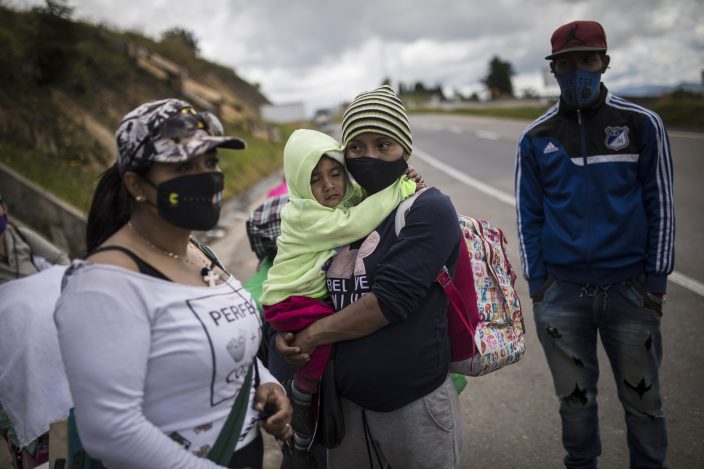 Venezuelan migrants rest as they walk towards Bogota, passing through Tunja, Colombia, Tuesday, Oct. 6, 2020. Immigration officials in Colombia expect 200,000 Venezuelans to enter the country in the following months, enticed by the prospects of earning higher wages and sending money home to feed their families. (AP PhotoIvan Valencia) 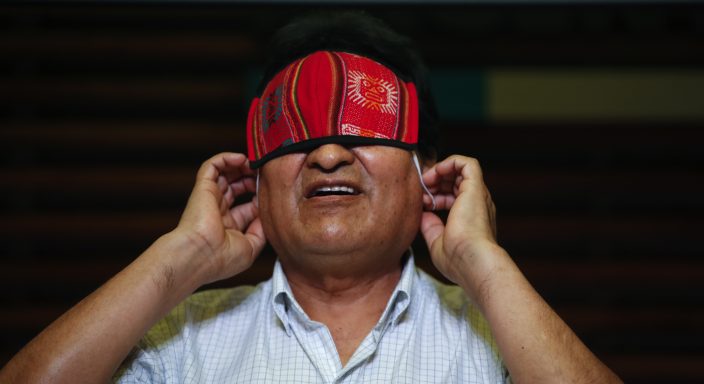 Former Bolivian President Evo Morales puts on his mask, amid the COVID-19 pandemic, after giving a press conference in Buenos Aires, Argentina, one day after general elections in his home country, Monday, Oct. 19, 2020. Morales’ party claimed victory in a presidential election that appeared to reject the right-wing policies of the interim government that took power in Bolivia after the leftist leader resigned and fled the country a year ago. (AP PhotoNatacha Pisarenko) Indigenous protesters wash up before marching in Bogota, where they traveled in a caravan from the interior of Colombia, Monday, Oct. 19, 2020. The leaders of the Indigenous communities say they are mobilizing to reject massacres, assassinations of social leaders, criminalization of social protest, to defend their territory, democracy and peace, and plan to stay in the capital for a nationwide protest and strike on Oct. 21. (AP PhotoFernando Vergara) 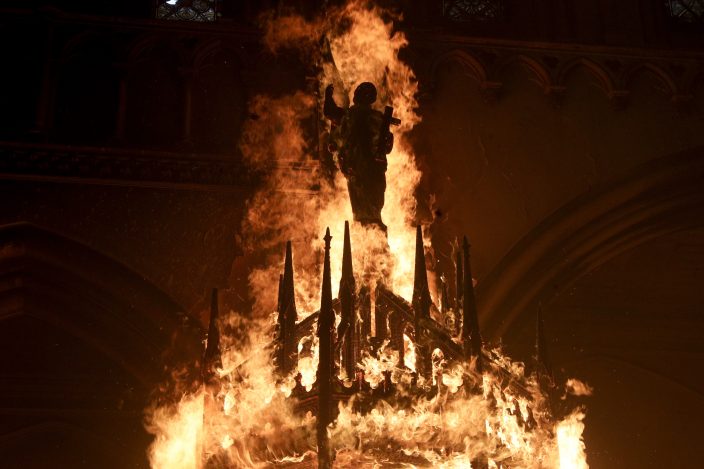 The statue of a saint is engulfed in flames after protesters torched the San Francisco de Borja church, a favorite of Chile's national police force, on the one-year anniversary of the start of anti-government mass protests over inequality in Santiago, Chile, Sunday, Oct. 18, 2020. (AP PhotoEsteban Felix) 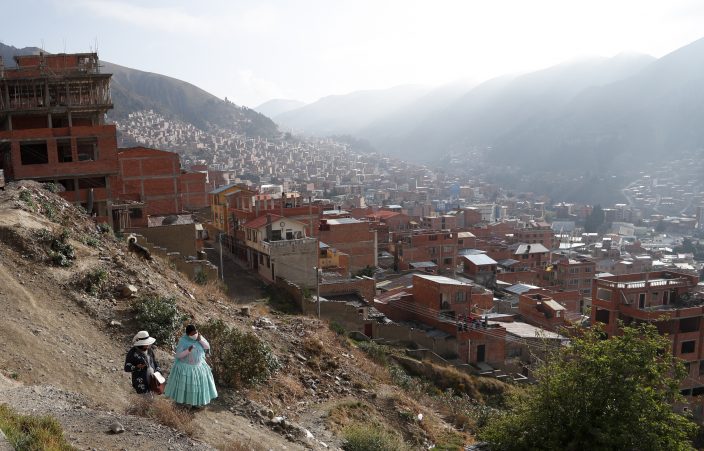 Women walk along a path before the opening of the polling stations for general elections in El Alto, Bolivia, Sunday, Oct. 18, 2020. Bolivia appeared Monday to be shifting sharply away from the conservative policies of the U.S.-backed interim government that took power last year after leftist President Evo Morales resigned, with the self-exiled leader’s party claiming victory in a weekend presidential election. (AP PhotoJuan Karita) 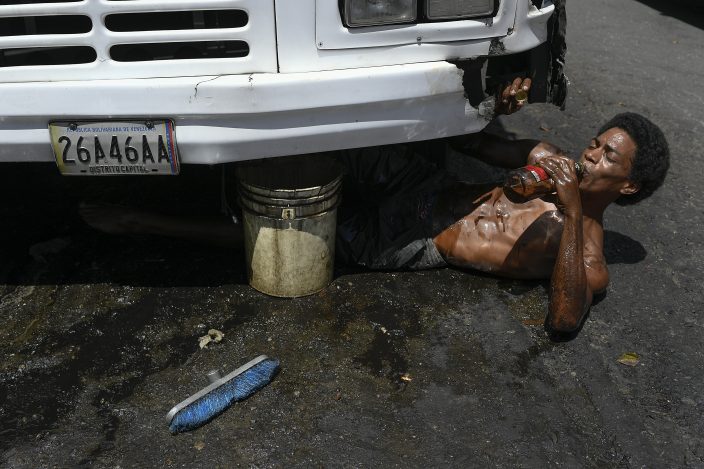 Jose Gregorio Machado takes a swig of rum while cleaning the underside of a bus, in the Petare neighborhood of Caracas, Venezuela, Saturday, Oct. 17, 2020. Machado cleans public transportation buses for $5 U.S. dollars per bus. He says that on a good day he gets to clean seven buses with the help of his cousin. "I make my living honestly," says Machado. (AP PhotoMatias Delacroix)