Černý, a Czech rider with CCC Team, soloed to his first victory in a Grand Tour at the end of the 124-kilometer (77-mile) route to Asti.

He launched his attack from a breakaway group about 20 kilometers (12 miles) from the finish to beat Victor Campenaerts by 18 seconds. Jacopo Mosca won a sprint for third, 26 seconds behind. 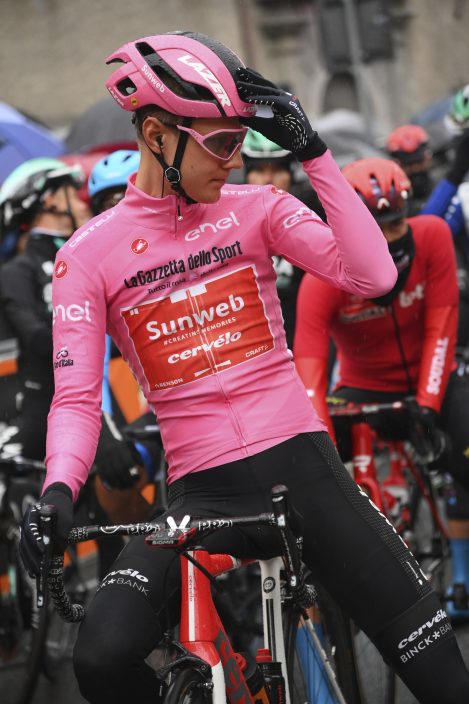 Wilco Kelderman of The Netherlands sports his new pink jersey of the race overall leader at the start of the 19th stage of the Giro d'Italia cycling race from Morbegno to Asti, northern Italy, Friday, Oct. 23, 2020. (Gian Mattia D'AlbertoLaPresse via AP)

The route was slashed in half shortly before the start in Morbegno.

It was meant to be the longest stage of the race, at 258 kilometers (160 miles), but riders were upset at having to endure such a lengthy stage in poor weather conditions in the third week of the Giro and sandwiched between difficult mountain stages. 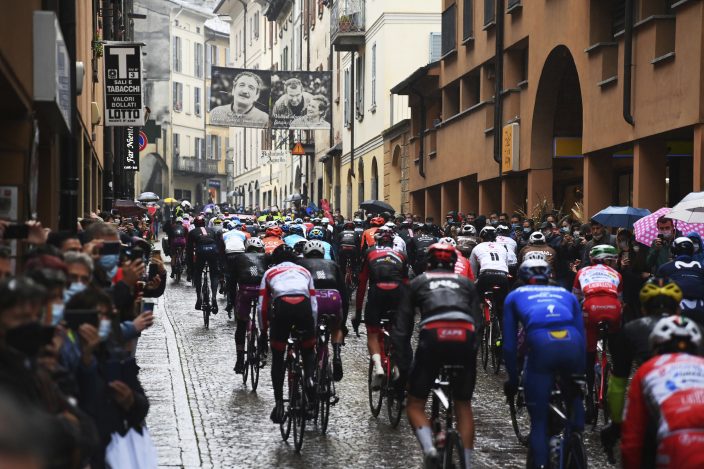 Cyclists pedal at the start of the 19th stage of the Giro d'Italia cycling race from Morbegno to Asti, northern Italy, Friday, Oct. 23, 2020. (Gian Mattia D'AlbertoLaPresse via AP)

The organizers agreed to alter the route. The peloton rolled out from Morbegno in Lombardy in a downpour but stopped after eight kilometers (five miles) to wait for team buses to transfer them to the new start in Abbiategrasso.

Saturday’s penultimate stage was altered earlier in the week, cutting out two of the most difficult climbs of the race.

French authorities withdrew their permission for the Giro to cross into France because of new restrictions following a spike in coronavirus cases in the country. 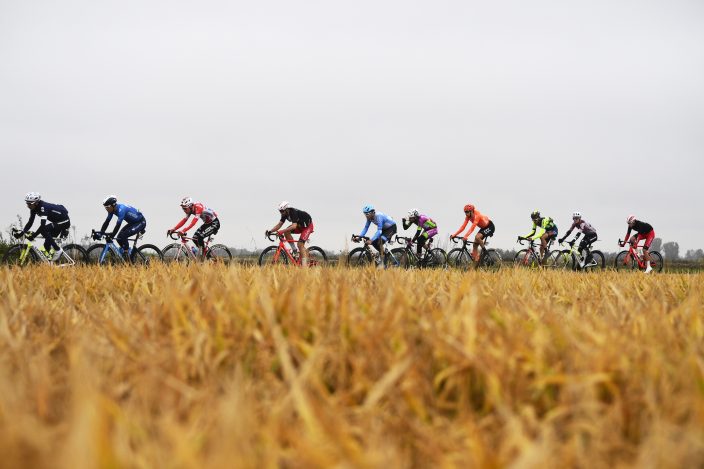 Cyclists pedal during the 19th stage of the Giro d'Italia cycling race, from Morbegno to Asti, Italy, Friday, Oct. 23, 2020. (Fabio FerrariLaPresse via AP)

The 20th stage will no longer go up the Colle dell’Agnello and cross into France for the Col d’Izoard, but will instead climb to Sestriere three times on an altered 190-kilometer (118-mile) route.

The Giro was rescheduled from its usual May slot because of the coronavirus pandemic. The race ends on Sunday with an individual time trial in Milan.