The documentary genre’s power of immediacy is evident in “Not Done: Women Remaking America," which includes the still-unfolding possibility of the first Black female vice president and the loss of Breonna Taylor.

The film depicts a powerful female-driven advocacy, one represented by Black Lives Matter, #MeToo and other 21st-century movements that have built on and transcended past efforts.

“There is a newfound language around who gets to claim feminism,” Black Lives Matter co-founder Patrisse Cullors says in the film debuting Tuesday on PBS (check local stations for time). 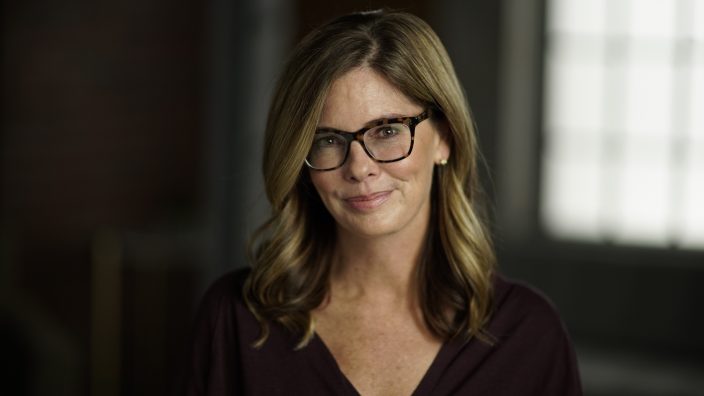 This image released by PBS shows CEO of Bad Robot Productions and co-founder of TIME’S UP, Katie McGrath, during the filming of the documentary “Not Done: Women Remaking America,” debuting Tuesday on PBS stations. (PBS via AP)

Or as Gloria Steinem puts it: “Now it’s a majority and it’s unapologetic. Now we know it’s a revolution."

While the enduring feminist leader provides context, this era's activists are center stage. Among the voices: a Native American who's in her teens but already a veteran activist with a global perspective —and gender confidence.

“Not Done” is an extension of 2013's “Makers: Women Who Make America,” about the late 20th-century quest for female equality, and a 2014 follow-up series. There's also an ongoing Makers initiative to advance the cause.

“Part of what was becoming obvious about the period we were living through was that women were back in the streets” after settling into complacency, said Sara Wolitzky, the film's director. There's an "awakening that sexism, racism and transphobia are entrenched” and collective action is required.

Women leading the charge is nothing new, although their work often has gone uncredited, Cullors said in an interview.

In America's civil rights movement, “the most visible have always been men.... I think there was an unfortunate perspective that women were to contribute, but not receive any accolades for the contribution that we’ve given,” she said.

There's a who’s who of activists in “Not Done,” which moves briskly from historical prologue through the roller coaster ride the country has been on since Democratic presidential contender Hillary Clinton failed to shatter what she called the highest, hardest glass ceiling.

Her 2016 loss to Donald Trump fueled the nationwide women’s march, which quickly revealed the fractures that haunted the “second wave” feminism of the 1960s and ’70s: what critics saw as a blinkered focus on white women’s issues.

Before thousands of pink hats bobbed down America's streets, the initially white-organized event was called out by women of color who were giving it “kind of side-eye,” Linda Sarsour recounts in the film.

“I'm supposed to go follow, like, a bunch of white ladies who never marched with us before?" was the reaction, she said. When Sarsour pointed out the need for others to be included, including Muslims, she was among those invited to join as leaders.

When “Not Done" pivots to the issue of sexual abuse, it calls on Jodi Kantor and Megan Twohey of The New York Times to detail their reporting that toppled Hollywood powerbroker Harvey Weinstein and propelled the #MeToo crusade originated years before by Tarana Burke.

America Ferrera, Natalie Portman and other celebrities got involved (leading to creation of the Time's Up initiative) and found an unlikely ally: the National Women’s Farm Workers Association, which offered its support over a shared problem.

“It was such a revolutionary act of love,” Ferrera says in the film. “They saw past vast things that divide our experiences in this world, and chose to stand in solidarity.”

There's a retelling of how Black Lives Matter was launched by Cullors, Opal Tometi and Alicia Garza after Florida jurors acquitted the man who killed teenager Trayvon Martin. The three founders insisted on melding feminism and racial justice.

“Patrisse and I and Opal have been very clear from the beginning that it’s all of us or none of us. Black women, black queer and trans folks are disproportionately impacted by the criminal justice system, by policing, by issues of safety, violence, and harm,” Garza says in the film.

“Not Done” also recounts the rancorous confirmation hearing for Supreme Court nominee Brett Kavanaugh and the rise of female lawmakers. It concludes with footage of Democratic vice presidential contender Kamala Harris expressing her gratitude to “the heroic and ambitious women before me,” and a portrait of Kentucky police shooting victim Taylor gracing the expanse of an outdoor sports court.

While equality and justice are very much works in progress there is reason for optimism, Wolitzky said.

"The one thing you know for sure is that all of the women that we see in the film are incredibly brilliant, courageous and determined. Women are are not going to be giving up,” she said.