Aston Villa's perfect start to the English Premier League was ended by Leeds 3-0 on Friday.

Villa had never won its opening five league games. And it still hasn't after this defeat saw it miss the chance to top the Premier League for the first time since October 2001.

The little piece of history was earned by Patrick Bamford, whose second-half hat trick made the striker only the second player to score in each of Leeds' opening three away games in a top-flight season, after Gordon Hodgson in 1937. 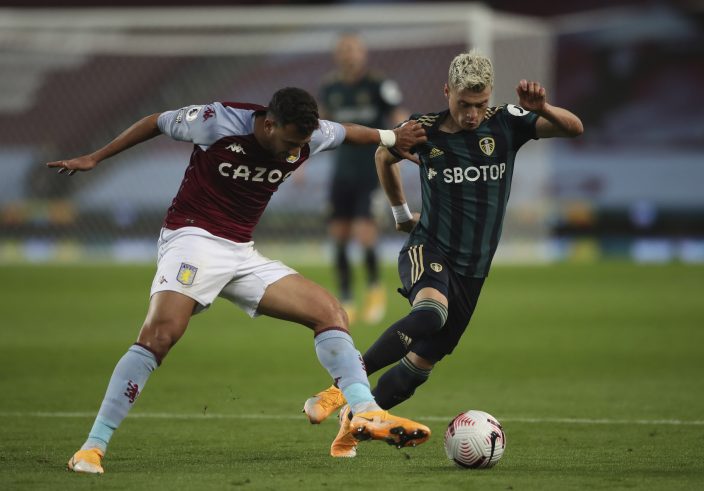 It took Bamford to six Premier League goals as Marcelo Bielsa's team continued their impressive return to the top division.

Leeds enjoyed the better of the opening 25 minutes but survived a penalty scare late in the half when Villa captain Jack Grealish went down under a challenge from Helder Costa just inside the area. Referee Paul Tierney waved away the appeals and his decision was supported by a VAR check.

Villa started the second half better, but Leeds went ahead after 55 minutes. Ezgjan Alioski and Jack Harrison spearheaded a counterattack, with the latter picking out the run of Rodrigo into the area. His effort was initially palmed away by Emiliano Martinez, but Bamford was lurking to slot home the loose ball at the far post. 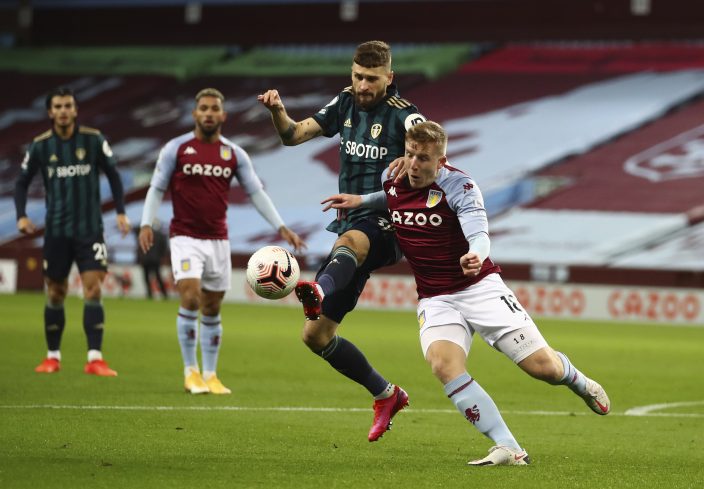 Leeds doubled its lead shortly afterwards. Bamford curled a shot into the top corner from just outside the area with unerring accuracy.

Bamford completed his hat trick after 74 minutes, showing good feet to work a yard of space inside the penalty area before curling the ball beyond Martinez.

Leeds was creating chances at an alarming rate and Bamford had an opportunity for a fourth but looped his header into the goalkeeper’s arms, then Pablo Hernandez wildly blazed a shot over the crossbar when he had time and space to do much better.