An estimated 63 million viewers tuned into the debate featuring Trump and Biden Thursday night, the Nielsen company said Friday. The debate was hosted at Belmont University in Nashville, Tennessee.

The numbers were tallied between 15 networks that aired the debate. 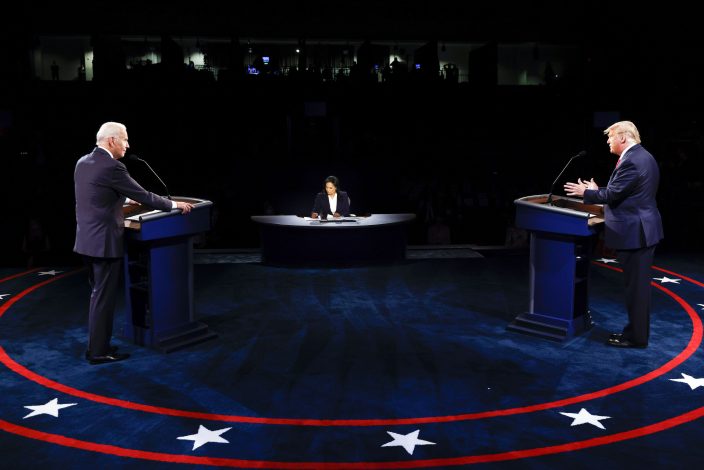 Trump and Biden's first matchup last month was seen by 73.1 million people. The second debate was canceled after Trump’s coronavirus infection and replaced by dueling town halls on ABC and NBC — the viewership for both the presidential candidates together was 27.6 million.

On Thursday, the candidates debated mostly over health care, energy policy and how Trump handled the coronavirus pandemic. Both candidates also had an exchange words over the business endeavors of Biden's son.