The Latest on Game 3 of the World Series (all times local):

The roof is closed for Game 3 of the World Series after it cooled down significantly in Texas. That could also affect how many runs are scored. 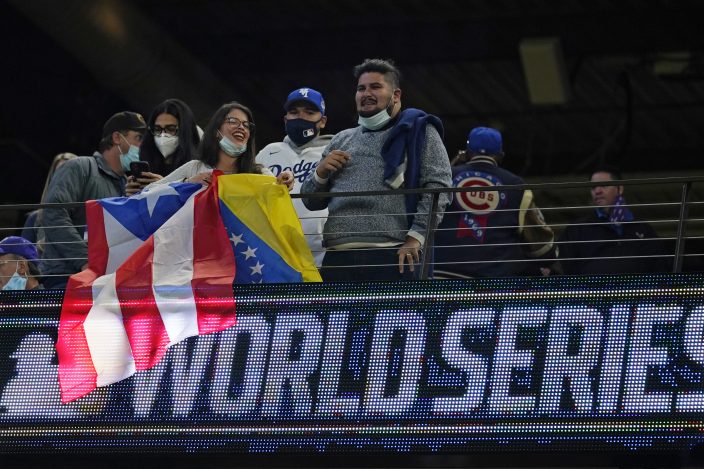 It is the first time in 13 postseason games that the roof has not been open at the new $1.2 billion Globe Life Field — and the Los Angels Dodgers have played in all of them. The Tampa Bay Rays played their American League series in San Diego.

An average of 10.42 runs have been scored in the postseason games in Arlington, including 21 total runs in the first two World Series games.

The roof was closed for 24 of the 30 regular-season home games the Texas Rangers played in their new ballpark this year. An average of 8.21 runs per game were scored with the roof closed, down from 11.83 runs a game when open.

Major League Baseball decided earlier in the day to close the roof because of the forecast for cooler temperatures, a wind chill and the possibility of rain. Close to first pitch, it was overcast, breezy and in the mid-50s outside — and about 72 degrees inside.

“It was chilly,” Dodgers catcher Austin Barnes said before Game 3. “I thought we were in Texas.”

Austin Barnes was back behind the plate to catch Los Angeles Dodgers ace Walker Buehler in Game 3 of the World Series on Friday night.

Will Smith moved from catcher to designated hitter in place of A.J. Pollock, who was out of the lineup.

Joc Pederson was inserted in left field, Chris Taylor shifted from left field to second base and Kiké Hernández was out of the lineup.

Tampa Bay went with the same lineup and batting order as in its Game 2 win that tied the Series at one game apiece.

Tampa Bay is the home team for Games 3 through 5 after starting as the visitor.