Justin Thomas went from a fast finish one day to a fast start the next, and it carried him to a 7-under 65 on Friday and a one-shot lead in the Zozo Championship at Sherwood.

Thomas wasn't particularly thrilled, except for his position, mainly because the final stretch of holes was still fresh on his mind and he closed with six consecutive pars on a day when the field made birdie or better just over 33% of the time.

Richy Werenski led the way with 12 birdies for a 61, the lowest score in a tour-sanctioned competition at Sherwood. The average score was 67.87. 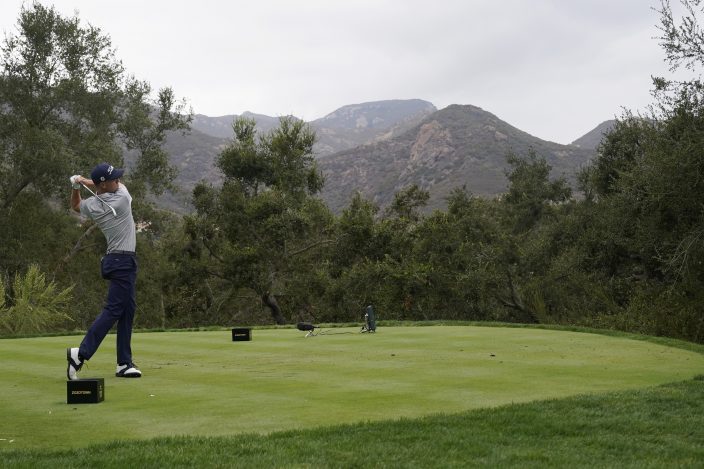 Tiger Woods managed to beat that, making eight birdies in is round of 66, and he still didn't pick up any shots against the lead. The defending champion at the Zozo Championship — he won last year in Japan — was still 12 shots behind.

“Got off to a much better start and kept rolling,” Woods said.

Thomas finished late Thursday afternoon with a 29 on the back nine at Sherwood for a 65. He began the second round on the back nine and ran off four straight birdies, chipping in on the par-3 12th, and played it in 31. 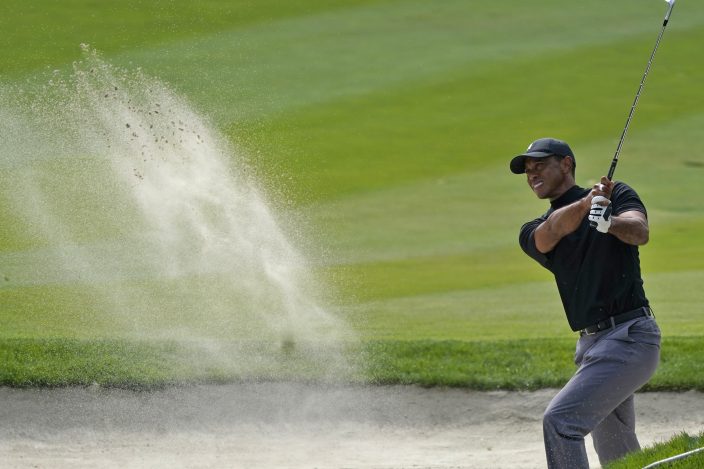 Tiger Woods hits from the bunker off the 13th fairway during the first round of the Zozo Championship golf tournament Thursday, Oct. 22, 2020, in Thousand Oaks, Calif. (AP PhotoMarcio Jose Sanchez)

But after two birdies in three holes to start the front nine — he hit into the water on the par-5 second hole and still managed to escape with par — he didn't convert any birdie chances.

Thomas was at 14-under 130, one stroke clear of Lanto Griffin and Dylan Frittelli, who each had a 65 and each made bogey on the final hole.

Griffin tied Thomas with a 5-foot birdie on the seventh hole and then a 5-iron that didn't turn out the way he had envisioned — he aimed 25 feet left and hit it right at the flag, 15 feet behind it. 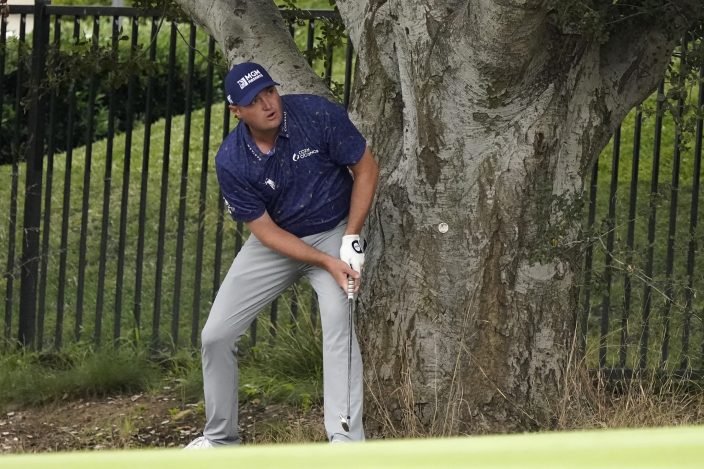 Jason Kokrak watches his shot from the rough on the 11th hole during the second round of the Zozo Championship golf tournament Friday, Oct. 23, 2020, in Thousand Oaks, Calif. (AP PhotoMarcio Jose Sanchez)

It worked out fine, but he dropped back with a clunky 9-iron on the ninth hole that came up nearly 30 yards short of the hole and he missed a 10-foot par putt.

Patrick Cantlay found his putting touch and and shot 65. He was two shots behind, along with Scottie Scheffler, who also had a 65. 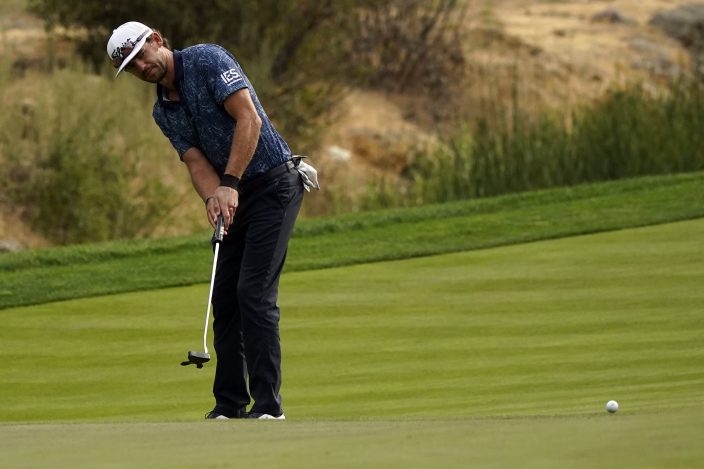 Low scores were everywhere on a course that is short by PGA Tour standards and has five par 5s that are reachable in two, even without hitting driver off the tee. There has been little wind, pleasant weather. And different from the days of the Woods' holiday event in December, a 78-man field makes it likely more players are going low, especially when they see what everyone else is doing.

Phil Mickelson played them in 3 over Friday, but it was really just a couple of par 5s that ate him up. 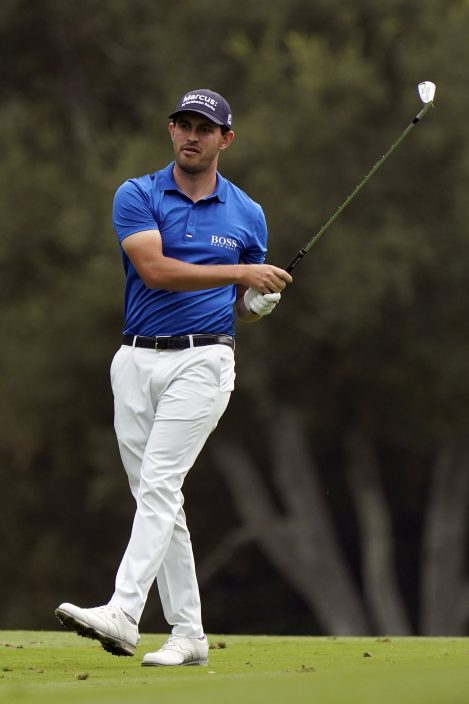 He sent his tee shot off the property to the left on the 11th hole and made bogey. And on the 13th, he sent two shots into what amounts to a jungle left of the fairway and made a quadruple-bogey 9. He shot 74 and was near the bottom of the pack, one week after winning for the second straight time on the 50-and-older PGA Tour Champions.

Making birdies is not a problem for Rory McIlroy. He's just not getting much out of them. McIlroy made seven birdies in the opening round, but he had three bogeys, two double bogeys and one club snapped over his knee on the back nine. On Friday, he made eight birdies and still only managed a 67.

“So I’ve made 15 birdies in the first two days, which usually would put you right up at the top of the leaderboard. I just made too many mistakes,” McIlroy said. “It was the same story last week, sort of the same story at Winged Foot. Just one of those stretches where the good stuff’s there, but the bad stuff is sort of taking away from the fact that I’m hitting good shots and making birdies.” 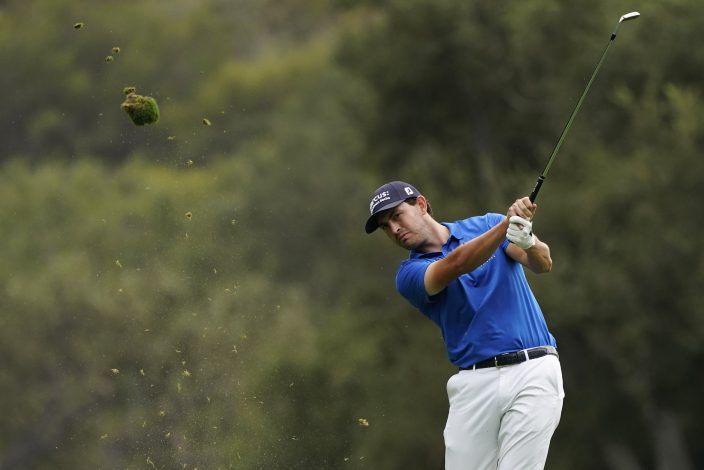 Thomas has won the last four times he had a 36-hole lead, though this is different. Twenty players were within four shots of the lead, all of them at 10 under or better. He is playing well, making birdies and it was no time to let up.

“I played well. I'm not very pleased with the finish,” he said. “The last six holes, I would have liked to at least have got something. Having a 5-iron and a 5-wood out of the fairway into two par 5s and making two pars is not good. I just wasn't near as tight and tidy those last four holes.”

A return to Sherwood for Tiger, Mickelson but few others