Iran’s supreme leader Saturday urged authorities to prioritize public health above any economic or security concerns, amid the Mideast's worst outbreak of the coronavirus.

Iran's death toll from the global pandemic topped 32,000 this week. The government has resisted a total lockdown fearing it would further devastate its economy, already weakened by unprecedented U.S. sanctions.

Ayatollah Ali Khamenei told officials during a meeting with the country's top counter-coronavirus committee that “the main priority in decision-making is people’s health.” 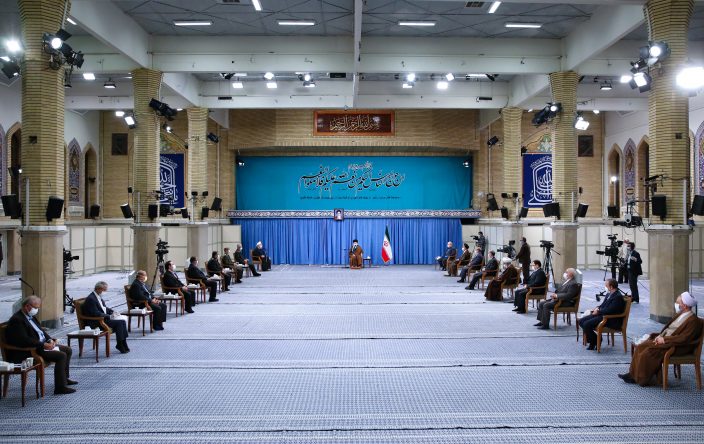 Khamenei urged “all organizations” to follow strictly the health ministry's guidelines to help restrict the virus' spread, "regardless of other considerations.”

Some hardliner lawmakers have criticized Iranian President Hassan Rouhani’s management of the pandemic and demanded his resignation. Rouhani is a reformist politician and also championed Tehran's nuclear deal with world powers, which began collapsing after the U.S.'s unilateral withdrawal.

Lawmaker Mojtaba Zolnouri, who heads parliament's influential committee for national security and foreign policy, called on his Twitter account for Rouhani’s “hanging a thousand times until people’s hearts are satisfied.” 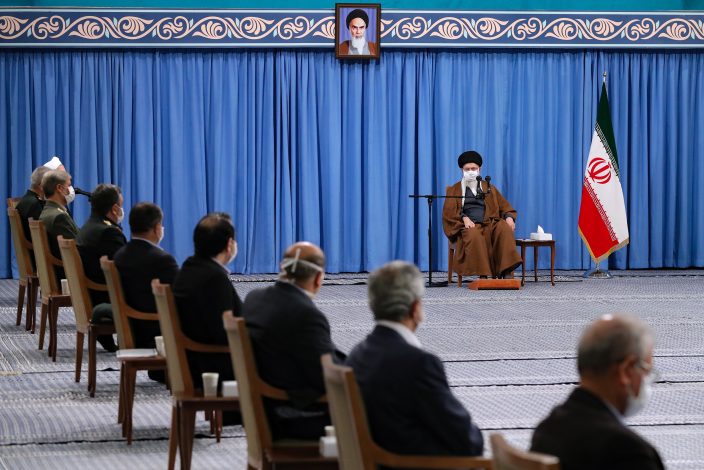 Khamenei indirectly condemned such inflammatory statements in the meeting, calling it “wrong.” He said there is a difference between criticisms and insults.

Iran shattered its single-day death toll record on Monday, and recorded consecutive daily infection highs on Tuesday and Wednesday — then again on Friday.

A top health official stressed this week that the true number of deaths from the outbreak is likely 2.5 times higher.

On Saturday, the Iranian health ministry put the official death toll from COVD-19 at 32,320, adding 335 casualties from the past twenty-four hours.

Khamenei added the government's management of the pandemic is very important.

“In some countries, such as the United States, the worst management has been applied. But we must try to pass this incident, which is related to people’s lives and health and their security and economy, with the best management,” he said.

Iranian health minister Saeed Namaki said in the meeting that the pandemic could only be controlled by enforcing tighter restrictions.

“We must curb the disease by enforcing regulations and tightening legal restrictions," he said.