Robert Lewandowski scored a hat trick to help Bayern Munich continue where it left off in the Bundesliga with a 5-0 rout of Eintracht Frankfurt on Saturday.

The Poland star didn’t score in Bayern’s 4-0 defeat of Atlético Madrid in their Champions League opening game on Wednesday and evidently felt the need to atone as he took his tally to 10 goals in five Bundesliga games.

Bayern suffered an early blow with Alphonso Davies going off with what looked a bad ankle injury in the third minute. Lucas Hernández came on for the 19-year-old Canadian. 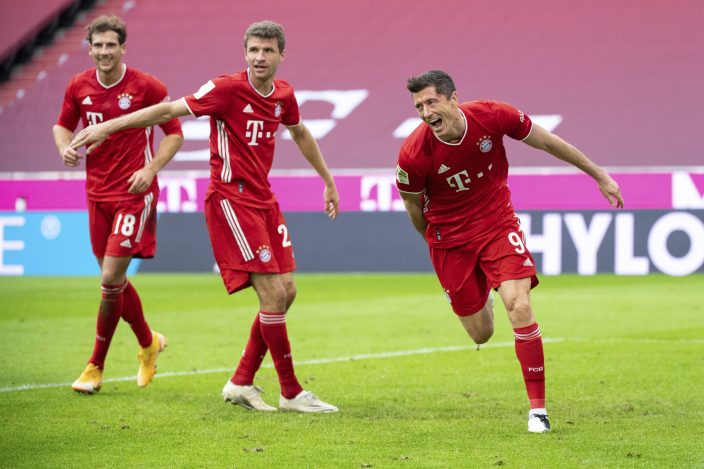 The Lewandowski show started soon after. The forward was left in too much space and broke the deadlock in the 10th, then grabbed his second with a header inside the left post from a corner in the 25th, and he completed his hat trick in the 61st.

His job done, Lewandowski was taken off in the 68th as Bayern coach Hansi Flick made three changes at once.

Leroy Sané came on for his injury comeback and marked the occasion with a fine goal inside the far post five minutes later, and the 17-year-old Jamal Musiala wrapped up the scoring in the last minute. Marcel Sabitzer’s late penalty was enough for Leipzig to stay atop the league with a 2-1 win over Hertha Berlin. 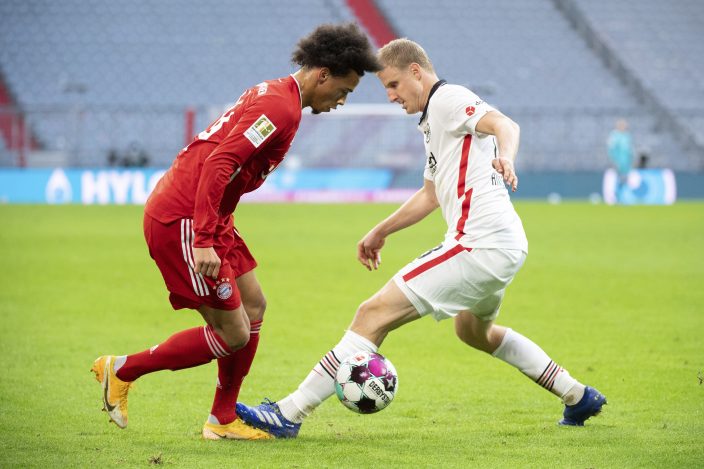 Hertha brought on Deyovaisio Zeefuik at the break. The Dutch defender was booked almost straight away and sent off with his second yellow card in the 50th.

Cordoba conceded the penalty for a foul on Willi Orban and Sabitzer decided the game in the 77th.

Leipzig stayed one point clear of Bayern after five games. 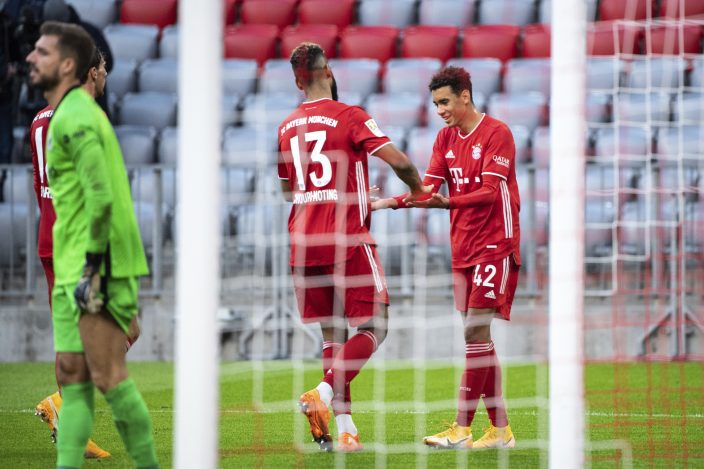 Hertha’s city rival Union Berlin had to be content with a 1-1 draw with Freiburg.

The corner flag kept the ball in play for Freiburg and Vincenzo Grifo curled his shot in off the far post in the 34th. But Union struck back thanks to Robert Andrich’s deflected shot two minutes later. 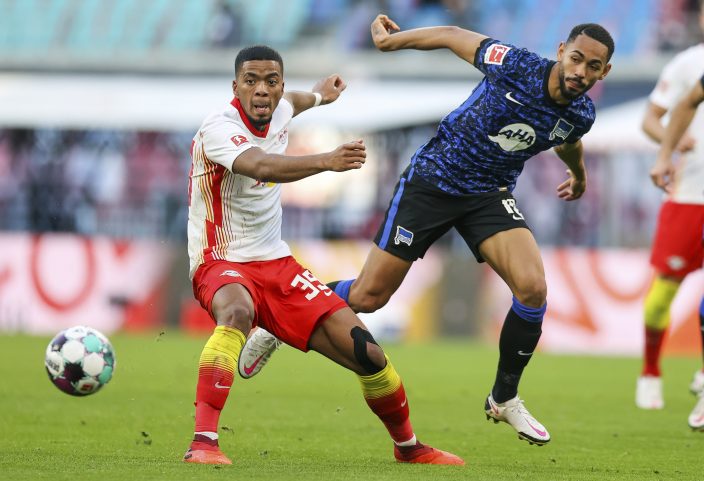 Borussia Mönchengladbach came back to beat bottom club Mainz 3-2 away.

Borussia Dortmund was hosting Schalke for the Ruhr derby later. 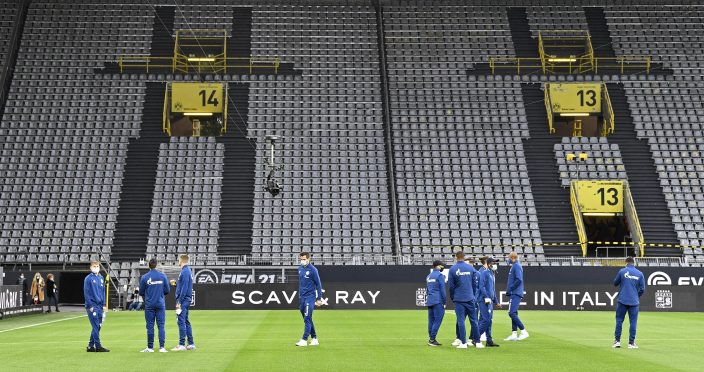 In what could be the longest of le ...