Several hundred women marched across the capital of Belarus in heavy rain Saturday to demand the resignation of the country's authoritarian president, continuing more than 2 1/2 months of protests against his challenged reelection to a sixth term.

The demonstrations were triggered by official results giving President Alexander Lukashenko 80% of the vote in an Aug. 9 election that the opposition insists was rigged. Lukashenko, who has ruled Belarus with an iron fist since 1994, has accused the United States and its allies of fomenting unrest in the ex-Soviet country.

The women who marched Saturday in Minsk carried umbrellas in the white and red colors of the opposition flag. They also held placards stating their professions to underline widespread opposition to Lukashenko's 26-year rule among people of various occupations, chanting “Go away!” as a demand for the president's resignation. 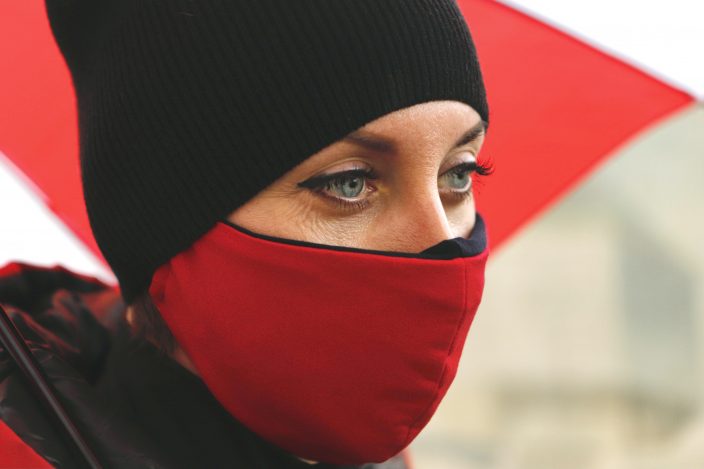 A Belarusian woman with an umbrella in the colors of the old Belarusian national flag attends an opposition rally to protest the official presidential election results in Minsk, Belarus, Saturday, Oct. 24, 2020. Several hundred women have marched under heavy rain across the Belarusian capital to demand the resignation of the country’s authoritarian president. (AP Photo)

Police arrested at least 10 march participants, according to the Viasna human rights center in Belarus. Smaller anti-government demonstrations were also held in several other cities.

Daily protests in Belarus have continued despite arrests and pressure, peaking on weekends with crowds of 100,000 and more. Another big protest is set for Sunday.

The United States and the European Union have dismissed the August election as neither free nor fair and introduced sanctions against top Belarusian officials accused of vote manipulation and a crackdown on peaceful protesters. 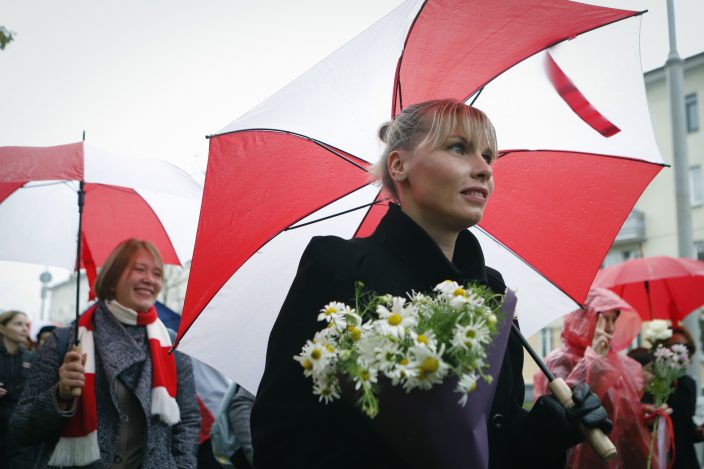 Belarusian women with umbrellas in the colors of the old Belarusian national flag attend an opposition rally to protest the official presidential election results in Minsk, Belarus, Saturday, Oct. 24, 2020. Several hundred women have marched under heavy rain across the Belarusian capital to demand the resignation of the country’s authoritarian president. (AP Photo)

U.S. Secretary of State Mike Pompeo and EU foreign policy chief Josep Borrell discussed the situation in Belarus among other issues during a phone call on Friday.

The State Department said they agreed Belarusian authorities need to “engage in a meaningful dialogue with genuine representatives of civil society,” including Lukashenko's leading election opponent, opposition candidate Sviatlana Tsikhanouskaya. The EU and the United States also reiterated "their strong support for the independence and sovereignty of Belarus,” the State Department said.

The EU has warned it is ready to sanction Lukashenko himself if he fails to enter talks with the opposition. The Belarusian leader has ignored demands to negotiate and relied instead on political and economic support from Russia, his main ally and sponsor. 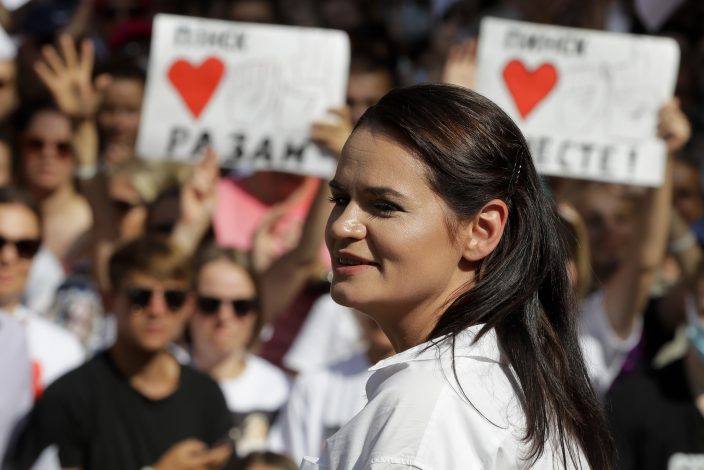 FILE - In this Sunday, Aug. 2, 2020 file photo, Sviatlana Tsikhanouskaya, candidate for the presidential elections smiles as she speaks to people during a meeting in her support in Brest, 326 km (203,7 miles) southwest of Minsk, Belarus. The European Union has awarded its top human rights prize to the Belarus opposition movement and its leader Sviatlana Tsikhanouskaya for their challenge to President Alexander Lukashenko's long hard-line reign. (AP PhotoSergei Grits, File)

On Thursday, the EU awarded its top human rights prize to Tsikhanouskaya, 38, and the Belarus opposition movement. A former English teacher with no previous political experience, Tsikhanouskaya joined the presidential race after her husband was jailed in Belarus and prevented from running. He remains in prison.

Tsikhanouskaya, who moved to Lithuania after the election under pressure from Belarusian authorities, put forward an ultimatum to Lukashenko: announce his resignation by Oct. 25 or face a nationwide strike. 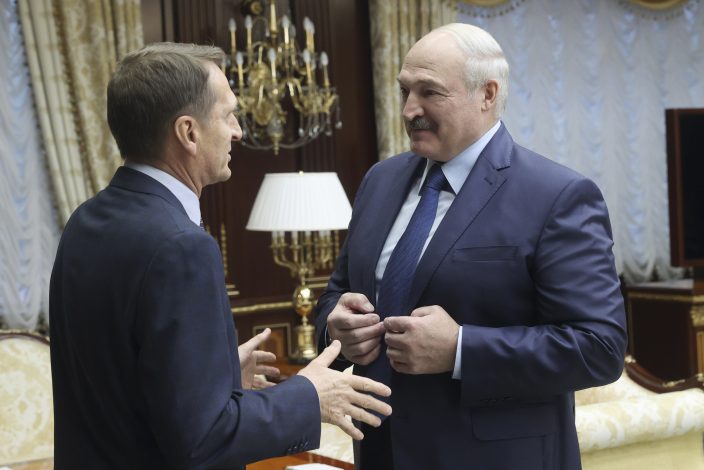