Beal-Smith set the tone for the Demon Deacons (3-2, 2-2 Atlantic Coast Conference) with a 58-yard run on the game’s first series. He later added runs of 26 and 19 yards. 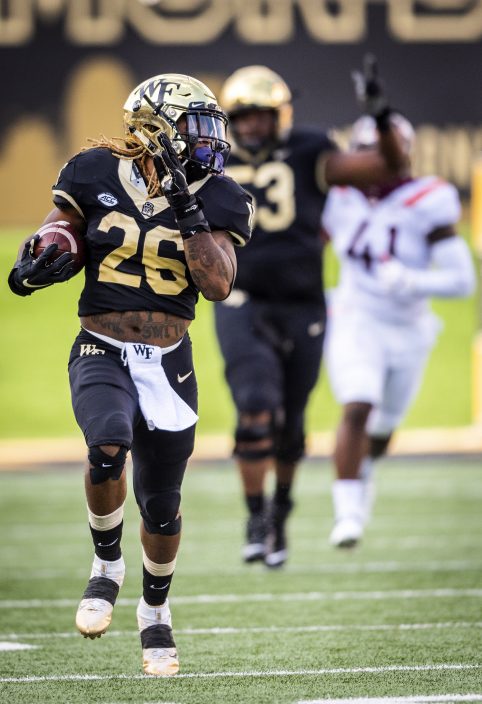 Wake Forest quarterback Sam Hartman threw only 17 times, completing 12 for 110 yards. But he scrambled 9 yards for the game’s first score.

Hendon Hooker threw for 223 yards and ran for another 98 for the Hokies (3-2, 3-2). They had won six of the previous seven games between the schools.

Tech quarterback Hendon Hooker completed 17 of 33 passes and rushed 17 times. He connected with James Mitchell on a 39-yard TD pass. 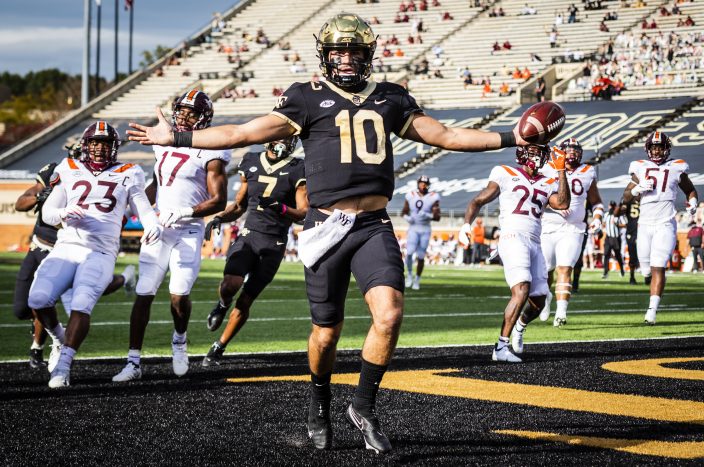 Sam Johnson made a 54-yard field goal to pull the Hokies within a touchdown with 2:38 left, but the Deacons recovered an onside kick and later punted to pin the Hokies deep with a less than a minute to play, setting the stage for Anderson’s third interception.

The Deacons held a 17-10 halftime lead thanks to Anderson’s interception of a deflected pass in the end zone that stopped a long drive.

The Deacons broke a 10-10 tie with a grinding 17-play, 75-yard drive, capped appropriately by a 6-yard run by Kenneth Walker III, who dragged a few defenders the final 4 yards. 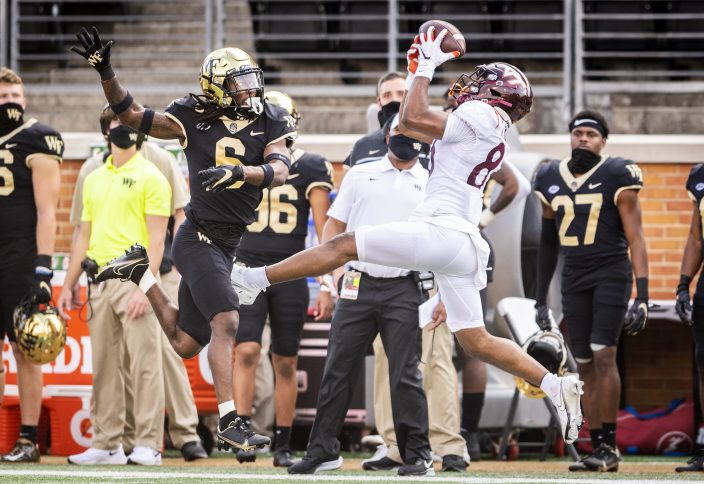 Virginia Tech: The Hokies gave up big running plays and were unable to mount a consistent passing attack. A season that looked promising after last week’s rout of Boston College, needs a victory at Louisville next week to get back on track.

Wake Forest: Following a home sweep of Virginia and Virginia Tech in back-to-back weeks, the resurgent Deacons -- the 24-point opening-game loss to No. 1 Clemson is looking better every week -- ride momentum into their second road game of the year at Syracuse.

Virginia Tech: At Louisville on Oct. 31.

Morata's late goal sends Juventus to the next roun ...