Zach Wilson threw for 287 yards and four touchdowns to lead No. 12 BYU to a 52-14 victory over Texas State on Saturday night.

Tyler Allgeier added 77 yards and a touchdown on the ground for the Cougars. BYU (6-0) piled up 579 total yards and 30 first downs on its way to matching the team’s best start since 2008. Fourteen different players caught a pass for the Cougars and 11 had at least one carry.

Brady McBride threw for 150 yards and two touchdowns with two interceptions for the Bobcats. Texas State (1-6) fell to 0-9 against AP Top 25 teams after being held to 267 yards. 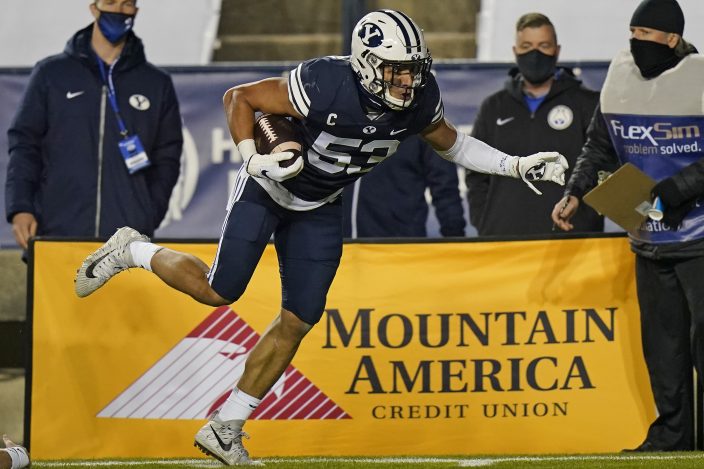 BYU linebacker Isaiah Kaufusi (53) carries the ball after an interception against Texas State in the second half during an NCAA college football game Saturday, Oct. 24, 2020, in Provo, Utah. (AP PhotoRick Bowmer)

McBride completed all five of his passes on Texas State’s opening drive, culminating in a wide-open 19-yard touchdown throw to Marcell Barbee, to briefly put the Bobcats ahead 7-0.

Wilson matched that efficiency on BYU’s opening drive, completing all five of his passes and tacking on a pair of quarterback runs. The second one, a 10-yard sprint, helped set up a 4-yard scoring run by Lopini Katoa that tied it at 7.

Once Wilson warmed up, he and the rest of the BYU offense did not cool back down. Wilson put the Cougars ahead for good with a 33-yard touchdown pass down the sideline to Keanu Hill to cap BYU’s second drive. The Cougars scored touchdowns on each of their first four drives to open a 28-7 lead. 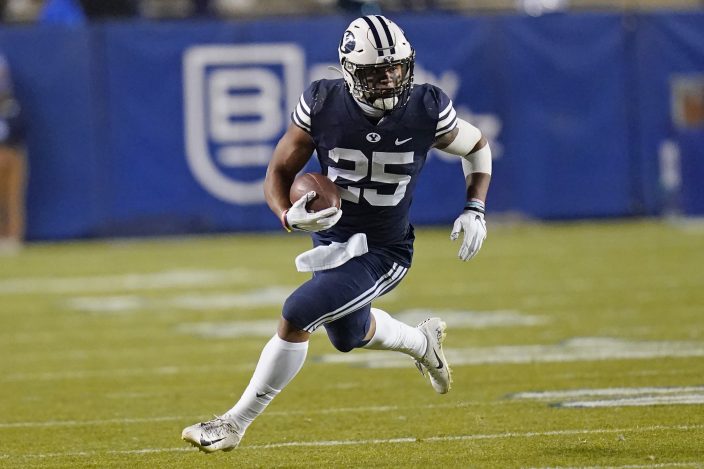 BYU running back Tyler Allgeier (25) carries the ball against Texas State in the first half during an NCAA college football game Saturday, Oct. 24, 2020, in Provo, Utah. (AP PhotoRick Bowmer)

Texas State finally got its first defensive stop when a snap went over Wilson’s head and Hal Vinson recovered the ball at the BYU 10 with 3:54 remaining in the second quarter. Keenan Ellis batted away McBride’s pass in the end zone on fourth down to keep the Bobcats from cashing in on the turnover.

BYU quickly turned the defensive stand into points. Wilson tossed a 45-yard dart to Dax Milne to extend the Cougars’ lead to 35-7 just before halftime. 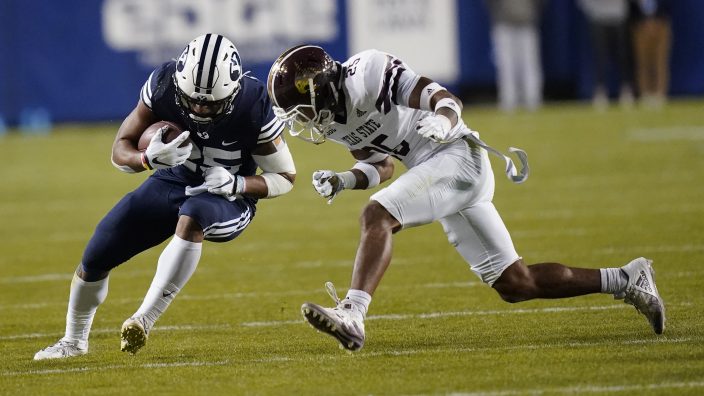 Texas State: The Bobcats got off to a fast start on offense, but their defense could not slow down BYU long enough to stay in the game past the first quarter. Texas State allowed the Cougars to roll up 384 total yards and 21 first downs before halftime.

BYU: Once again, the Cougars steamrolled over another overmatched opponent. BYU averaged 7.6 yards per play and punted for the first time in the fourth quarter. On defense, the Cougars held Texas State to 13 total yards and 0.9 yards per play in the second quarter to break a close game wide open. 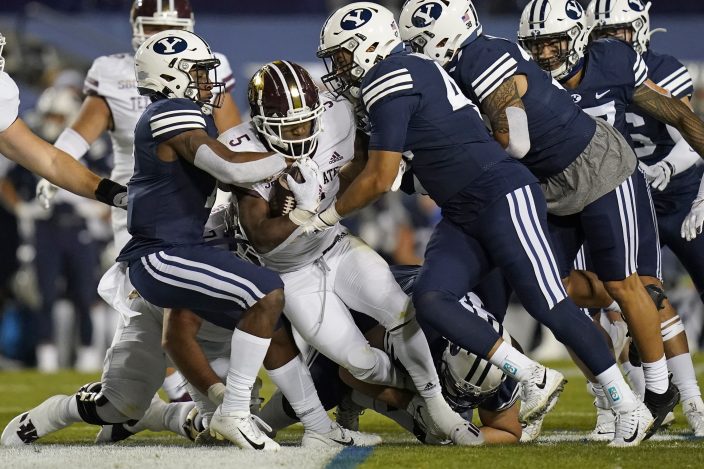 Another lopsided win should move BYU to the cusp of the Top 10 in the next AP Top 25 Poll. 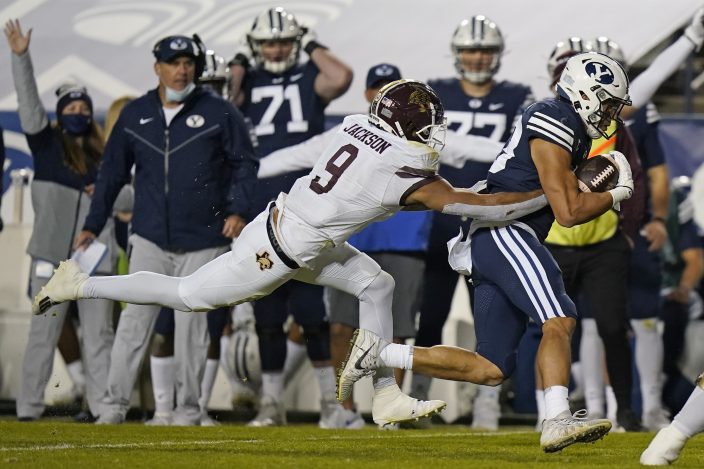 Lawyer, 10 others said to be arrested in Hong Kong crac ...

Expecting trouble, DC locks down a week before inaugura ...

Man gets life prison sentence for killing on college ca ...

A white man who stabbed a Black co ...

The FBI is tracking an “extensive ...