Among transgender-rights activists, there’s a powerful mix of hope and fear heading toward the Nov. 3 election. They’re yearning for President Donald Trump’s defeat but dreading the possibility that his administration might win four more years and continue targeting them with hostile policies.

“The stakes are extremely high,” said Shannon Minter, a transgender attorney with the National Center for Lesbian Rights. “It seems clear that President Trump intends to use the full power of the presidency and the executive branch to inflict maximum damage on the transgender community.”

Among the administration's moves that have been decried by activists: 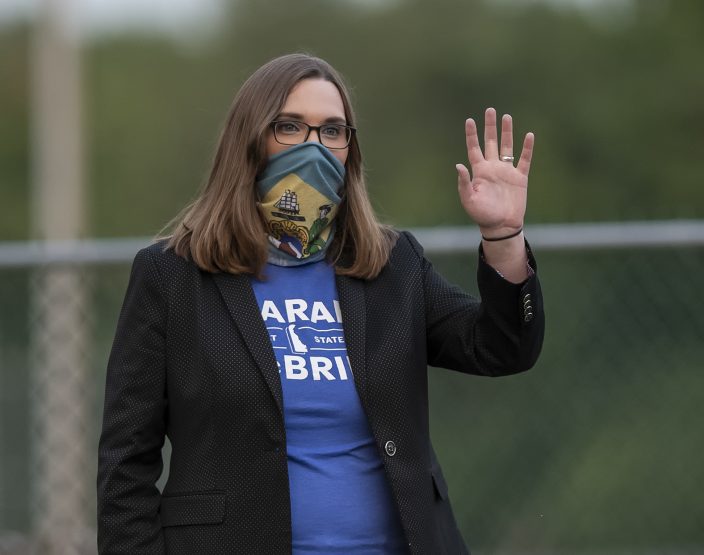 FILE - In this Tuesday, Sept. 15, 2020 file photo, transgender activist Sarah McBride, who hopes to win a seat in the Delaware Senate, campaigns at the Claymont Boys & Girls Club in Claymont, Del. McBride, who has long-standing ties to Delaware’s best-known political family, says, “I am very aware of the stark contrast between the president we could have (Biden) and the president we now have. ... There has never been a moment in the fight for trans equality with such potential and at the same time such risk.” (AP PhotoJason Minto)

— A near-total ban on military service by transgender people.

— Support from administration attorneys for efforts to prevent transgender girls from competing in Idaho K-12 girls' sports and university women sports and from doing so in Connecticut high school girls' sports. 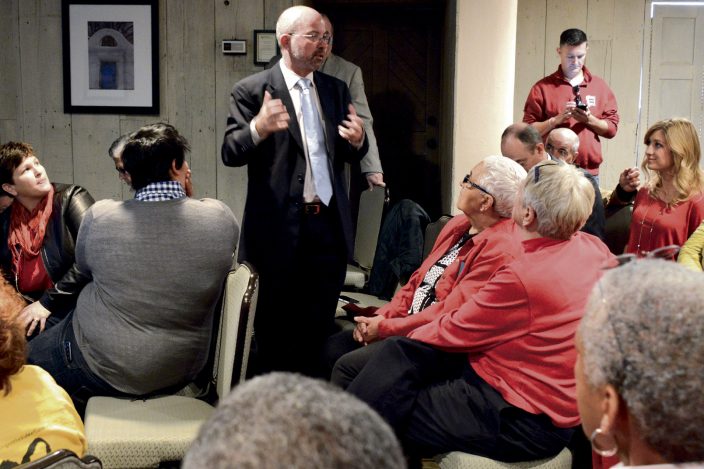 FILE - In this Wednesday, Oct. 23, 2013 file phto, Shannon Minter, legal director at the National Center for Lesbian Rights gives his thoughts on the New Mexico Supreme Court same-sex marriage proceedings to a group in Santa Fe, N.M. In 2020, Minter says, "It seems clear that President Trump intends to use the full power of the presidency and the executive branch to inflict maximum damage on the transgender community.” (Clyde MuellerSanta Fe New Mexican via AP)

— Moves to eliminate anti-discrimination protections for trans people in homeless shelters and for trans students in schools.

Adding to activists' anxiety is the continuing violence directed at transgender people.

There have been at least 33 violent deaths of transgender or gender nonconforming people this year in the U.S., according to the Human Rights Campaign, a national LGBTQ-rights organization. That's the highest yearly total since the group began tracking transgender killings in 2013. 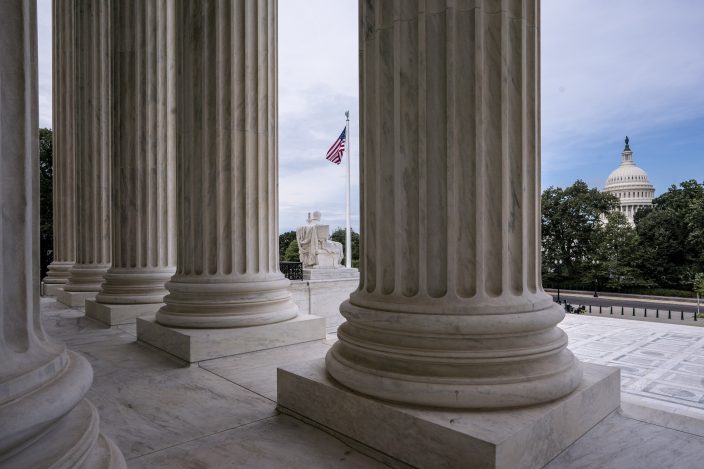 FILE - This June 15, 2020 file photo shows the columns of the Supreme Court with the Capitol at background right in Washington, the day a 6-3 Supreme Court ruling affirmed that gays, lesbians and transgender people are protected from discrimination in employment under the Civil Rights Act of 1964. (AP PhotoJ. Scott Applewhite, File)

On Oct. 16, former Vice President Joe Biden, Trump’s Democratic rival in the presidential election, issued what the Human Rights Campaign described as his strongest statement of the campaign supporting trans issues. He decried the anti-trans violence and asserted that Trump and Vice President Mike Pence “have fueled the flames of transphobia.”

The White House press office in an email exchange declined to comment on Biden's statement.

“Every day it feels like there are new horrors to confront about the future, and the types of attacks we will encounter,” said Chase Strangio, who leads transgender-justice initiatives for the American Civil Liberties Union’s LGBT and HIV Project.

Even as he worries about what might lie ahead under a second term for Trump, Strangio is encouraged by the 6-3 Supreme Court ruling in June affirming that gays, lesbians and transgender people are protected from discrimination in employment under the Civil Rights Act of 1964.

Strangio played a lead role on the legal team for one of the plaintiffs in that case -- Aimee Stephens, who was fired from her job at a Detroit-area funeral home after her employer learned she was transgender. The Supreme Court ruled a month after Stephens’ death that her firing in 2013 violated the civil rights law.

Overall, Strangio is concerned that Trump’s appointments of more than 200 federal judges – and the likely addition of conservative judge Amy Coney Barrett to the Supreme Court -- is creating a federal judiciary that may not defend transgender rights.

“If Trump loses, I’m hopeful we’ll see federal agencies reversing the many anti-trans policies that the Trump administration has adopted,” Strangio said. “However, we can expect that any trans-inclusive agency policies will be challenged in court and we will have to defend them before increasingly hostile judges.”

The run-up to the election has been a mix of excitement and apprehension for trans activist Sarah McBride, who has been a spokeswoman for the Human Rights Campaign for several years and is now running for a seat in the Delaware Senate.

She easily won the Democratic primary in her Wilmington-area district and is a favorite to become the first trans member of any state Senate in the nation.

McBride has long-standing ties to Delaware’s best-known political family. She worked on the late Beau Biden’s campaigns for state attorney general, and Beau’s father, Joe Biden, wrote the foreword to her memoir.

“I am very aware of the stark contrast between the president we could have (Biden) and the president we now have,” McBride said. “There has never been a moment in the fight for trans equality with such potential and at the same time such risk.”

Kris Hayashi, executive director of the California-based Transgender Law Center, suggested there would be challenges for trans-rights activists at the state level even if a Biden victory leads to more trans-friendly federal policies.

“We are likely to see legislatures continue to enact — and even escalate — a Trump administration playbook at the state level, with increased trans athletics ban bills, medical ban bills, and bad bills around public accommodations access,” Hayashi said via email.

One was signed into law in Idaho in March -- prohibiting transgender students who identify as female from playing on female teams sponsored by public schools, colleges and universities.

The American Civil Liberties Union filed a lawsuit challenging the law in April, and a federal judge blocked the law’s implementation while the case proceeds.

In issuing an injunction, U.S. District Judge David Nye wrote that the law’s ban on transgender athletes “stands in stark contrast to the policies of elite athletic bodies that regulate sports both nationally and globally.”

“That was a powerful reminder to me that even conservative judges, and by extension, people generally, value fairness and inclusion,” Minter said.

The Trump administration weighed in to support the Idaho law, saying in a court filing by the Justice Department that it did not violate the U.S. Constitution. The administration filed a similar document in March in another federal lawsuit in Connecticut.

A conservative group, the American Principles Project, has been striving for months to draw attention to the issue of transgender sports participation, hoping to build support for bans on trans girls and trans women competing in female sports.

The group’s executive director, Terry Schilling, was a guest on Fox News host Tucker Carlson's show in August, and both said that the Trump campaign should highlight the question of transgender sports participation. But the topic did not catch on as a major election campaign issue.

But neither has advanced to the committee hearings needed for the bills to reach the chamber floors for a vote.