J.J. Watt stalked the sideline, helmet in hand, scowl on his face as he watched his Houston Texans be dominated by the Green Bay Packers, a team he spent his childhood rooting for.

The three-time NFL Defensive Player of the Year has been through a lot in his 10 years with the Texans, but Sunday might have been rock bottom.

Aaron Rodgers threw for 283 yards and four touchdowns to lead Green Bay to a 35-20 win in a game where the Texans were thoroughly overmatched from the start. 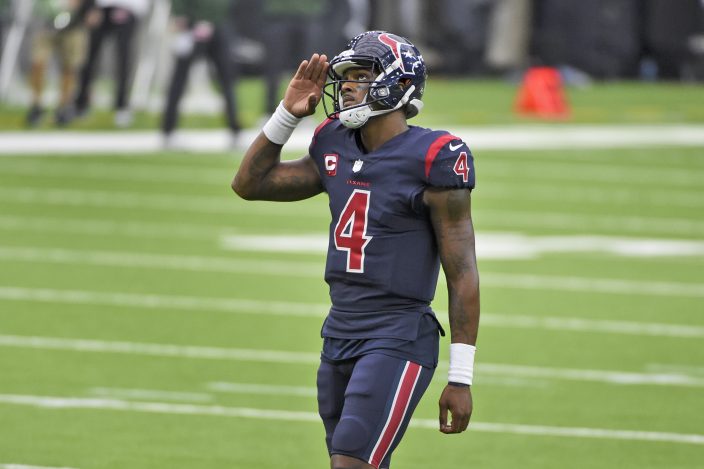 Houston Texans quarterback Deshaun Watson looks up during the second half of an NFL football game against the Green Bay Packers Sunday, Oct. 25, 2020, in Houston. (AP PhotoEric Christian Smith)

Normally jovial and loquacious, Watt, who grew up in Wisconsin, has become increasingly sullen and terse when fielding questions this season as the losses have piled up.

In happier times, Watt would speak at length when asked about virtually any topic. That was not the case on Sunday after the Texans fell to 1-6. 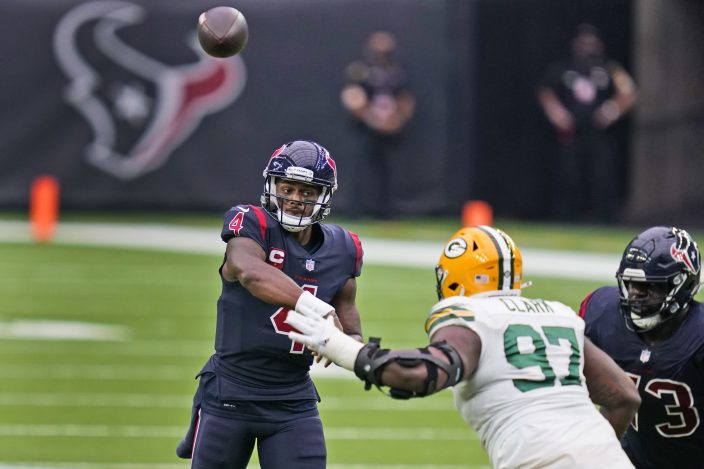 Watt, who had two tackles for losses Sunday, was asked what it was like to come within inches of sacking Rodgers, only to have him escape and throw a perfect pass downfield.

“What do you think that’s like,” he asked before a long pause. “Not great.”

The Texans were not able to recover after Green Bay raced out to a 21-0 halftime lead. 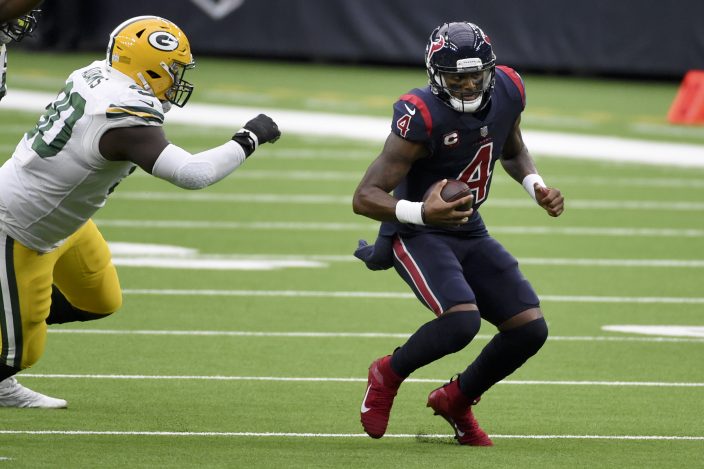 Interim coach Romeo Crennel lost his second straight game after winning his debut in the wake of Bill O’Brien’s firing following an 0-4 start. He said last week’s loss to Tennessee wasn’t as tough as this one because they did a lot of things well before falling in overtime.

“We lost it by a hair. This game was a different game,” he said. “We didn’t lose this one by a hair. It was just too much. We didn’t do enough early in the game. Didn’t play well enough in the game to keep it close.”

Houston has struggled against the run all year, and entered the game ranked last in run defense by allowing 177.5 yards a game. But on Sunday it was the passing game that did them in.

Davante Adams had 13 receptions for a career-high 196 yards receiving with two touchdowns. Adams did whatever he wanted against Houston’s defense after top cornerback Bradley Roby left with a knee injury after Green Bay’s first possession.

“Not having your matchup corner and not being able to match up on their best guy, I think it did hurt us,” Crennel said.

Deshaun Watson threw for 309 yards and two touchdowns for his fourth straight game with at least 300 yards passing. But the Texans had trouble finishing drives early and had to punt on their first three possessions before missing a field goal on the fourth to get in the huge hole early.

The 25-year-old Watson is struggling to navigate this tough season after years of success at all levels. He won a state championship in high school before leading Clemson to a national title and helping the Texans to the playoffs in the past two seasons.

“This is new to me ... this is my first time experiencing something like this," he said. "So, I’m just learning on the fly, trying to stay positive, continue to lead the guys, continue to come to work each and every day and try to improve.”

Watson looked exhausted after getting sacked three times and hit four more on Sunday and admitted that this season has taxed him. He’s looking forward to getting some rest this week with the Texans off on Sunday before playing the Jaguars on Nov. 8.

“It’s a good time for me to be able to decompress this bye week and figure out the second half of the season," he said. “Relax the body and mind and just find some time and then come back to work and just try to finish it off as strong as possible.”