Brett Phillips got so excited in the aftermath of his two-out single in the ninth inning of Game 4, the one that started a wild game-ending play with two errors and two runs for Tampa Bay in an 8-7 victory, that he got sick.

Phillips' head started pounding, and the athletic training staff covered his head with a towel to calm him after the crazy celebration that followed the Los Angeles Dodgers miscues that allowed Randy Arozarena to score the winning run from first base.

“During the celebration, just exhausting a lot of energy, and I almost passed out. I didn’t realize I was dehydrated,” Phillips said Sunday. "I had to get an IV — first time, getting an IV. ... When I went to the training room, my resting heart rate was over 140 just laying there. They were like, ‘We’ve got to chill you down. Chill out.’ But it was all worth it. Just a little hyperventilation going on inside me.” 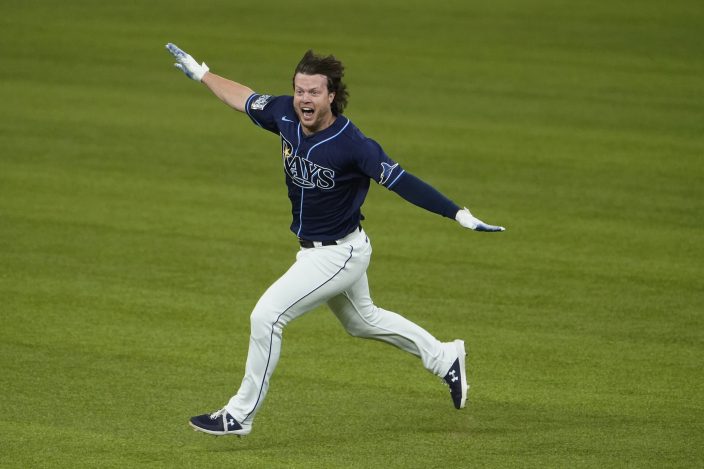 Phillips said he had a little more than 500 text messages when he got back to the hotel, and he didn't go to bed until about 4 a.m. after replying to "every single one of those messages. That’s something I take a lot of passion into, thanking everyone that supported me.”

Among those he heard from were Ryan Braun, Adam Wainwright, Liam Hendriks and Whit Merrifield. He said some of the messages were so explicit, they made him laugh.

“I got a text from my best friend, Mike Mann,” he said. “We were in the backyard at 8, 9, 10 years old, playing that same situation with a Wiffle Ball bat. Hey, bases loaded, two outs and you’re down by one in the World Series. He texted me that.” 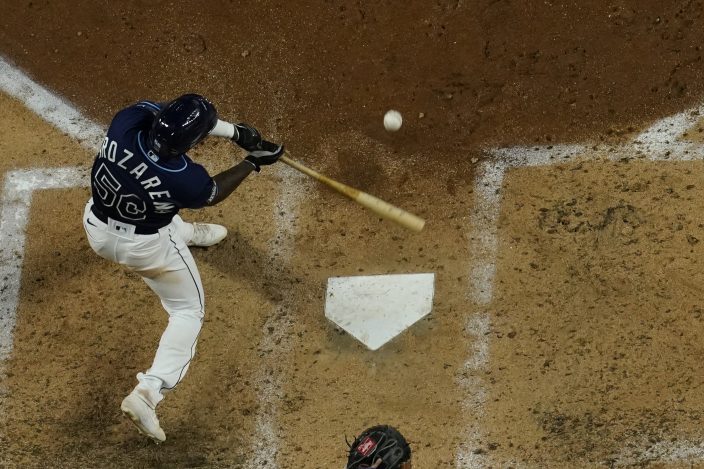 Phillips’ wife, Bri, was not at Globe Life Field for the big moment.

“Her family, my mom, my stepdad, they all left. The only people that stayed was my sister, my dad and fiancée," Phillips said. “But I told them I’m glad that they left because I’m a firm believer in everything happens for a reason. And who knows if they would have stayed, if that would have happened? So, sure they regret it a little bit, but I by no means got upset.”

There could be a lid on the rest of this World Series.

The retractable roof was closed for Game 5, and may not open again because of the weather forecast.

Along with the dreary, misty conditions outside Globe Life Field before the start of Sunday's game, there was an increasing chance of rain into the night, and beyond.

It was the second time during the World Series that the retractable roof at the new $1.2 billion stadium was closed for a game. The other was Game 3 on Friday night, when it was breezy and chilly with a chance of rain. The roof had been open for all 12 postseason games played there before that. The Dodgers swept a three-game National League Division Series and won a seven-game NL Championship Series in the same ballpark.

The roof was open Saturday night, when it was 57 degrees at first pitch, about 25 degrees cooler than for Games 1 and 2 of the Series.

Rays rookie Randy Arozarena has more postseason records than his nine homers, and that was going into Game 5 of the World Series with at least two more games to play.

Arozarena's ninth homer came in Game 4 on Saturday night, an MLB record for a single postseason that already matched Evan Longoria's franchise career mark. That homer came as part of his fifth three-hit game this postseason, already a MLB record, as were his 59 total bases.

His 26 postseason hits matched Pablo Sandoval's record set in 2014 with the San Francisco Giants, and were only one shy of the Rays career mark. Half of those hits were for extra bases, one from matching the major league postseason mark of 14 by David Freese with St. Louis in 2011.