If it wasn’t exactly redemption for Clayton Kershaw, it sure was for the Los Angeles Dodgers.

Maybe Dave Roberts, too, though the jury will be out on the Dodgers manager until the moment his team finally hoists a World Series trophy.

The Dodgers didn’t just win Game 5 on Sunday night to move within a game of doing just that. They also regained the swagger that could have easily been knocked out of them in a demoralizing loss the night before. 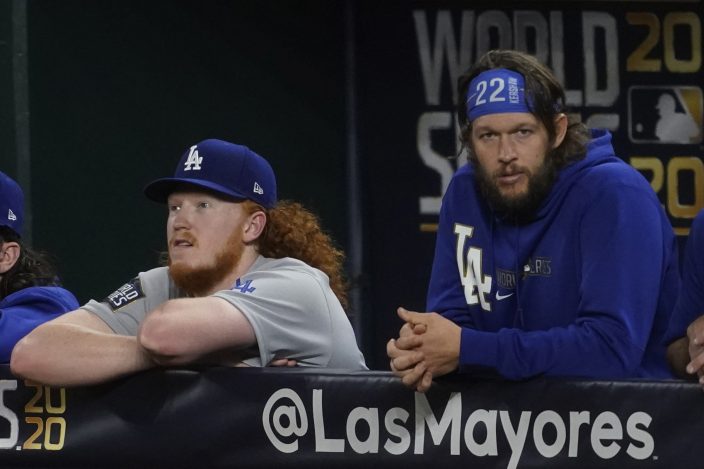 They did it by shaking off the effect of a brutal walk off just hours earlier that might have destroyed lesser teams. They did it by getting just enough out of a pitcher whose Hall of Fame resume is lacking only one thing — a World Series ring.

And they did it behind the chess moves of a manager who makes Dodger fans nervous every time he heads out to the mound.

“I can’t get caught up with fan reactions to the decisions I make,’’ Roberts said. ”I wanted my talent out there and they made me look good tonight.’’ 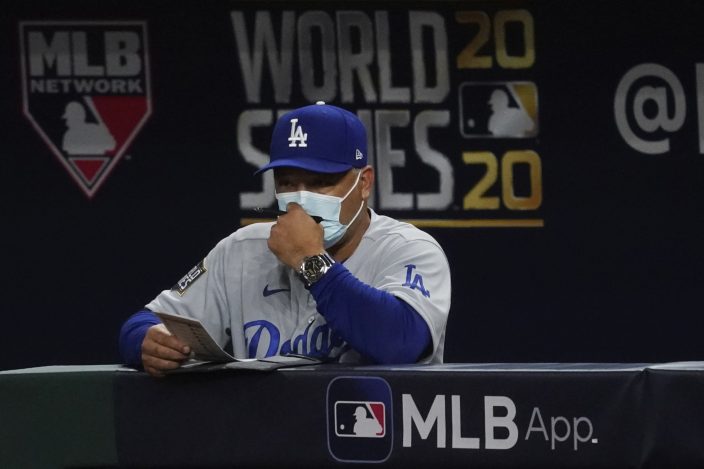 A night after Kenley Jansen blew a ninth inning save in a wild finish, Kershaw kept the Dodgers close into the sixth inning — and this time Roberts pushed all the right buttons. He pulled his starter when Kershaw wasn’t in trouble, brought in a string of relievers who did their jobs and — perhaps most importantly — left Jansen sitting in the bullpen for the ninth inning.

The Dodgers also scored twice in the first inning, showing they can compartmentalize about what happened the previous night as well as they can hit.

The end result was a 4-2 win closed out by Blake Treinen that moved the Dodgers to within one win of the World Series title that has eluded them since Ronald Reagan was president. 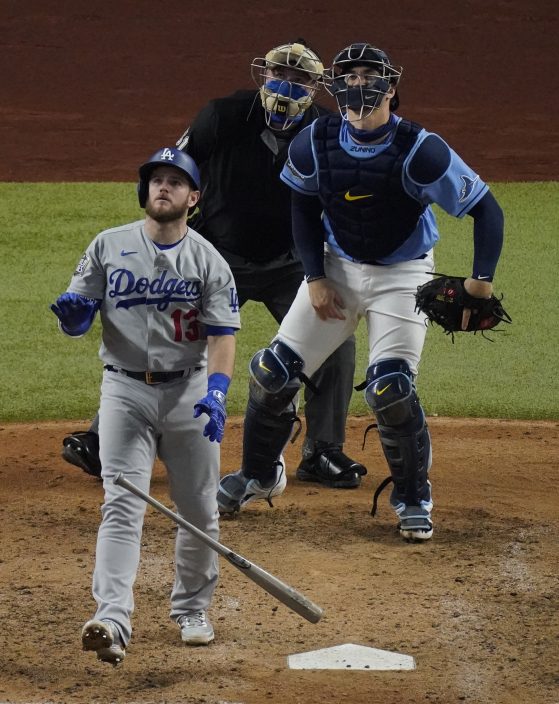 They’ll get two chances to do it, though no one in Dodger Blue wants anything to do with a Game 7 in this World Series. Roberts said he was leaning toward starting part-time starter Tony Gonsolin in Game 6, something he can do with the knowledge he has ace Walker Buehler in reserve for a seventh game, if needed.

But if everything looked rosy Sunday night in Texas, it sure didn’t less than 24 hours earlier when Jansen couldn’t get the last strike, the Dodgers made two errors on the final play and the Rays fell all over themselves in celebrating an unlikely win.

Turns out short memories are as important as big hits. Max Muncy had both on a night when his most important contribution may not have been the home run that made it 4-2 but his sharp eye in seeing Manuel Margot take off from third base and try to steal home with two outs in the fourth.

Muncy yelled at Kershaw, who stepped off the rubber and threw home to nip Margot in what turned out to be the Rays' last threat.

“Thankfully, I was fortunate enough to see one or two guys in the past attempt something like that on him, so it’s one of those things where you know he has that long pause when it comes to his stretch,” Muncy said. “You have to be aware of it. Kersh has been doing that for a long time, so thankfully he knew what to do when I ran yelling at him, telling him ‘Guy going home.’ He didn’t panic. He did what he’s supposed to do.”

Muncy’s home run came the next inning, and that was the end of the scoring. Roberts took Kershaw out after only two pitches — which brought two outs — in the sixth, drawing boos from the Dodger fans in attendance and disbelief from third basemen Justin Turner, who pleaded with Roberts to leave him in.

But Kershaw, whose postseason struggles are well documented, had struggled all night. And before the inning began, he and Roberts agreed that he would face only two more batters before Dustin May relieved him.

“I didn’t have my stuff like I did in Game 1,” Kershaw said. “My slider wasn’t there as good as it was, so fortunate to get through there. Doc and I talked about it after the inning and I was going to go through Lowe and even though it was just two pitches. So stuck with the game plan.”

On this night the plan worked, much to the relief of the noisy Dodger fans who made Globe Life Field seem at least a little bit like home. The Dodgers are now on the brink of their first World Series title since 1988, the year of Kirk Gibson's famous home run.

One more win and the redemption will be complete.

12 Grammy facts: BTS and Dr. Luke in, The Weeknd out

Twelve things worth noting about T ...