The Denver Broncos went into the weekend feeling good about having closed in on the Super Bowl champion Kansas City Chiefs.

One afternoon in the snow proved emphatically otherwise.

The Broncos (2-4) have a long way to go to catch up to Kansas City after they were throttled by the Chiefs for the 10th consecutive time. 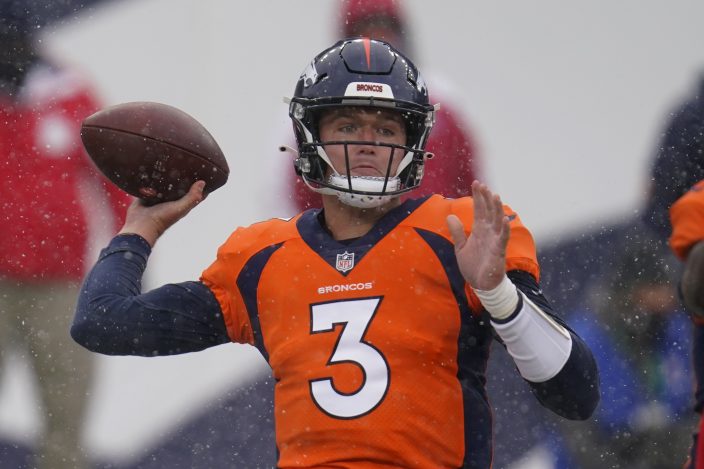 They were blown out 43-16 Sunday despite holding Patrick Mahomes to a single touchdown throw on a pedestrian 15 completions and not allowing a single third-down conversion.

“You’re not going to beat a team like Kansas City doing that,” lamented coach Vic Fangio, whose Broncos have been outscored by the Chiefs 96-25 in his three matchups against Andy Reid's loaded roster. 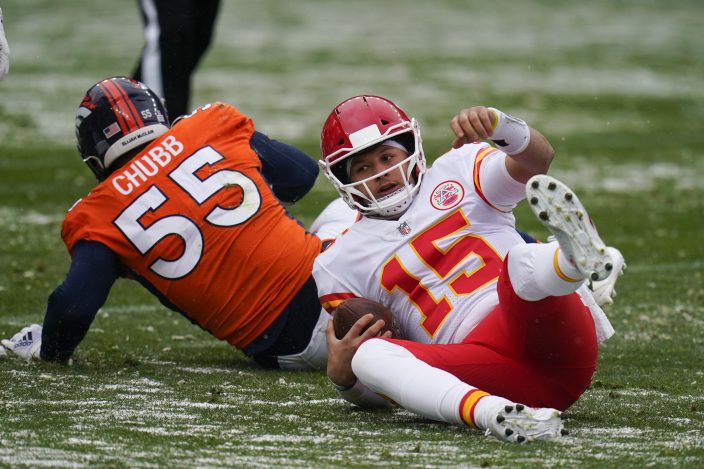 Kansas City Chiefs quarterback Patrick Mahomes (15) gets up after being sacked by Denver Broncos outside linebacker Bradley Chubb (55) during the first half of an NFL football game Sunday, Oct. 25, 2020, in Denver. (AP PhotoJack Dempsey)

Since last beating the Chiefs more than five years ago, the Broncos have been outscored by Kansas City 301-164. They lost their previous nine matchups by an average of a dozen points. This time, it was a demoralizing 27-point difference.

Fangio said it's a matter of perseverance, not personnel changes. 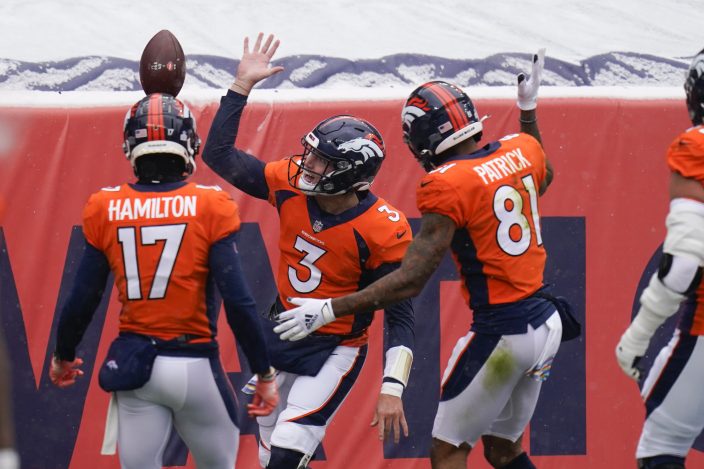 “I know we can turn this around,” concurred tackle Garett Bolles. “We have a lot of great dudes in this locker room. I’m proud of everyone for fighting. It’s not giving up. We’re fighters. We’re going to continue to fight and we’re going to figure this out and turn this thing around.”

Quarterback Drew Lock needs to up his game. Since his return from a strained right rotator cuff two weeks ago, Lock has completed just 34 of 64 passes (53 percent) for 443 yards with zero touchdowns, four interceptions and five sacks. The Broncos have reached the end zone just twice and turned it over five times in 21 drives. 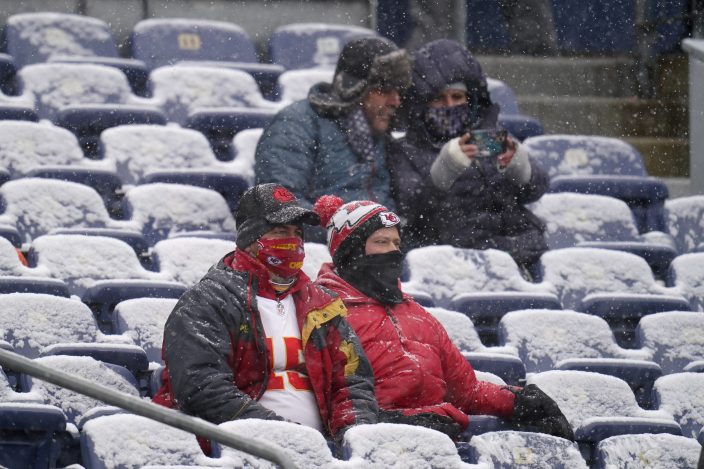 “I think as a team we just need to fix our entire passing game,” Fangio said. “... As the quarterback, he’s the main focus as always, but I think we all need to keep in mind that it is an 11-man operation and us as coaches are involved, too. We have to make improvements there, there’s no two ways about that.”

— OLB Malik Reed. The second-year pro who went undrafted out of Nevada had his second straight two-sack performance Sunday.

— Fangio's relationship with DL Shelby Harris, who got an earful from the coach after committing a personal foul penalty Sunday. Harris tweeted the two had a long talk after the game and were good, and Fangio agreed.

Gordon, who signed a two-year, $16 million free agent contract in the offseason, scored his fifth TD but now has three fumbles in five games, all of them turnovers, and 17 fumbles over his 72-game career, 12 of which were recovered by opponents. Lindsay has zero fumbles in 34 games.

— 3 catches for 38 yards: TE Noah Fant in his return from a high ankle sprain, which still seemed to be bothering him.

In what's becoming a weekly refrain, the Broncos have to get first-round pick Jerry Jeudy more involved.

The best route-runner in this year’s deep draft class of wide receivers had just six receptions in October and for the season has 17 catches for 286 yards and a touchdown. Those aren’t the numbers expected out of the 15th overall draft pick even with Pro Bowler Courtland Sutton (knee) on IR.

“He has some plays that he’d like to do over, both from a mental standpoint and an execution standpoint,” Fangio said. “He also had some very good plays yesterday and I think that’s probably a way you could describe his season to this point. I do think the arrow is up on him. We like him, he’s going to be a really good player for us, we just need to eliminate some of those negative plays.”

Iran has exceeded 17 kilograms of ...