On Sunday, they were rewarded with their highest ranking since November 1993.

By Monday, everyone was back to business in Bloomington, looking to take the next step in the program's steady, years-long progression: staying in the Top 25. 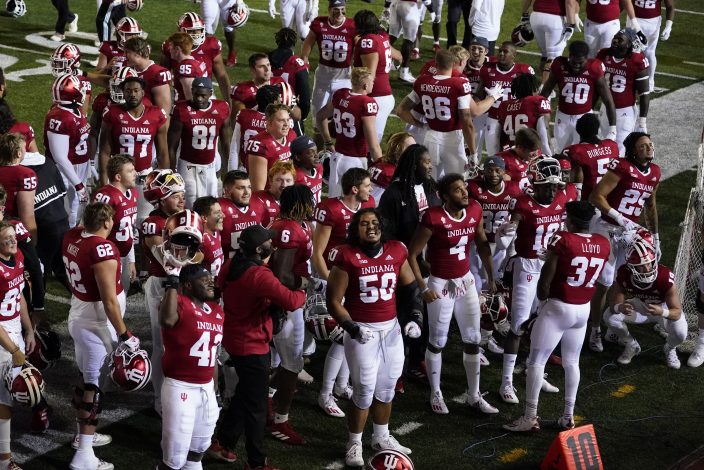 “We've got a lot of guys who went through the course of last season where we won enough games to become nationally recognized and we didn't stay there very long. That’s a fact," Allen said. Monday. “So a big win, no question about it, a historic win. But it's in the past."

He's hoping the lessons of 2019 stick with an older team that's more mature.

Last year, Indiana produced its first eight-win season and first winning record in league play since 1993. Then after beating Northwestern for its fourth straight victory, the Hoosiers made their first Top 25 appearance since September 1994, ending the longest active drought by a power-five team. 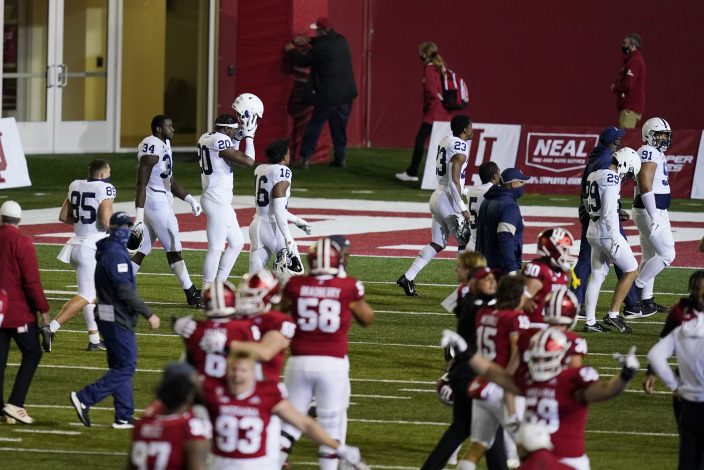 Of course, the return ended when Indiana lost its next game, at Penn State.

Now, after beating their first top-10 opponent since October 1987 and taking down their highest-rated foe since the 1967 Rose Bowl season, the Hoosiers (1-0) are back in the rankings and on the cusp of potentially more breakthrough moments after Allen's crowd-surfing locker room moment..

The last time they entered back-to-back games as a ranked team came at the end of 1993. And with a win at Rutgers (1-0) this weekend, and a little help, Indiana could crack the top 15 for the first time since October 1988. 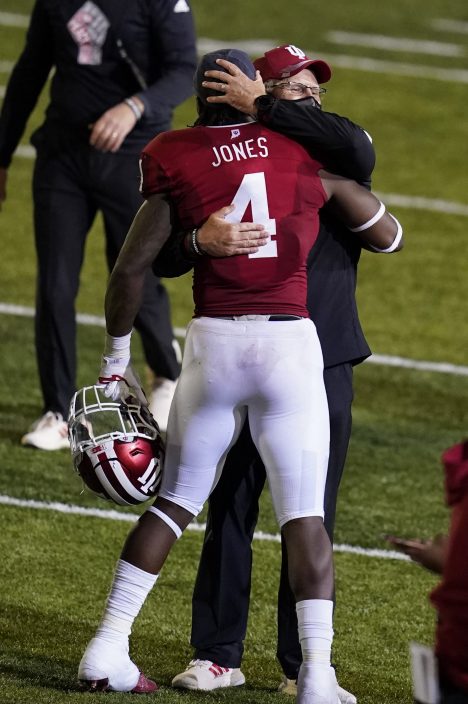 But last year's successes and tribulations including a stinging bowl-game loss when they failed to recover an onside kick taught everyone about the need to focus on small details.

“It’s been just a lot of recovery and watching film., going over stuff we need to fix so we can execute at a higher level," quarterback Michael Penix Jr. said when asked what he's done since clinching the Penn State win with a diving 2-point conversion. “We won the game but we’ve got to execute at a higher level. We’ve got Rutgers this week, that’s all I’m really focused on." 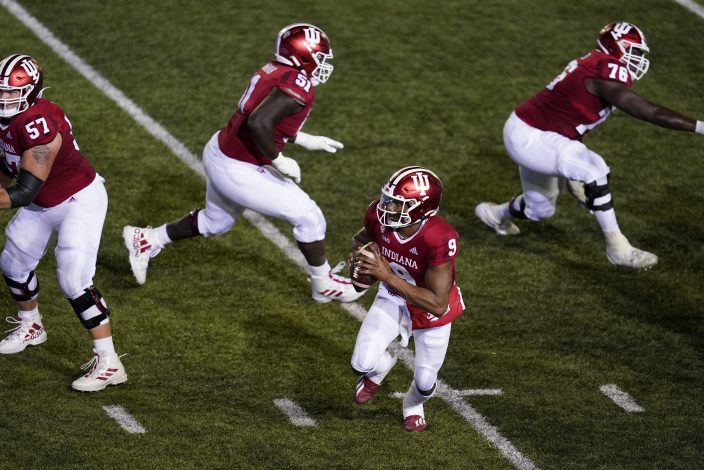 They opened Greg Schiano's second stint as head coach with a 38-27 victory at Michigan State that was nearly as stunning as Indiana's overtime win. The victory snapped a 13-game road losing streak and a 21-game losing streak in conference play.

And they did it with a new coach, a new coaching staff, a new quarterback and a defense that forced seven turnovers.

While Indiana has won five straight in the series, Allen & Co. know they're first road game will be different and not just because of the new mask guidelines and social distancing measures required by the Big Ten. 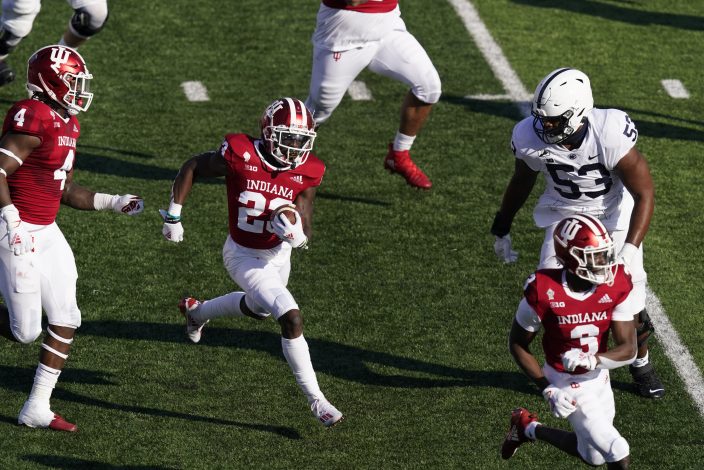 Indiana's Jaylin Williams (23) runs back in interception during the first half of an NCCAA college football game against Penn State, Saturday, Oct. 24, 2020, in Bloomington, Ind. (AP PhotoDarron Cummings)

“Rutgers is a very different football team than it’s been in the past and it’s very obvious on film," Allen said. “Our guys have to be 100% focused on that and how we’re going to get better. New quarterback, new system, I have a lot of respect for their coordinators and the staff they’ve put together. So we’re 1-0 now and we want to go to 2-0 and that’s how we have to approach it."

It's a message that resonated quickly in the locker room — even amid the celebration.

“We just came off a great win, a great team win and we’ve still got to move on to next week," Penix said. “We’ll focus on the team ahead of us and the film study and make sure we’re at our best, whoever (the opponent) is."