Coming off an unusual bye week that included daily COVID-19 testing, a stay-safe directive and the addition of sack specialist Yannick Ngakoue, the Baltimore Ravens have turned their attention toward Sunday’s AFC North showdown with the unbeaten Pittsburgh Steelers.

Baltimore's bye came a week earlier than scheduled after the pandemic forced the postponement of the Oct. 4 game between Pittsburgh and Tennessee to Sunday. The Steelers won to improve to 6-0 while the Ravens (5-1) wrapped up a mellow weekend in the area.

In years past, the players would use the bye to head home or take a short vacation. This year, because of COVID-19, forays out of town are unwise and essentially undoable. 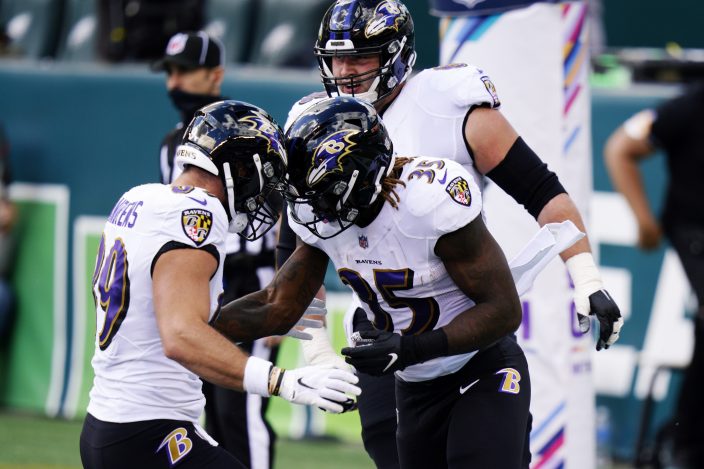 Baltimore Ravens' Gus Edwards (35) celebrates with Mark Andrews (89) after scoring a touchdown during the first half of an NFL football game against the Philadelphia Eagles, Sunday, Oct. 18, 2020, in Philadelphia. (AP PhotoChris Szagola)

After the team practiced Tuesday and Wednesday, tight end Mark Andrews went on a fishing trip with a couple of teammates. That's about as adventurous as it gets during a football season held in the middle of a pandemic.

“Just chilled and relaxed," Andrews said. “All this COVID stuff, just being smart and just keeping the big picture in mind." 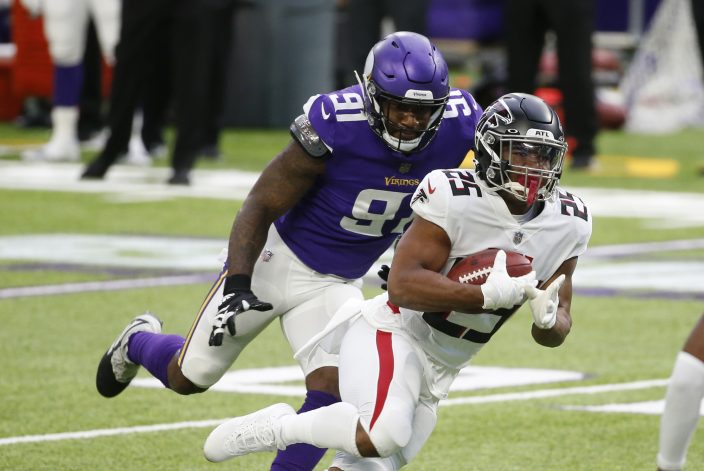 General manager Eric DeCosta stayed busy, trading a pair of draft picks to Minnesota for Ngakoue, who played with Campbell at Jacksonville last year. The deal should improve an already effective pass rush that totaled 13 sacks in two games before the bye.

“Being able to have him as a teammate again, I'm excited about that," Campbell said Monday. “I feel like he's going to help us win a lot of ballgames."

Ngakoue grew up in Maryland and played at the University of Maryland. He's signed through this season, but Campbell hopes to convince him to stick around for years to come.

“I think this place is perfect for him," Campbell said. “I hope this really works out for him here and he can be a longtime Raven because this place is really special. What it means to be a Raven, he possesses that. The coaching staff here is going to allow him to be himself and flourish."

Ngakoue is expected to practice Wednesday and make his debut Sunday in a matchup for first place in the division. Campbell and Ngakoue will be chasing quarterback Ben Roethlisberger, who's returned from elbow surgery to help Pittsburgh become the lone remaining unbeaten team in the NFL.

“It's the best I've seen him," Campbell said. “He's always been great, but he's locked in, he's getting rid of the ball fast, making great reads, getting the ball to his playmakers. They're rolling, so we'll have our hands full."

Coach John Harbaugh said the time off enabled the Ravens to get healthy, but he's unsure of the status of running back Mark Ingram, who sprained his left ankle against Cincinnati two weeks ago.

“It's a matter of how he feels as the week goes on," Harbaugh said.

Harbaugh also confirmed that the Ravens will take another look at former Cowboys receiver Dez Bryant, who could end up on the team's practice squad if he makes a positive impression.

“If we sign him, we’ll make that announcement when it happens and we’ll go from there," the coach said.