Police in Tanzania shot dead at least nine citizens amid unrest over alleged fraud ahead of the country’s presidential election, a major opposition party asserted Tuesday, while officials denied it and residents braced for Wednesday's vote.

The ACT Wazalendo party also said police in the semi-autonomous island region of Zanzibar arrested its presidential candidate there, Maalim Seif Sharif Hamad. A police official in Zanzibar city, Mohammed Hassan Haji, confirmed the arrest to The Associated Press but gave no details.

“I think it is going to be a very terrible situation,” Pavu Juma Abdalla, the opposition party’s deputy secretary for human rights, told the AP. She said more than 100 people had been arrested. 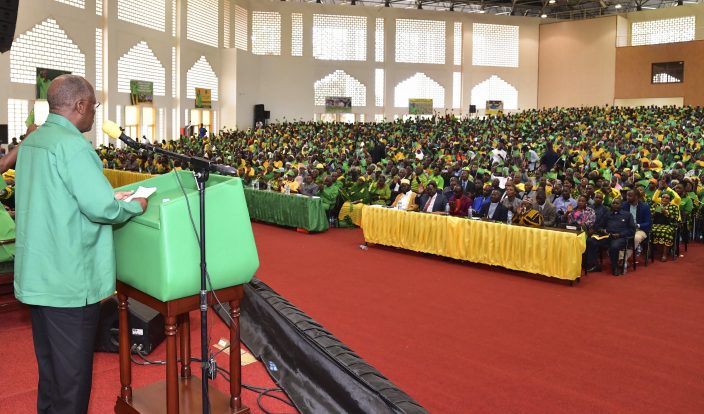 Police in Pemba city in Zanzibar, however, did not comment on the allegation that police opened fire on citizens there Monday evening ahead of advance voting in the East African nation. Tanzania's inspector general of police, Simon Sirro, later denied any deaths to reporters, saying some residents had been throwing rocks and 42 were arrested.

There was a heavy police and military presence in Zanzibar on Tuesday, with police using tear gas on citizens who defied an order to remain at home. Many roads were blocked. Police said 72 people were arrested and accused of plundering and burning properties near polling places where security forces and others were voting.

Urban West Regional Police Commander Awadhi Juma Haji told reporters that some people were hurt “accidentally” but “there was no casualty." 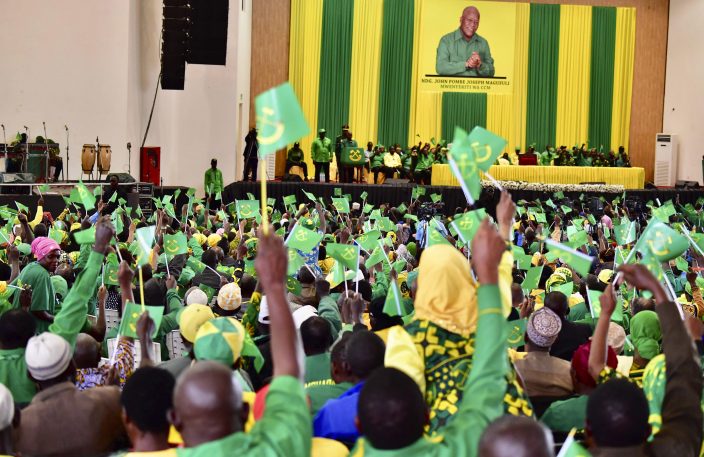 A section of elders from Dodoma region who attended, President John Magufuli's campaign meeting in Dodoma on Tuesday, Oct. 27, 2020. A major opposition party in Tanzania is accusing police of shooting dead at least nine citizens amid unrest over alleged fraud on the eve of the country's presidential election. (AP Photo)

People reported that internet service had slowed, amid fears that the service would be cut off on Wednesday.

Police at first responded with tear gas and then live ammunition, the statement said. 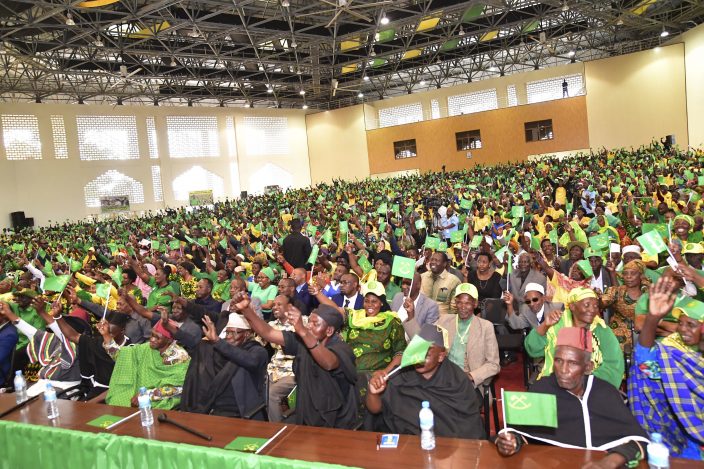 A section of elders from Dodoma region who attended, President John Magufuli's campaign meeting in Dodoma on Tuesday, Oct. 27, 2020. A major opposition party in Tanzania is accusing police of shooting dead at least nine citizens amid unrest over alleged fraud on the eve of the country's presidential election.(AP Photo)

The ACT Wazalendo presidential candidate in Zanzibar, Maalim Seif Sharif Hamad, condemned the shootings. He was then arrested Tuesday morning at a polling station as he went to vote, the party said.

“I'm alarmed by reports from Zanzibar and elsewhere of violence, deaths and detentions,” the U.S. ambassador to Tanzania, Donald J. Wright, said Tuesday in a statement. “It's not too late to prevent more bloodshed! Security forces must show restraint." The United Nations secretary-general called on all political leaders to refrain from violence.

The U.N. human rights office said it was “particularly alarmed” by reports of the shootings in Zanzibar, urging independent investigations and appealing for calm. “We have been following with concern the shrinking of democratic space in the country, with worrying reports of intimidation, harassment, arbitrary arrests and physical attacks against political opponents,” spokeswoman Ravina Shamdasani said.

Tanzanian President John Magufuli seeks a second five-year term in Wednesday's vote, and opposition parties and human rights groups have expressed concern that the vote is already compromised in favor of the ruling party.

Magufuli in his final campaign speech Tuesday didn't address the unrest in Zanzibar but called for a peaceful vote. He has been campaigning on promises of improving the pay of civil servants who haven't received a raise since he took power.

The populist Magufuli quickly consolidated power after winning the 2015 election and barred opposition political parties from holding most public gatherings. Candidates ahead of Wednesday's vote, including top opposition candidate Tundu Lissu, have alleged harassment by authorities, and some major independent election observers will be absent unlike in previous votes.

“We would like to remind you that the long-term peace and stability of Tanzania as well as the region rests on your commitment and diligence in conducting a credible, impartial, fair and transparent process,” the Tanzania Elections Watch, a regional group of eminent persons, said in a letter to the national electoral commission.

So far, the group said, the commission's conduct “does not pass the basic tests of an independent and impartial election management body,” adding that “many candidates remain locked out of the process.”

Amnesty International's Seif Magango added in an interview: “We are concerned that the last five years of human rights deterioration in the country could continue into the next five.”

Zanzibar has been the scene of deadly abuses by security forces in the past. In 2001, security forces killed at least 35 people and wounded more than 600 while suppressing opposition protests over alleged election fraud, Human Rights Watch reported.

Tanzania votes for president amid fears of violence, fraud