From classic American rockers to British artists to the estates of late legends, here's a look at some of the musicians who have objected to Donald Trump using their songs at campaign events.

Some classic rockers say not only do they oppose Trump using their music, the choice of songs is ironic or downright wrong. John Fogerty, who last week sent the campaign a cease-and-desist letter over the use of “Fortunate Son” by his band Creedence Clearwater Revival, said he was baffled by the use of a song that could have been written to slam Trump. Phil Collins sent the campaign a demand to stop using “In the Air Tonight" after it was played at an Iowa rally this month. Many observers say it was an odd song to choose given that the air among the mostly mask-less people at the rally could have been spreading the coronavirus. And just as he had with Ronald Reagan in 1984, Bruce Springsteen objected in 2016 to Trump blasting “Born in the U.S.A." as a patriotic anthem, when it's actually a scathing indictment of the treatment of Vietnam vets. 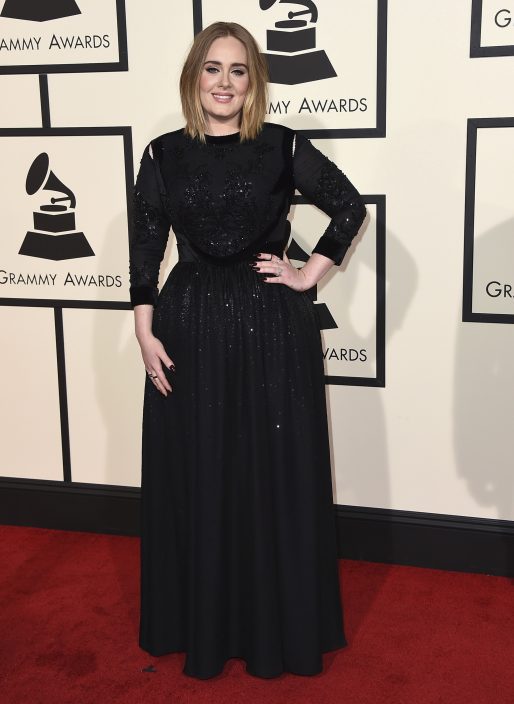 FILE - In this Feb. 15, 2016 file photo, Adele arrives at the 58th annual Grammy Awards in Los Angeles. Adele is among several musicians who are objecting to their songs being used at President Donald Trump's campaign rallies. Adele made her objections clear when she learned her songs, “Rolling in the Deep” and “Skyfall,” were playing at Trump rallies. (Photo by Jordan StraussInvisionAP, File)

Most musicians have stopped at legal threats, but a few have actually sued over the use of their songs. Neil Young filed a lawsuit in August over the Trump campaign's use of his music including “Rockin' in the Free World,” which he said he couldn't bear to hear as a theme song for Trump. Eddy Grant sued Trump in September over the use of his 1980s hit “Electric Avenue” in a Trump campaign animated video that mocked his opponent Joe Biden. 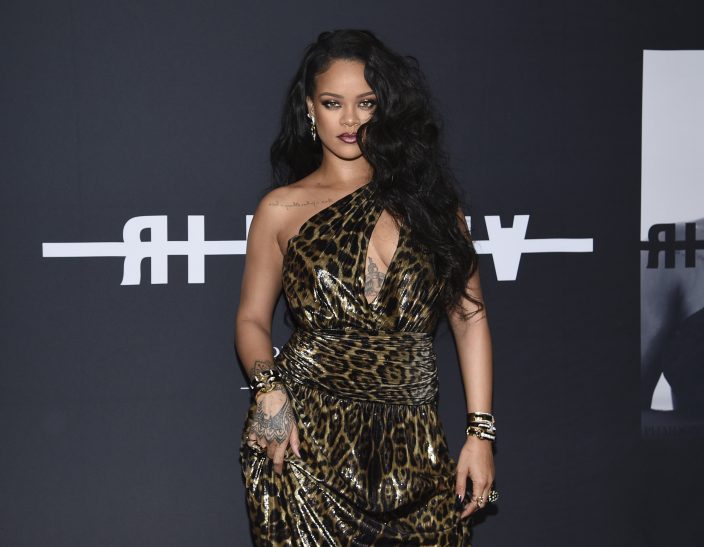 FILE - Singer and fashion designer Rihanna attends the "Rihanna" book launch event in New York on Oct. 11, 2019. Dozens of artists have objected to President Donald Trump using their music in his presidential campaigns. Rihanna demanded that Trump stop playing “Don't Stop the Music” after the song played at a 2018 rally. (Photo by Evan AgostiniInvisionAP, File)

The heirs of dead artists have been as quick as living musicians in objecting to Trump's use of songs. Tom Petty’s wife and daughters, who had been in legal squabbles over the management of his estate, came together to issue a statement in June denouncing Trump’s use of the rocker’s “I Won’t Back Down” at rallies. After “Purple Rain” was played at a Trump rally in Prince's hometown of Minneapolis in 2019, the late singer's estate publicly condemned the use of the song and said the campaign had previously agreed not to play it. The lawyers for the Leonard Cohen estate condemned the use of “Hallelujah” at the finale of the Republican National Convention, saying they had denied organizers' permission.

THE ROLLING STONES, THE BEATLES, ADELE

Artists from the UK have been as vocal about their songs as their American counterparts. The Rolling Stones objected to “You Can't Always Get What You Want” getting regular rotation at Trump rallies, threatening to sue in August and saying they had opted out of music licensing that allows campaigns to legally play songs. When the Beatles' “Here Comes the Sun” was played at the 2016 RNC, the heirs of George Harrison, who wrote the song, called it “offensive & against the wishes of the George Harrison estate.” Adele made her objections clear when she learned her songs, “Rolling in the Deep” and “Skyfall,” were playing at Trump rallies. 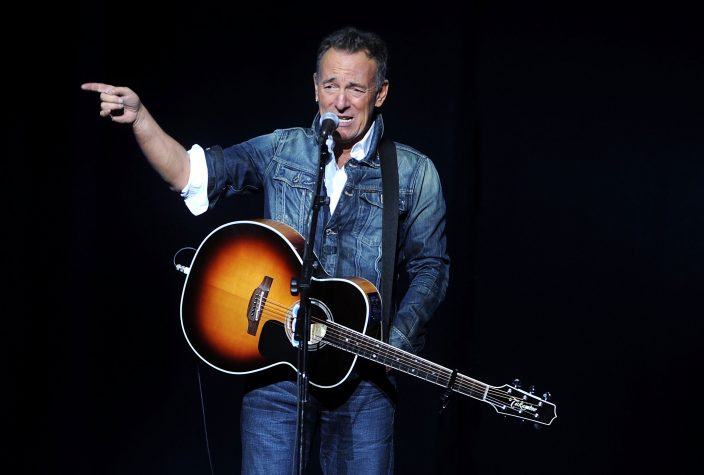 FILE - In this Nov. 5, 2018, file photo, Bruce Springsteen performs at the 12th annual Stand Up For Heroes benefit concert at the Hulu Theater at Madison Square Garden in New York. In 2016, Springsteen objected to Presidential candidate Donald Trump blasting “Born in the U.S.A." as a patriotic anthem, when it's actually a scathing indictment of the treatment of Vietnam vets. (Photo by Brad BarketInvisionAP, File)

PANIC! AT THE DISCO, PHARELL, RIHANNA

It's mostly Baby Boomer favorites who have objected to Trump's use of their music, but younger artists have cried foul too, sometimes with foul language. Panic! At The Disco singer and songwriter Brendon Urie sent a profane tweet that ended with “you're not invited, stop playing my song” in June after the Trump campaign played the hit “High Hopes” at a rally in Phoenix. Pharrell Williams sent a cease-and-desist letter after his song ”Happy" was played at a Trump rally in 2018. He was especially angered that the event was hours after a mass shooting at a Pittsburgh synagogue. And Rihanna demanded that Trump stop playing “Don't Stop the Music” after the song played at a 2018 rally. 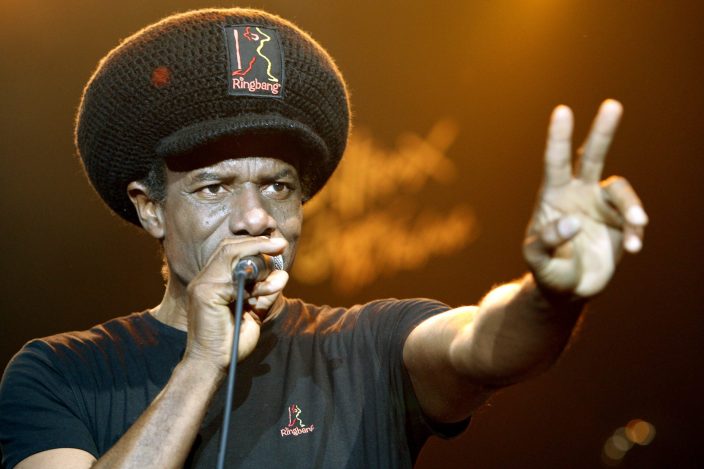 FILE - British reggae musician Eddy Grant performs during the 42nd Montreux Jazz Festival in Montreux, Switzerland on July 16, 2008. Dozens of artists have objected to President Donald Trump using their music in his two presidential campaigns. Grant sued Trump in September over the use of his 1980s hit “Electric Avenue” in a Trump campaign animated video that mocked his opponent Joe Biden. (AP PhotoKEYSTONEJean-Christophe Bott, File)

Generation X bands have been as angry as anyone about the use of their tunes. The Trump campaign has played “Losing My Religion,” “Everybody Hurts” and “It's the End of the World as We Know It (And I Feel Fine)” at rallies, to the outrage of the left-leaning members of R.E.M. “Please know that we do not condone the use of our music by this fraud and con man,” bassist Mike Mills tweeted in January. And Axl Rose has tweeted his annoyance at the songs of Guns N' Roses, including ”Sweet Child O' Mine," being used to entertain Trump rally-goers.