What does the theater community desperately need during a time of social distancing? An actor who can play multiple characters onstage every night. Enter Jefferson Mays.

Mays, who won a Tony Award for playing 40 characters in “I Am My Own Wife” and was Tony-nominated for playing nine roles in “A Gentleman’s Guide to Love and Murder,” is readying a new, one-man version of “A Christmas Carol” for the holidays, playing some 50 characters.

This week he is filming his take on Charles Dickens’ beloved holiday classic onstage at the empty 3,000-seat United Palace in upper Manhattan and the result will be screened on computers across the country starting Nov. 28. 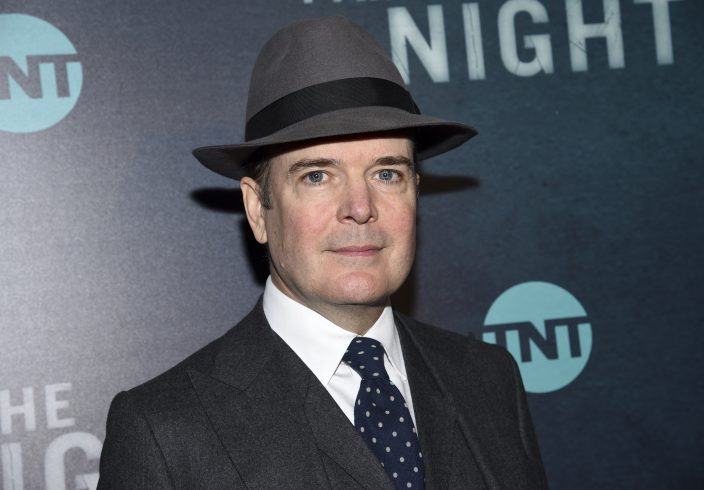 FILE - Actor Jefferson Mays attends the premiere of the TNT mini-series "I Am the Night" in New York on Jan. 22, 2019. Mays, who won a Tony Award for playing 40 characters in “I Am My Own Wife” and was nominated for another for playing nine roles in “A Gentleman’s Guide to Love and Murder,” is readying a new one-man version of “A Christmas Carol” for the holidays, playing some 50 characters. (Photo by Evan AgostiniInvisionAP, File)

“It’s a brave new world,” said Mays as he readied for the show. “It’s very strange rehearsing in a N95 mask, which reduces one’s facial expression capacity by at least 50%. So my eyebrows have never been more busy.”

He's been faithfully following the safety protocol — being swabbed often, wearing a mask and also employing a face shield. Recently, he was permitted to ditch the PPE when the cameras started rolling.

“It was like a runner who had weights on his ankles for four weeks,” he said. “I just felt so liberated that I almost sprained a muscle in my face.”

The broadcast is designed to help regional theaters, which have lost as much as 80% of their income after they shuttered in the spring and were unable to sell tickets during the pandemic.

Tickets purchased via the show's website will automatically benefit local community theaters based on the ZIP code the user enters. Proceeds from tickets purchased outside of the U.S. or non-affiliated ZIP codes will be divided and shared with the partner theaters.

Directed by two-time Tony Award nominee Michael Arden, and adapted by Mays, Susan Lyons and Arden, the filmed version is based on a 2018 production which ran at Los Angeles’ Geffen Playhouse.

Mays will perform the entire show in front of cameras located in the orchestra and mezzanine twice and then return for close-ups and Steadicam work. It may not be exactly live theater, but it's close.

“We make these strange hybrids that are neither theater nor film but, through the magic of film, try to evoke what it’s like to be in the theater," he said. "And I guess we want to strive for a sense of the audience almost being on stage with me and going through an entire performance from beginning to end.”

Mays has long adored “A Christmas Carol,” with its ghosts and villain in Scrooge and hero in Tiny Tim. It was his introduction to the theater, and he and his family would read it every year.

“It’s a story that, in all honesty, I would be happy doing for the rest of my life. I find it endlessly yielding and fascinating,” said Mays. “I think the balm of Dickens’ story is more needed than perhaps ever before, with its possibilities of self-reflection, possibilities of change and redemption.”

The cast and crew have taken on the challenge because they fear for the thousands of shuttered venues and millions of theater workers unemployed.

“I’ve talked to a lot of depressed artistic director friends of mine across the country. And one of them very philosophically said, ‘Theater will survive. But the theaters may not survive,’” said Mays. “They need help now.”