In the film’s opening moments, they’re brought before a detention center board who announce their release. But it’s qualified. “This is bail,” they’re told. “You’re being released on bail as asylum seekers. You’re not citizens. Not yet.”

A case worker (a very good Matt Smith, of “The Crown”) brings them to their bug-ridden, rat-infested new home, a pale-blue concrete tenement with plenty of room but crawling in sinister, dilapidated grime. There are plenty of house rules. They have to stay; they can't have friends over; even board games are a no-no. “Make it easy for people,” the case worker cautions. “Be one of the good ones.” 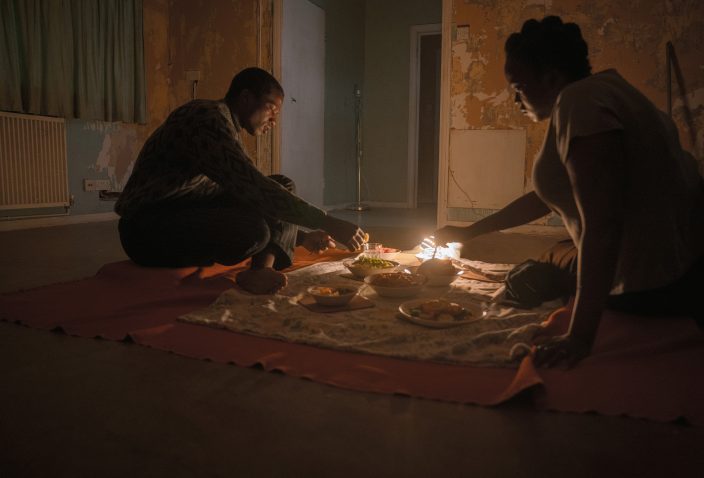 This image released by Netflix shows Wunmi Mosaku as Rial Majur, right, and Ṣọpẹ Dìrísù as Bol Majur in a scene from "His House." (Aidan MonaghanNetflix via AP)

They very much intend to. “We're not going back,” Bol says more than once. But inside their new home, they start hearing things inside the walls. Damp wall paper peels back to reveal black holes with visions of horror within. Rial believes a witch has followed them to Sudan. Like Harry Caul in “The Conversation,” Bol begins to punch holes in the walls and rip up the floor boards, trying to find the source of their terror. They're trapped in a haunted house they can't leave, fearful they'll be judged poor adapters to British life and sent back to Sudan.

In Weekes' directorial debut, premiering Friday on Netflix, everything is creepy and strange. To Bol and Rial, the world around them is disorienting. Weekes films even their daytime errands with horror-movie dread, accompanied by a heavy-handed score. The cold, dingy England they find themselves in — with mean, ghostly faces in windows and bewildering Peter Crouch songs at the pub — might as well be another planet. They're not even sure exactly where they are.

But the couple's haunting, we steadily gather, originates not from their alien environment but from their traumas of home. Their sleeping dreams and waking nightmares are filled with the images of people crammed onto a truck, bodies strewn on the streets, a harried escape by sea, death all around. 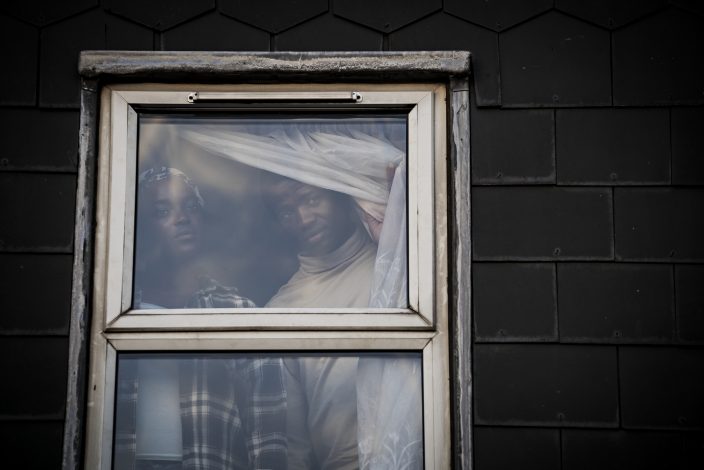 This image released by Netflix shows Wunmi Mosaku as Rial Majur, left, and Ṣọpẹ Dìrísù as Bol Majur in a scene from "His House." (Aidan MonaghanNetflix via AP)

Weekes has the horror elements down pat but risks submerging his film in them. “His House” can feel like it's drowning in production design, imprisoning its characters in genre torments when it could be exploring Rial and Bol's grief, pain and guilt through more judicious plunges into surrealism. But by bringing the migrant crisis into a horror-film realm, “His House” has forcefully captured the traumas of the refugee experience. The grounded performances and pained faces of Dìrísù and Mosaku offer no easy answers.

“His House,” a Netflix release, is not rated by the Motion Picture Association of America but features R-rated scenes of horror and violence. Running time: 93 minutes. Two and a half stars out of four.

This image released by Netflix shows Ṣọpẹ Dìrísù as Bol Majur in a scene from "His House." (Aidan MonaghanNetflix via AP) 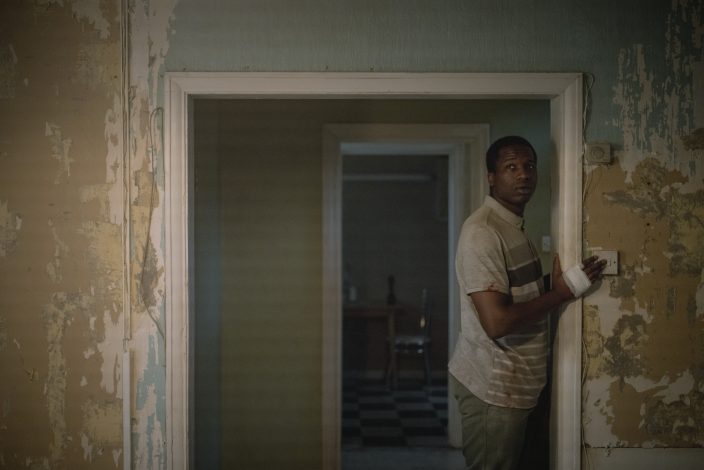 This image released by Netflix shows Ṣọpẹ Dìrísù as Bol Majur in a scene from "His House." (Aidan MonaghanNetflix via AP)