The North Course at Torrey Pines typically is busy with a Saturday pro-am for players who miss the cut in the Farmers Insurance Open. This year, it featured an 18-hole competition for the fledgling Advocates Pro Golf Association.

Now the APGA Tour is picking up even more momentum.

The Farmers Insurance Open announced Tuesday that Kamaiu Johnson, who won the APGA Tour Championship last year, has been awarded a sponsor's exemption to play his first PGA Tour event next year. 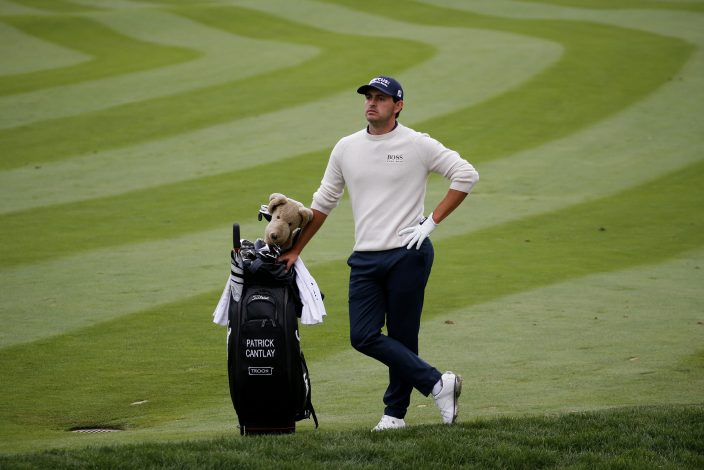 The APGA Tour was established 10 years ago to prepare Black and other minority golfers to compete and gain better access across the golf industry. This year at Torrey was the first time an event was staged at a PGA Tour site. The North and South courses are used for the opening two rounds.

Farmers Insurance has provided funding for APGA Tour events and has sponsored two players, such as Johnson and Willie Mack III.

“We value diversity and are proud to help support the APGA Tour in its mission to level the playing field for many talented golfers,” said Jeff Dailey, CEO of Farmers. “The APGA Tour is doing incredible work to expand the game of golf and we are thrilled to be able to provide Kamaiu the chance to play in his first-ever PGA Tour tournament.” 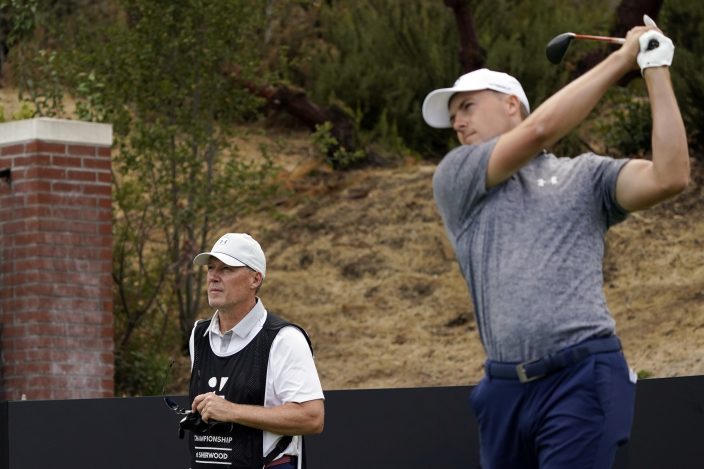 Johnson, who finished in the top 10 in the last five APGA events last year, grew up in a tiny Florida town and played on a youth travel baseball team with former Chicago Cubs All-Star Addison Russell. But he dropped out of the eighth grade because he was put in a class for slow learners and felt torn down.

Living with his grandmother in a crowded two-bedroom apartment near a golf course, he was spotted swinging a stick by the city golf superintendent, Jan Auger. She made him a deal. If he helped around the club, he could play for $1 a round. For the next five years, Johnson practically lived at Hilaman Park, honing his game.

Along with some 10 victories on mini-tours, he has won the Tallahassee Open three times. Now he'll compete against the world's best, a field that typically includes Tiger Woods and Rory McIlroy. 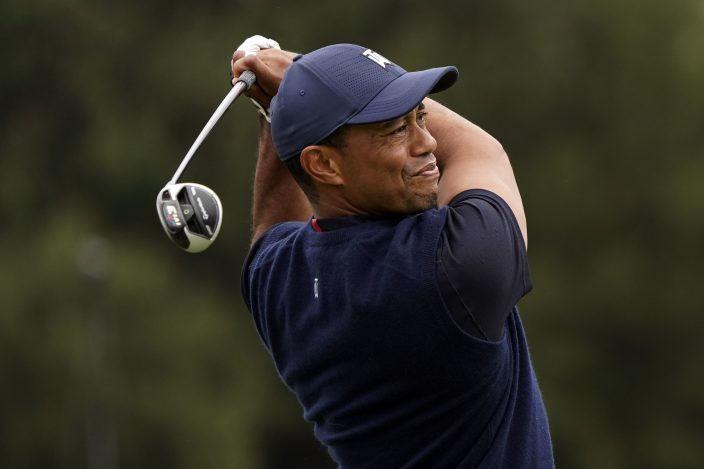 “When I spoke with Jeff virtually and he shared the exemption news with me, I was in shock,” Johnson said. “Earlier this year, I said I wanted to be back at Torrey Pines but playing on the South Course and now that statement is a reality. The opportunity to play in the Farmers Insurance Open is the culmination of a lot of work that I’ve put into the game, but also the sacrifice and help from so many others.”

Rory McIlroy has only two top-10 finishes since golf resumed in June. He tied for 17th in the Zozo Championship at Sherwood, his final tournament before the Masters, and found reason to feel that he is not far off. 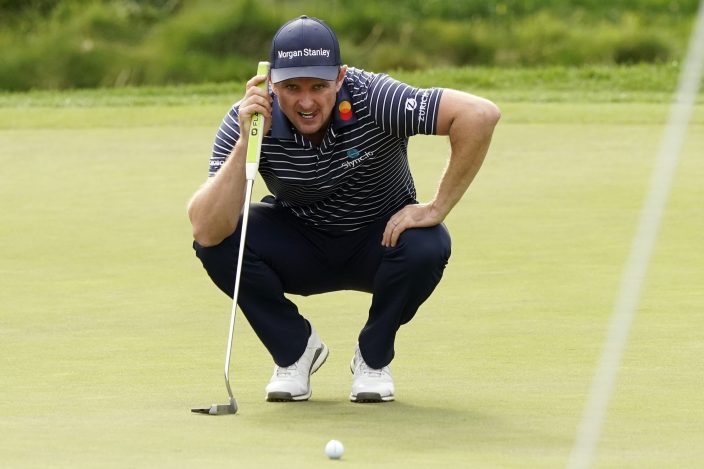 Justin Rose measures his putt on the 18th hole during the third round of the Zozo Championship golf tournament Saturday, Oct. 24, 2020, in Thousand Oaks, Calif. (AP PhotoMarcio Jose Sanchez)

McIlroy made 29 birdies — “More than enough to win golf tournaments,” he said — but finished at 15-under 273, eight shots behind. He figured it's easier to clean up mistakes than not make enough birdies.

“I've played tournaments where I feel like all I can do is make pars, which is not a bad thing, but at the end of the day, that’s not what’s going to give you chances to win tournaments,” McIlroy said. “I’d much rather if the bad spells are a little more like this, a little more up and down, but at least you’re having the good holes and giving yourself chances for birdies.”

He had his first bogey-free round in more than a year on Friday, a 6-under 66, that included saving par after driving into the water on the par-5 fifth hole.

“Three penalty shots,” Spieth said that day. “You win with one, not three.”

And then he had four more over the weekend. Spieth was at 11-under 277 with 25 birdies for the week. He also prefers to be in a position of eliminating errors — hazards, in his case — than trying to find birdies.

“In 2018, I spent a lot of the year like that when I wasn't making any putts,” Spieth said. “It's way easier to see light at the end of the tunnel. I've been bouncing back and forth from day to day. Some days I thought I was close, and then further. Throughout this entire week, I felt closer.”

Not all the Masters traditions are going away with a November tournament and no spectators. Tiger Woods is the defending champion, and he expects to be hosting the Masters Club dinner Tuesday for past champions.

Woods said he doesn't expect all the champions to show up, considering some of the older ones are more at risk for COVID-19. He said his menu would be the same one he announced earlier in the year — steak and chicken fajitas, sushi and sashimi, milkshakes for dessert.

“This is unlike any times we’ve ever had in the past, so we’ve got to do what we can do to obviously have the traditions that we’d like to have but also maintain safety guidelines,” he said.

Patrick Cantlay was playing for the third straight week when he won the Zozo Championship at Sherwood. Since returning in 2017 from a back injury that nearly ended his career, it was only the second time he has played three in a row. The other occasion was a year ago in the FedEx Cup playoffs.

He attributed that mainly to location. Two were in Las Vegas, a favorite stop, and the third was an easy trip over to his native California, even though he had never played Sherwood.

“I don’t usually play three weeks in a row, but if the tournaments are right, then I will,” he said.

Part of it might have been fresh memories of last season, when he failed to reach the Tour Championship.

Cantlay took off three weeks after Riviera in February to have surgery for a deviated septum. Then after the three-month shutdown due to the pandemic, he played only five times in 10 weeks. He missed being in the top 30, who go to East Lake, by what amounted to one putt.

“I kind of chalked last year up to just being weird with all that time off,” he said. “How the FedEx Cup works ... lots of events help. So I just didn’t have enough events, really, and didn’t play great at playoff time when points are triple.”

Callaway and Topgolf announced Tuesday they have agreed to a merger, combining in an all-stock transaction. The companies said the number of shares to be issued is based on an implied equity value of Topgolf of approximately $2 billion, including the 14% Callaway already owns. ... Justin Rose was No. 5 in the world a year ago this month. Now he is the fifth-ranked Englishman at No. 28 in the world. ... The World Amateur Team Championships for 2023 was awarded to the Emirates Golf Federation, which beat out Singapore. It's the first time the event, which dates to 1958, will be held in the Middle East.

Tiger Woods and Tyler Duncan were the only players to win in the fall and not reach the Tour Championship. Woods played only six more tournaments after winning in Japan.

The Tampa Bay Buccaneers have a ch ...