With one point from its opening two games, Real Madrid is facing another fight to preserve its proud record of qualifying for the knockout stage in all of its seasons in the Champions League.

It could have been a whole lot worse for the record 13-time European champions on Tuesday, though.

Heading into the 87th minute against Borussia Mönchengladbach, Madrid was losing 2-0 and on course for four straight losses in the Champions League for the first time. 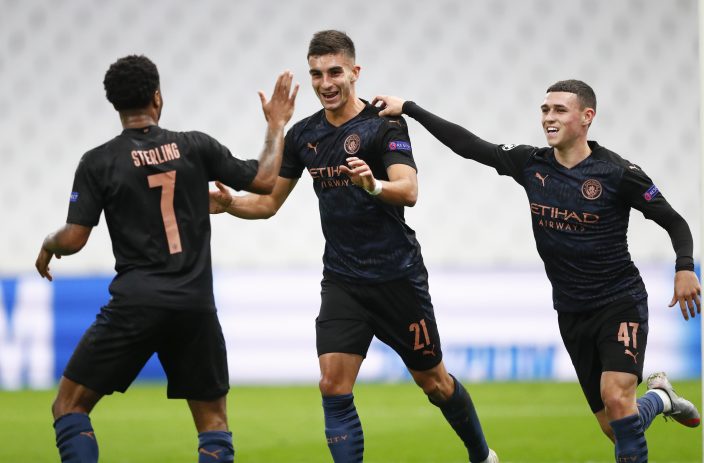 However, goals by Karim Benzema and then Casemiro — in the third minute of stoppage time — rescued a 2-2 draw for the Spanish champions, who opened with a 3-2 loss at home to Shakhtar Donetsk last week.

Next up for Madrid is a double-header against Inter Milan, the team which was supposed to be its toughest rival in Group B but which is also still without a win. A 0-0 draw at Shakhtar, during which Inter hit the crossbar twice, came a week after a 2-2 draw with Mönchengladbach.

Madrid is in bigger trouble, though, in its 25th campaign in the Champions League, in which the team has never been eliminated in the group stage.

Last season, Zinedine Zidane's side started in almost identical fashion, losing its opener — 3-0 to Paris Saint-Germain — and then drawing 2-2 in its second match against Club Brugge. The overall standard of its group is tougher this time round.

“This is going to be a difficult year for everyone," Zidane said.

Defending champion Bayern Munich is having no such trouble, with a 2-1 victory at Lokomotiv Moscow extending its winning run in the Champions League to 13 games.

Also on a maximum of six points is Manchester City after a 3-0 win at Marseille, as the English team continues its latest bid to become European champion for the first time.

Liverpool is the other team to have won both of its games so far, with Diogo Jota scoring the club's 10,000th goal of its 128-year history to set up a 2-0 home win over FC Midtjylland.

Bayern went unpunished for a sloppy performance in Moscow as Joshua Kimmich prolonged the German team's winning streak in the competition with a brilliantly taken 79th-minute goal.

Leon Goretzka put Bayern ahead in the 13th, but the champions gave up plenty of chances before Anton Miranchuk finally took one in the 70th.

Bayern opened with a 4-0 win over Atletico Madrid, which got its Group A campaign back on track by rallying to beat Salzburg 3-2.

Joao Félix scored twice, including the winner in the 85th minute. Marcos Llorente opened the scoring for Atlético before Salzburg went ahead through goals by Dominik Szoboszlai and Mergim Berisha either side of halftime.

Playing without a striker didn’t stop Man City racking up the goals against Marseille.

Sergio Aguero is back on the sidelines with a hamstring injury and with Gabriel Jesus also injured, City started at the Stade Velodrome with Ferran Torres then Raheem Sterling filling in as the makeshift center forward.

Both of them scored, either side of a goal by Ilkay Gundogan as City backed up its 3-1 win over Porto last week.

Porto rebounded from that loss by beating Olympiakos 2-0 thanks to goals by Fábio Vieira and Sérgio Oliveira. It was the 100th victory for Porto in the European Cup and Champions League.

Olympiakos opened with a 1-0 win over Marseille.

Liverpool's defensive woes deepened as Fabinho was forced off with a hamstring injury during the first half of the win over Midtjylland.

The Brazil midfielder has been filling in at center back for Virgil van Dijk, who is likely out for many months after damaging cruciate knee ligaments. With Joel Matip currently struggling for fitness, Liverpool has just one fit senior center half in Joe Gomez.

A 19-year-old, Rhys Williams, replaced Fabinho and Liverpool was shaky at times against the competition newcomers from Denmark.

However, Jota scored in the 55th for a historic goal for Liverpool and substitute Mohamed Salah converted a stoppage-time penalty.

Duván Zapata scored twice in six minutes as Atalanta rallied for a point against Ajax, who went 2-0 ahead thanks to Dušan Tadić's penalty and a scruffy goal from Lassina Traoré.

Atalanta is two points behind Liverpool in second place.