Gary Kauffman says he does not scare easily. So when men waving President Donald Trump flags drive by his house in downtown Gettysburg, Pennsylvania, he stands on his front steps and waves a banner for Democrats Joe Biden and Kamala Harris.

“Sometimes I yell at them. They yell back at me,” says Kauffman, 54.

Still, Kauffman is keeping a closer eye on who they are and what they're carrying as Election Day approaches. Tension has been rising in his town, known best as hallowed ground of the Civil War's bloodiest battle. Recently, it’s become a hot spot of angry confrontations between Trump supporters and liberal protesters. Kauffman has seen some of the Trump supporters carrying weapons. 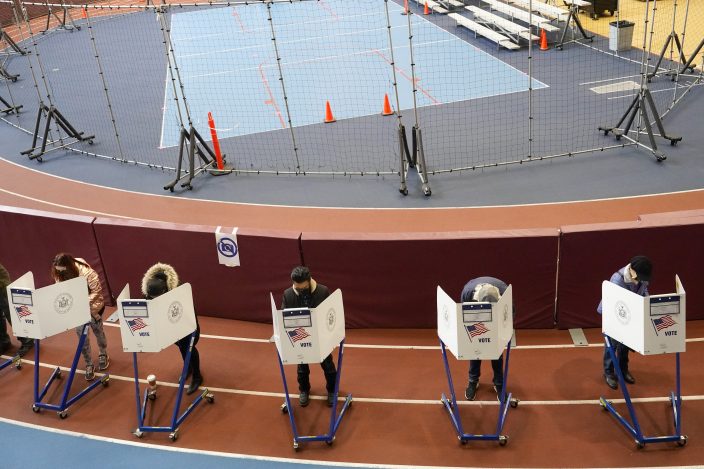 “If there’s guns, I’m a bit more cautious,” he said on Monday.

Americans aren’t accustomed to worrying about violence or safety ahead of an election. It’s a luxury afforded by years of largely peaceful voting, a recent history of fairly orderly displays of democracy. But after months filled with disease, disruption and unrest, Americans are worried that Election Day could become a flashpoint.

With Election Day next week, voters can point to plenty of evidence behind the anxiety. More than 226,000 Americans have died of the coronavirus, and cases are spiking across the country. A summer of protests of racial injustice and sometimes violent confrontations has left many on edge. Gun sales have broken records. Trump has called on supporters to monitor voting and has refused to commit to a peaceful transfer of power or to explicitly condemn a white supremacist group. 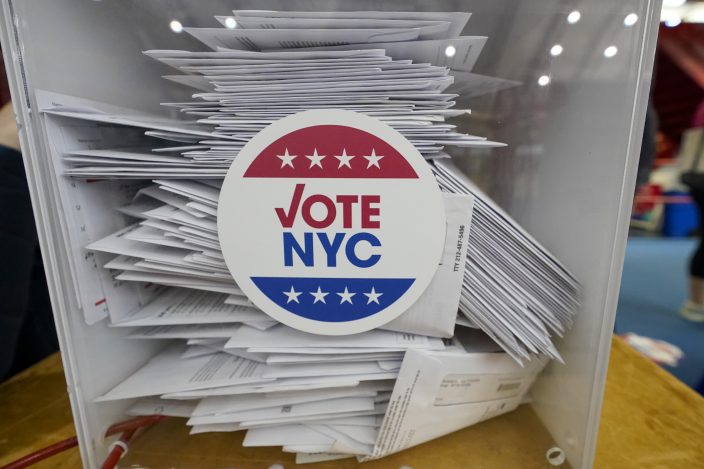 Absentee ballots are seen in a locked box during early voting at the Park Slope Armory YMCA, Tuesday, Oct. 27, 2020, in the Brooklyn borough of New York. (AP PhotoMary Altaffer)

There was the alleged plot to kidnap Michigan Gov. Gretchen Whitmer and another spate of violent protest this week over a police shooting of a Black man in Philadelphia.

“Human beings don’t do well with uncertainty, and there’s been a lot of uncertainty this year,” said Mara Suttmann-Lea, an assistant professor of government at Connecticut College conducting research on voting. ”Absolutely I’m seeing heightened levels of anxiety ... and it's a more general, existential anxiety — ‘What is the state of our democracy?’"

Those worries have shown up in polling. About 7 in 10 voters say they are anxious about the election, according to an AP-NORC poll this month. Biden supporters were more likely to say so than Trump supporters — 72% to 61%. 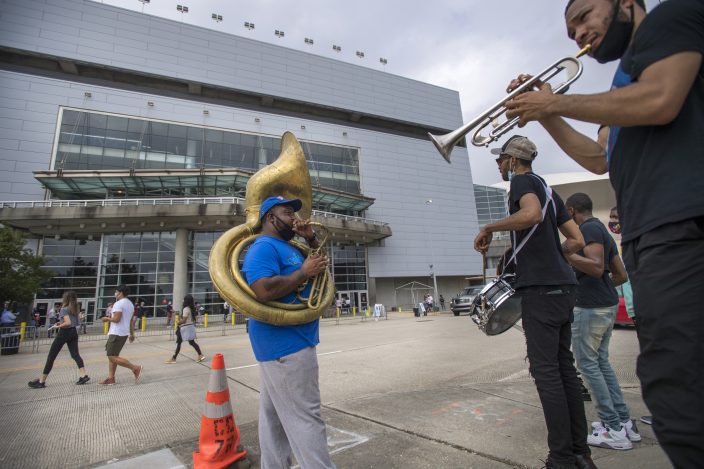 For some, the worries are a vague sense of looming trouble that could take many forms — conflict at a polling place, protest over the outcome, protest over no outcome, a conflagration that splits Americans over now-familiar divisions.

“You can feel it in the energy,” particularly on social media, says Cincinnati voter Josh Holsten Sr., 42. “There are just a lot of extra tensions that don’t necessarily need to be there.”

Holsten says he is voting for Trump, but thinks neither the president nor Biden is doing enough to calm people down. The car salesman has even stocked up on food, water and bulletproof vests for his family — in case the election sparks something bad. 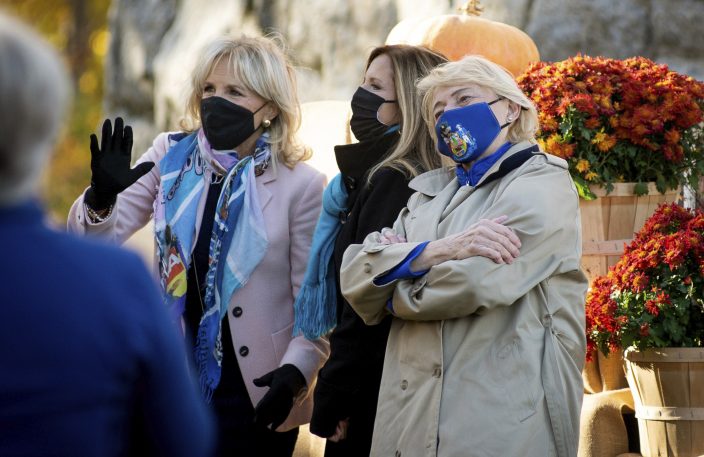 Law enforcement and election officials are preparing, too. FBI and local officials in several states have been conducting drills and setting up command centers to respond to election-related unrest.

Election officials are training poll workers on how to de-escalate conflict and ensuring they're prepped on the rules about poll monitoring, voter intimidation and harassment.

“The procedures have always been there. We’ve just never had to use them,” said Ellen Sorensen, an elections judge in Naperville, Illinois, outside Chicago. “Perhaps this time we may. I don’t know.” 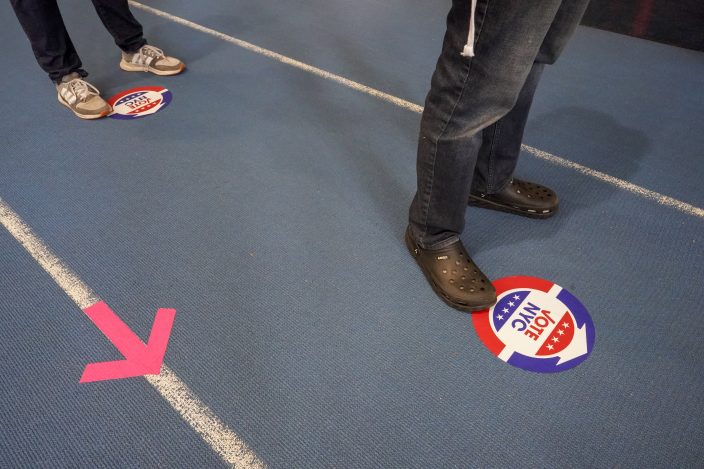 A group called Election Protection Arizona says it intends to train hundreds of people at the polls, including de-escalation guidance in case of confrontations.

The Rev. Joan Van Becelaere, executive director of Unitarian Universalist Justice Ohio and part of an effort to keep the peace, said the virus has fueled fear and division between Trump supporters and others.

The groups, she said, are “extreme places of tension that we really don’t want to meet at these polls."

Millions of Americans are voting despite the worries. More than 62 million people have already voted in the U.S., and more than 20 million of those cast their ballots in person.

A poll in August by the Pew Research Center suggests that more Americans see the stakes as higher than usual in the 2020 presidential election. Twenty years ago, just half of voters said it really mattered who won. As of August, 83% express this view.

For some, that sense of urgency, combined with fierce partisanship and anger, feels like a recipe for conflict.

“November’s going to be scary because both sides aren’t going to give,” said Bob Stanley, 66, a longtime Republican and Trump supporter from Johnstown, Pennsylvania.

Stanley expressed a hope shared by Republicans and Democrats: “I hope it’s going to be an overwhelming majority, or there will be trouble.”

Another Johnstown resident, Fran Jacobs, a 76-year-old Biden supporter, expressed similar concerns about whether the result would be clear, whether people would be calm and whether the world would look at the U.S. as a functional democracy.

“I’ve never been frightened for the country. I always figured we’re gonna make it. We always pull something up. And I’m really frightened this time,” she said, looking to the sky. "It’s all in your hands, I know.”