President Donald Trump will make a crunch-time appeal to voters in Nevada. But he'll do so from Arizona.

The president is under pressure Wednesday to prevent a repeat of a September rally in Nevada that attracted thousands of people. The airport that hosted that event was fined more than $5,500 for violating crowd restrictions aimed at preventing the spread of the coronavirus.

Rather the curb the crowds as virus cases spike across the U.S., Trump is simply shifting his event across the banks of the Colorado River to Bullhead City, Arizona. The move is the latest example of Trump's efforts to downplay the virus and condemn Democratic leaders in states such as Nevada who have imposed limits on gatherings to combat the worst public health crisis in more than a century. 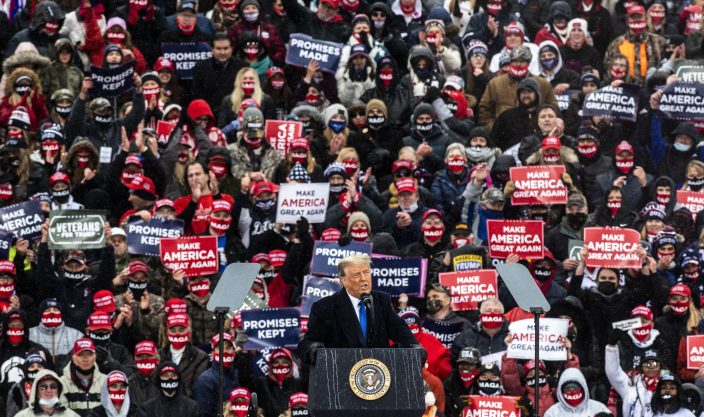 That was a message Trump emphasized on Tuesday as he campaigned in Michigan and Wisconsin, critical battlegrounds with Democratic governors who have set restrictions to address the pandemic.

“Speaking of lockdowns, let's get your governor to open it up,” Trump said in West Salem, Wisconsin.

With less than a week until Election Day, Trump is trailing Democratic rival Joe Biden in most national polls. Biden also has an advantage, though narrower, in the key swing states that could decide the election. 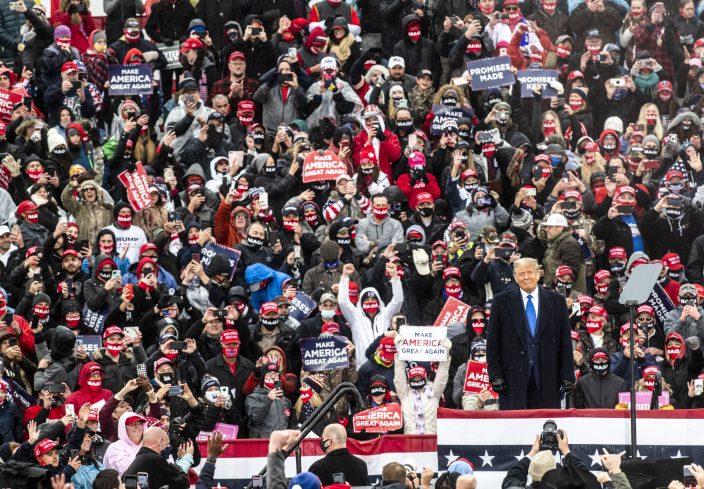 Trump views Nevada, a state that hasn't backed a Republican for president since 2004, as one option for success. Hillary Clinton won it by less than 2.5 percentage points in 2016, giving the president hope that he could close the margin.

While Trump has his sights on Nevada, he's also aiming to keep Arizona in his column. The state hasn't backed a Democratic presidential candidate since 1996, but it is competitive this year for both the presidency and the Senate. Democrat Mark Kelly is in a close race against GOP Sen. Martha McSally.

Democrats aren't ceding Nevada and Arizona to Trump in the final days of the campaign. Biden's running mate, California Sen. Kamala Harris, was in Nevada on Tuesday night in an effort to prevent the state from flipping to Trump. 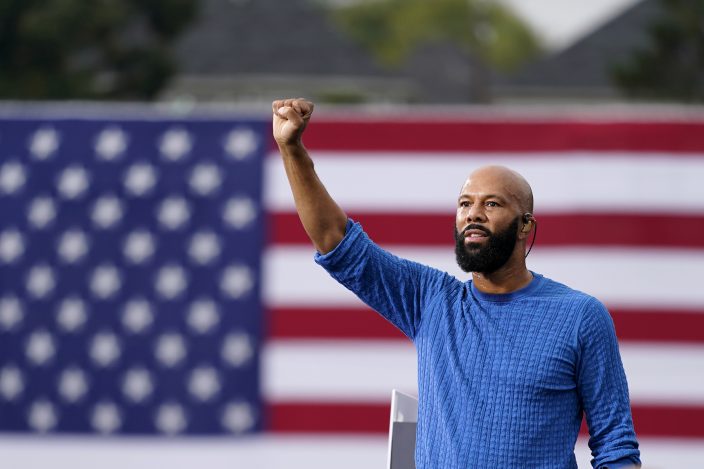 “A path to the White House runs right through this field,” Harris said in a Las Vegas park Tuesday evening.

She will also travel to Arizona on Wednesday.

Biden will spend the day in Wilmington, Delaware, where he lives. The former vice president will receive a virtual briefing from public health experts, then give a speech on the pandemic and how he plans to protect insurance coverage for millions of Americans with pre-existing conditions. 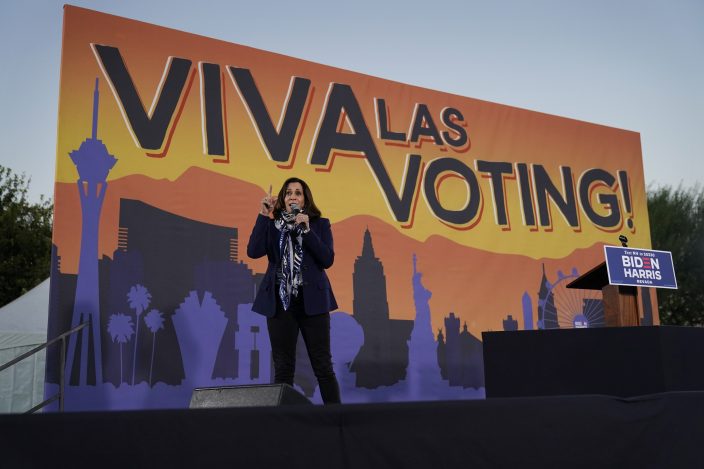 Both campaigns are arguing they have the momentum with Election Day looming.

“We’re definitely on offense, but we are also visiting the states where the president did win last time,” Trump reelection campaign spokesman Tim Murtaugh said on a conference call with reporters.

Democrats point to a larger number of their partisans returning absentee ballots in pivotal states like Pennsylvania — results that could decisive since more people are likely to vote by mail during the pandemic. 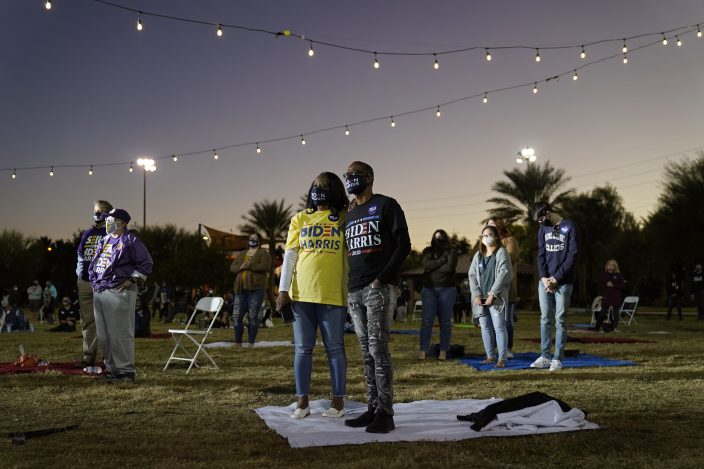 Trump’s campaign is facing a cash crunch, meanwhile, which has crimped his advertising budget at a time when Biden is using his massive funding advantage to flood the airwaves in battleground states with ads. That’s forced Trump to do more of his signature rallies as a substitute, despite a worsening pandemic.

In Arizona, Biden is outspending by nearly double Trump and the Republican National Committee, which has more cash on hand than the president and has been tapped to help pay for ads in the closing weeks.

In Nevada, the gulf is even more dramatic, with Trump and the RNC’s minimal $500,000 ad buy for the week getting drowned out by $3.3 million in advertising from Biden and his allies, according to data from the ad tracking firm CMAG/Kantar.

Biden is focusing later this week on states that Trump won in 2016, with plans to visit Florida, Iowa, Wisconsin and Michigan in the closing stretch.

On Tuesday, he was in Georgia, which hasn't voted for a Democratic White House hopeful since 1992, hitting Trump on his handling of the pandemic.

“The tragic truth of our time is that COVID has left a deep and lasting wound in this country,” Biden said while campaigning in the town of Warm Springs.