Throngs of people who attended a campaign rally held by President Donald Trump at a Nebraska airport had to wait around in frigid weather for hours after it ended before they could get back to their cars. 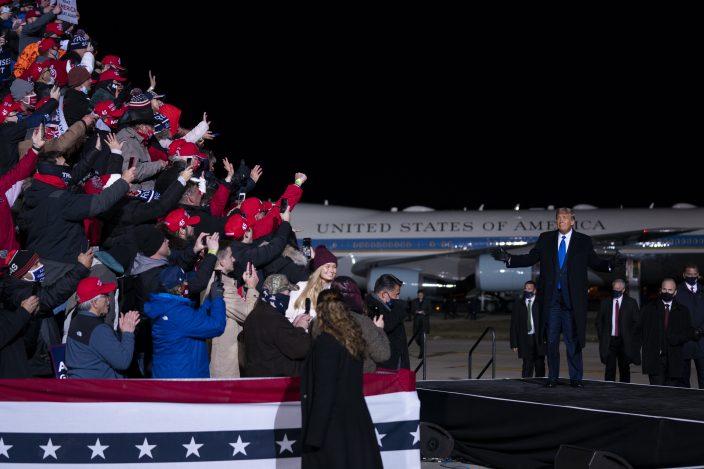 Thousands attended the Tuesday night rally at Omaha’s Eppley Airfield. Most parked in designated lots a mile or two from the airport and were shuttled into the 7:30 p.m. event on buses. Social media and police scanner reports indicate shuttle buses were unable to return to the airport as traffic snarled and hundreds of people wandered into the streets around the airport as they tried to walk to their cars.

The last of the rally-goers left the area by around 12:30 a.m. Wednesday.

Police tried to clear traffic and respond to medical emergencies including some people who suffered adverse effects from the cold weather, around 30 degrees. 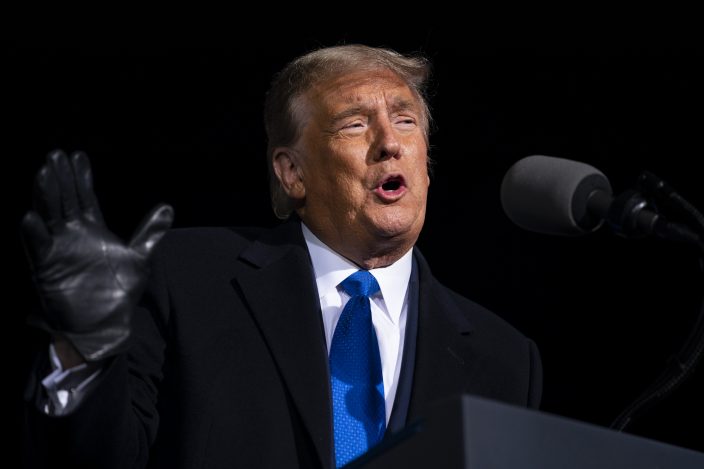 An Omaha police spokesman says he doesn't know the size of the crowd or the number of people who waited for the buses.

The presidential campaign shifts west as President Donald Trump visits an Arizona town across the Colorado River from Nevada. Democrat Joe Biden sees once reliably red Arizona as a prime candidate to turn blue, and running mate Kamala Harris will campaign there. 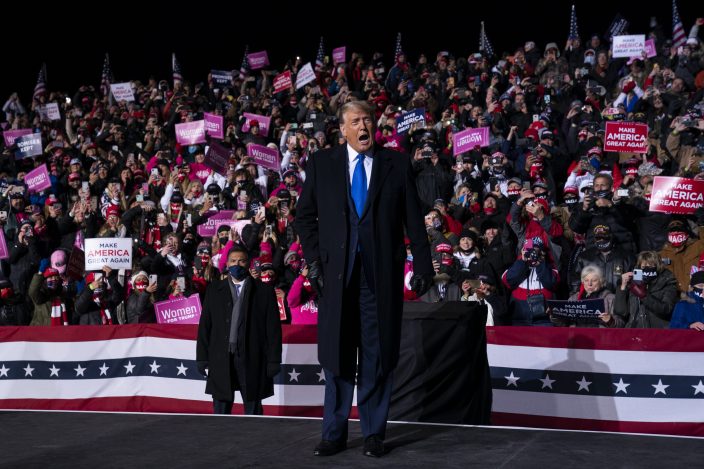 — ‘We need you’: GOP hunts for new voters in Trump territory

— Anxiety 2020: Voters worry about safety at the polls

The Latest: Biden eyes Georgia and other GOP strongholds