The Bundesliga will have to play without fans again after the tentative return of spectators was cut short due to rising coronavirus infections in Germany.

Chancellor Angela Merkel and governors of the country’s 16 states passed new restrictions on Wednesday in a bid to contain the virus, meaning professional soccer matches will have to be played without spectators starting Monday and for the rest of November. Amateur sports and leisure activities were suspended, with the exception of individual exercises.

“We must act, and now, to avoid an acute national health emergency,” Merkel said as she outlined the reasons behind closing restaurants, bars, clubs, cinemas, theaters and other leisure facilities for four weeks. 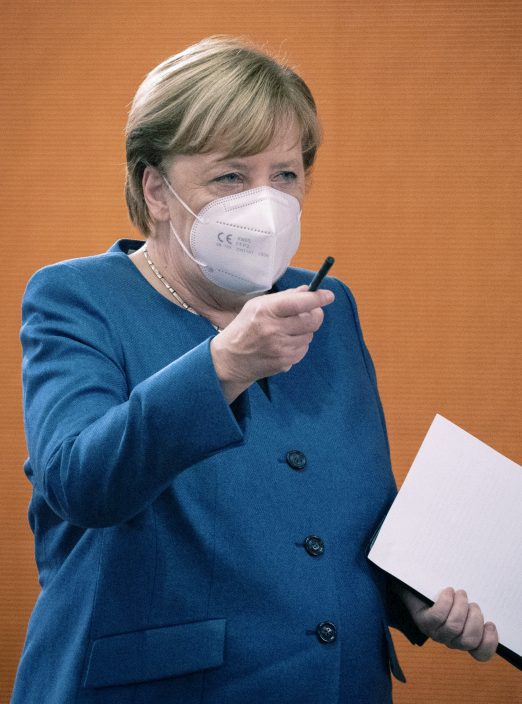 German Chancellor Angela Merkel wears a face mask as she arrives for the weekly cabinet meeting at the Chancellery in Berlin, Germany, Wednesday, Oct. 28, 2020. (Kay Nietfelddpa via AP, pool)

The Bundesliga has been playing with limited or no fans present this season anyway, with teams following local restrictions based on infection rates. But Wednesday’s new measures are the first nationwide clampdown since the Bundesliga’s two-month suspension when the pandemic began in March.

Borussia Mönchengladbach and Schalke had already announced that their Bundesliga games this weekend will played without fans, while Borussia Dortmund's Champions League match against Zenit St. Petersburg on Wednesday would also take place in an empty stadium.

“Fans and clubs have implemented hygiene and distance rules almost without exception in a disciplined manner wherever possible and have thus lived up to their responsibility,” the German soccer league said in a statement. “It’s therefore unfortunate if this is no longer possible. We hope that the adopted measures will have a quick and lasting effect.”

“We have to flatten the curve, to stabilize the rate of new infections so we can get them down again.” Merkel said.

Bundesliga working with German government to bring back fans