Chelsea enjoyed its first match in front of fans in nearly eight months, beating Krasnodar 4-0 in the Champions League on Wednesday to spoil the Russian club’s home debut in the competition.

Krasnodar goalkeeper Matvei Safonov let a shot from Callum Hudson-Odoi squirm through his grasp and over the line to gift Chelsea a 37th-minute lead, before Timo Werner — from the penalty spot — Hakim Ziyech and Christian Pulisic added further goals in the second half.

There were 10,544 fans — a restricted number because of the coronavirus pandemic — at Krasnodar Stadium in the south of the country for what was arguably the biggest match in the history of a club founded just 12 years ago. 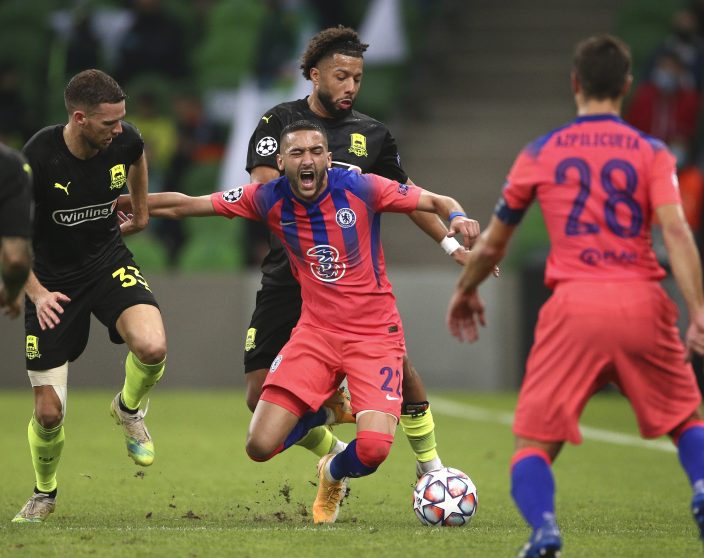 It was the first time Chelsea had played a competitive match in a stadium containing fans since before the outbreak of the virus in March.

One of those inside the stadium was Roman Abramovich, Chelsea’s Russian billionaire owner, who sat in a VIP box alongside the oligarch who owns Krasnodar, Sergey Galitski. It was a rare sighting of Abramovich at a Chelsea game because he has had no visa to enter Britain since 2018.

“I always feel the support of the owner of the club, whether he’s here at games or not," Chelsea manager Frank Lampard said. “I’m very pleased we put on what I thought was a good performance with four goals and a clean sheet in his home country, and I hope it made him happy.” 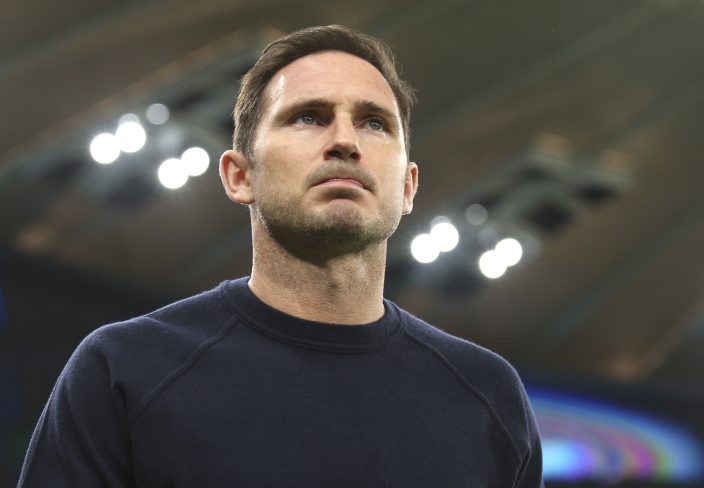 Krasnodar had nine players unavailable for various reasons — the team only named five outfield players on the bench — and its lack of options showed in the second half as Chelsea ran away with the game to secure its first win of Group E, having started with a 0-0 draw at home to Sevilla.

Krasnodar has a point after two games after its 1-1 draw at Rennes last week.

After Jorginho struck a penalty against the post for Chelsea in the 14th minute following a trip on Werner, Hudson-Odoi gave the visitors the lead when he collected a pass from Kai Havertz and cut inside before unleashing a shot that was spilled into the net by Safonov, Krasnodar's highly rated academy prospect. 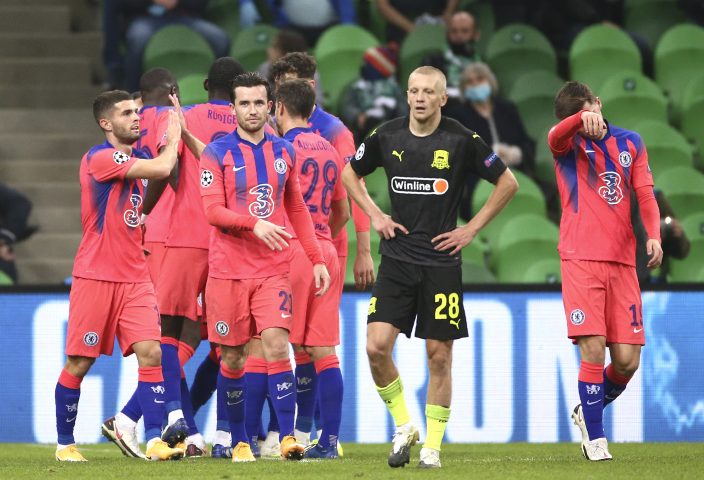 It was a first Champions League goal for Hudson-Odoi, who has been largely out of the picture following Chelsea's spending spree for this season.

“I think the goal is clearly going to be good for his confidence,” Lampard said. “There were things I liked in his game today, his desire to run behind the defence.

“Sometimes one-on-one it didn’t quite go his way, but I’m very pleased when you’re playing in the Champions League and you get your goal, I know the feeling of confidence that can give him."

The closest Krasnodar came to equalizing was when Yury Gazinski met a corner with a volley into the ground and up against the crossbar in the 55th minute.

Chelsea capitalized on that let-off with a flurry of goals from the 76th, when Werner made it 2-0 by converting a penalty after Pulisic’s shot hit the outstretched arm of Aleksandr Martynovich.

Werner took over penalty-taking duties because Jorginho, who failed from the spot for the second time this season, had been substituted. The Italy international's skipped run-up has come under scrutiny.

“I’ve got no problem at all with his style of taking them, because of the success he’s had," Lampard said, "and Timo Werner, I know he’s very capable to take penalties as we saw.

“We have other players that can as well, so I’ll talk with the players afterwards to see how we move forward."

Ziyech marked his first start for Chelsea since his offseason move from Ajax with the third in the 79th after he was picked out by Werner in the area.

And Pulisic, a second-half substitute, scored low inside Safonov’s near post in the 90th minute from Tammy Abraham’s pass to complete the win.

“We played well in the first half and had a few chances, but Chelsea scored a goal that nobody expected,” Krasnodar coach Murad Musayev said. “The second goal was easy for them, and after that we didn’t have resources to come back.”