A look at what’s happening around the Europa League on Thursday:

Dundalk head coach Filippo Giovagnoli has likened his side's game against Arsenal to a heavyweight boxing mismatch. The Irish champions opened Group B with a 2-1 home loss to Molde and faces a much bigger test a week later in one of the biggest matches in their history. Giovagnoli used the fact that Mesut Ozil, Arsenal’s biggest earner, hasn’t even made the English team’s Europa League squad to highlight the difference between the clubs. “It is quite obvious there is a heavyweight boxer against a super-lightweight," he said, “so we will just have to try and make them run and uncomfortable a little bit.” Arsenal, which won 2-1 at Rapid Vienna last week, is likely to make several changes from the side that lost to Leicester in the Premier League on Sunday. 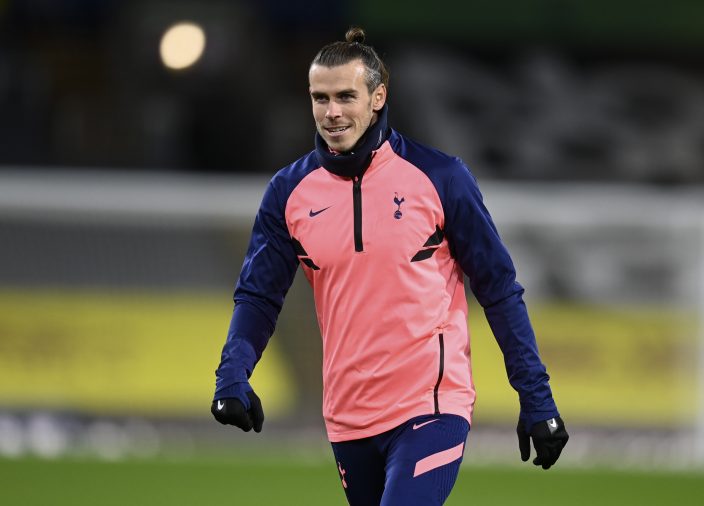 Both Antwerp and Tottenham won their opening games and their current form bode for an entertaining match. Spurs are on an 11-match unbeaten run while Antwerp, the Belgian league leader, won its five past matches in all competitions. With Tottenham among the favorites for the title and Jose Mourinho rated among the game's best tacticians, Antwerp coach Ivan Leko takes a relaxed approach to their match. “Jose Mourinho is one of the best coaches of the 20th century,” Leko told Antwerp newspaper Het Laatste Nieuws. “It’s a small dream coming true. On the other hand, we have seen often enough in football that the best team does not always win." Gareth Bale is expected to start for a second straight game in the competition, after the 3-0 win over LASK last week, as he builds up his match sharpness.

AC Milan comes into the match after giving up its perfect start to the Serie A season but is still unbeaten in 22 matches in all competition. Zlatan Ibrahimović scored twice in a 3-3 draw against Roma on Monday. That took his tally to seven goals in five matches this season and the 39-year-old is showing no ill effects after recovering from the coronavirus. Milan will again be without goalkeeper Gianluigi Donnarumma and winger Jens Petter Hauge after both players tested positive for COVID-19.

Piotr Zieliński and Elif Elmas are back in the Napoli squad for the first time almost a month after the midfielders tested positive for the coronavirus, sparking controversy in Serie A. Napoli subsequently did not travel to Turin for its Oct. 4 match against Juventus and the league’s disciplinary commission handed it a 3-0 loss and also docked the team a point. Napoli lost its Europa League opener last week to Dutch team AZ Alkmaar, which overcame a slew of coronavirus cases to upset the Italian team 1-0. Real Sociedad will be boosted by the likely return of three forwards who had been nursing injuries: Adnan Januzaj, Martín Merquelanz and Ander Barrenetxea. The Spanish club is coming off four straight wins in all competitions.

The international break is still taking its toll on Hoffenheim two weeks later. The German side travels to Belgian runner-up Gent without three players who have been in quarantine since returning from their national teams. Croatia forward Andrej Kramaric and Ghana defender Kasim Adams tested positive for the coronavirus, while Czech Republic defender Pavel Kaderabek is in quarantine because of a family member’s result. Hoffenheim coach Sebastian Hoeneß said the club was in contact with local health authorities so the players “can return soon,” though he said he wouldn’t rush them back. Hoffenheim started the Europa League with a 2-0 win over Red Star Belgrade but was held to a draw 1-1 by struggling Werder Bremen at the weekend. Hoeneß’ team will be going for its first win outside Germany, while Gent has never defeated a Bundesliga side at home in four attempts.

MATCHDAY: Southampton looks to keep up hot streak in EPL

MATCHDAY: Belgium can seal finals spot with win over England

MATCHDAY: Spain-Netherlands highlight of round of friendlies