In the battle for control of the U.S. Senate this year, the Deep South is fielding more Black candidates than it has since Reconstruction.

In South Carolina, Jaime Harrison is raising a previously unfathomable amount of money in what has become a competitive fight to unseat one of the more powerful Republicans in the Senate. He’s joined by Raphael Warnock in neighboring Georgia, the leading Democrat in a crowded field running for the seat held by an appointed Republican. Mike Espy and Adrian Perkins, meanwhile, are launching spirited bids for the Senate in Mississippi and Louisiana, respectively.

Their candidacies come during a year of deep reckoning in the U.S. over systemic racism and represent a more diverse type of political leader in the South, where Democrats have tended to rally behind white moderates in recent years in often ill-fated attempts to appeal to disaffected Republicans.

“It’s continually a tough fight that we wage to help Democrats imagine a world where people who look like myself, are viable candidates everywhere — not just in your blue states, not just in the urban cities,” said Quentin James of The Collective, a political action committee that supports Black candidates. 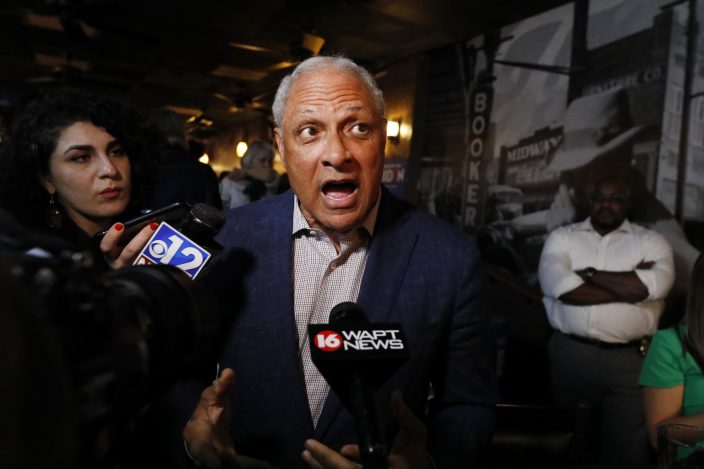 But there are signs of possible change. In Georgia and North Carolina — states that haven’t supported a Democrat for the White House since 1992 and 2008, respectively — Joe Biden is running a tight race with President Donald Trump. In Georgia, Warnock recently appeared at a rally with Harris, who has endorsed him.

The 2018 elections marked something of a turning point. While Democrat Stacey Abrams narrowly lost the Georgia governor’s race, her strong performance, particularly in Atlanta's Republican-leaning suburbs, suggested there was a path for Black Democrats. 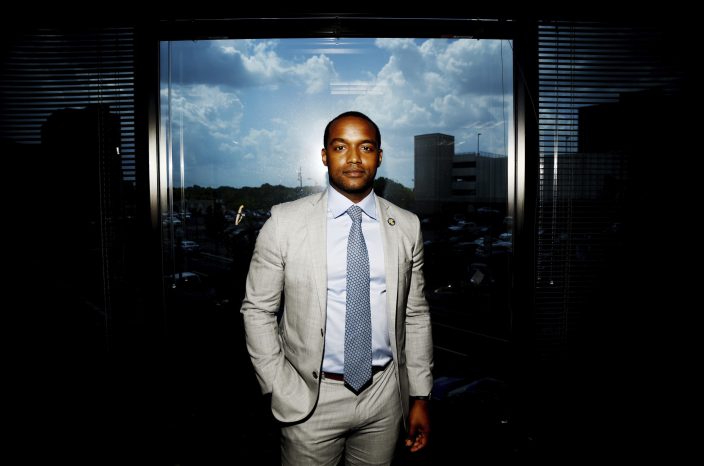 Warnock is hoping to come out on top in a crowded field against Republican Sen. Kelly Loeffler, who was appointed this year by Republican Gov. Brian Kemp.

Warnock is pastor of the Atlanta church where the Rev. Martin Luther King Jr. preached. He draws heavily on his experience as a Black man living in the Deep South, from his early days growing up in Georgia public housing to his current support for expanding access to health care, voting rights, criminal justice reform and the Black Lives Matter movement.

In Louisiana, Perkins, a West Point graduate and Army veteran, is seen as the lead candidate in a nonpartisan, qualifying primary to take on Republican U.S. Sen. Bill Cassidy.

Perkins has been endorsed by former President Barack Obama and other high-profile Democrats, but his late entrance into the race has made fundraising difficult. Cassidy has amassed a sizable campaign account.

In Mississippi, Espy is trying for a second time to become the state’s first Black senator since Reconstruction with his challenge to Republican incumbent Cindy Hyde-Smith. In 1986, Espy was elected as Mississippi’s first Black congressman in modern times before heading up the U.S. Department of Agriculture. Biden has endorsed Espy.

The Republican-dominated state last had a Democrat in the Senate in 1988. To win, Espy needs a strong turnout among Democratic Black voters, along with support from white voters disenchanted with Trump.

Espy highlights his family’s history in Mississippi, where his grandfather started a hospital for African Americans in 1924, and his father owned a funeral home where Emmett Till’s body was taken after the Black 14-year-old from Chicago was tortured and killed in rural Mississippi. Espy and his twin sister were among the few Black students who integrated an all-white high school.

“It’s about overcoming issues in the old Mississippi and fighting for progress in the future,” he said.

Bradshaw, the first Black woman to win a statewide nomination in Tennessee, is running against former U.S. Ambassador to Japan Bill Hagerty, who's been endorsed by Trump. Republicans have held both Tennessee seats in the Senate since 1994.

But it's Harrison who has received the most national attention — and money — this year. His more than $100 million in fundraising has shattered records for a Senate campaign and helped turn a race that might have otherwise been an afterthought into a genuine competition.

Harrison highlights his humble upbringing and criticizes incumbent Sen. Lindsey Graham for being too quick to do Trump's bidding. Graham, chairman of the powerful Judiciary committee, was at the helm of the process pushing Amy Coney Barrett's Supreme Court confirmation.

With the state to himself as Graham shepherded that effort, Harrison has held a series of drive-in rallies, drumming up support from constituents he says are ready for a change. His fundraising has allowed him to blanket the state with advertising, much of which includes his origin story of meager beginnings, Ivy League education and desire to give back.

“Only in America can a little round-headed boy, who grew up to a 16-year-old mama, with grandparents who had a fourth grade and eighth grade education, who lived in a mobile home, went to Yale, Georgetown, worked on Capitol Hill, today is on the verge of being the next United States senator from the great state of South Carolina,” Harrison said during a recent rally.

“I know what hard times is," he added. "I have lived hard times.”