Paris Saint-Germain fans could be seeing a lot of Moise Kean in the next few weeks, especially with Neymar injured and Mauro Icardi out of form.

Kean has quickly justified PSG's decision to sign him on a season-long from Everton with four goals in two games, including both in Wednesday's 2-0 win at Istanbul Basaksehir in the Champions League.

That clinical performance as a substitute may well have earned him a starting place for Saturday's trip to Nantes. 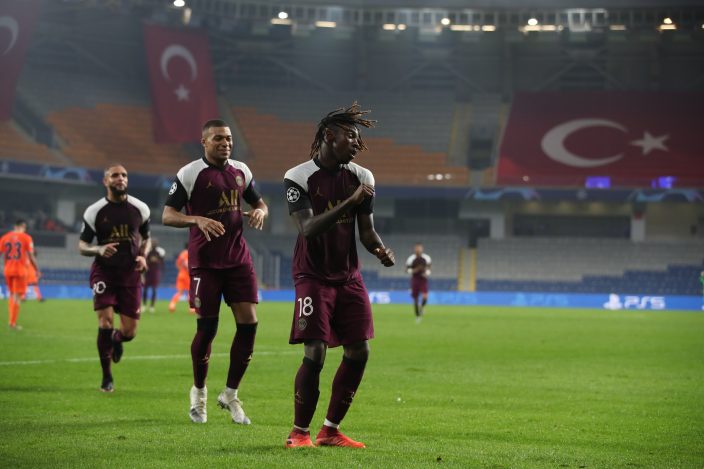 A win would give PSG a seventh straight league win and pressure Lille ahead of the northern side's home game against improving Lyon on Sunday. PSG and Lille are level on points after eight rounds.

With PSG up against it against Basaksehir, the 20-year-old Kean came off the bench to show the kind of cool finishing which thrust him into the spotlight as a teen with Italian champion Juventus.

A sharp header was soon followed by a well-taken goal in the penalty area, using his right foot to control the ball and his left to shoot after turning smoohtly. 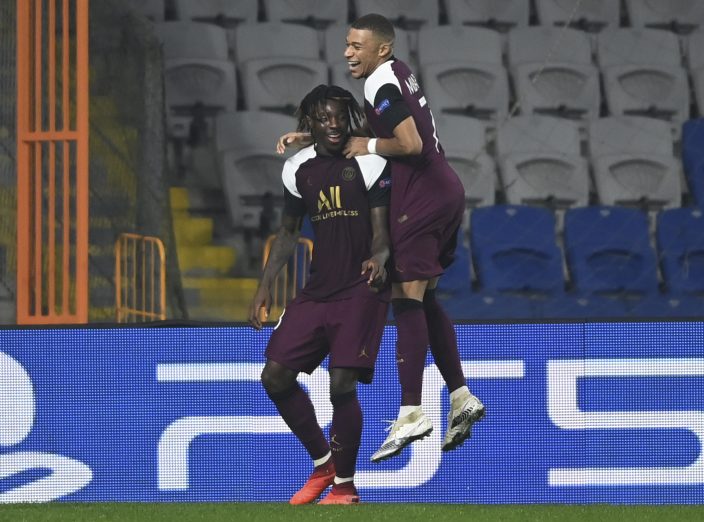 “This start will give me strength,” Kean said. “I’ll work hard for the next games.”

Last weekend Kean netted two on his league debut, albeit against weak opposition in last-place Dijon. But aside from the goals, he has quickly clicked with his teammates and struck up an encouraging rapport with Kylian Mbappe.

It's been a while since the 20-year-old Kean made headlines like these.

He joined Everton in the summer of 2019 for 27.5 million pounds (then $33.5 million) from Italian champion Juventus, with a reputation as one of Europe's most promising young strikers after becoming the youngest debutant for Juventus at 16 years, 23 days in 2016-17. His blossoming status was rubber-stamped when he became the youngest player to score for Italy in a competitive match.

But things quickly turned sour after the big-money move to northern England.

The nadir came when interim coach Duncan Ferguson, who earned his reputation as a talented but uncompromising and aggressive striker, substituted him against Manchester United last December. Nothing unusual in a player being taken off — except that the exasperated Kean had only come on as a sub 18 minutes earlier.

The sense of humiliation, in front of 75,000 fans and at such a young age, was keenly felt by Kean as he stood motionless with shock. Just one month earlier, he had been dropped from the squad after again turning up late to a team meeting.

Even the arrival of countryman Carlo Ancelotti, a vastly experienced and respected coach, did little to change his Everton fortunes and overall he found the net only twice in 33 games.

But Edinson Cavani's departure from PSG, and a succession of early-season injuries and suspensions, led to PSG coach Thomas Tuchel demanding some players.

So a little more than three weeks ago, Kean joined just before the transfer window closed.

Observers thought of Kean as being a useful backup to Icardi, who cost 50 million euros as the most recent — and maybe last for some time — expensive signing made by PSG.

But coaches love it when players give them healthy selection problems, and Kean might already find himself high up in Tuchel's pecking order.

PSG coach Tuchel under scrutiny as he copes without stars

PSG's league campaign in trouble after rocky start to season