The Virginia Military Institute’s board voted Thursday to remove a statue of Confederate Gen. Thomas “Stonewall” Jackson that currently stands in front of the historic barracks on campus, a school spokesperson said.

Spokesman William “Bill” Wyatt said the board also voted to take a number of other steps toward addressing issues of diversity, including directing the adoption of a diversity hiring plan and creating a permanent diversity office.

The moves come as VMI, the nation's oldest state-supported military college, is facing an outside investigation into what Virginia officials have characterized as a culture of “structural racism.” 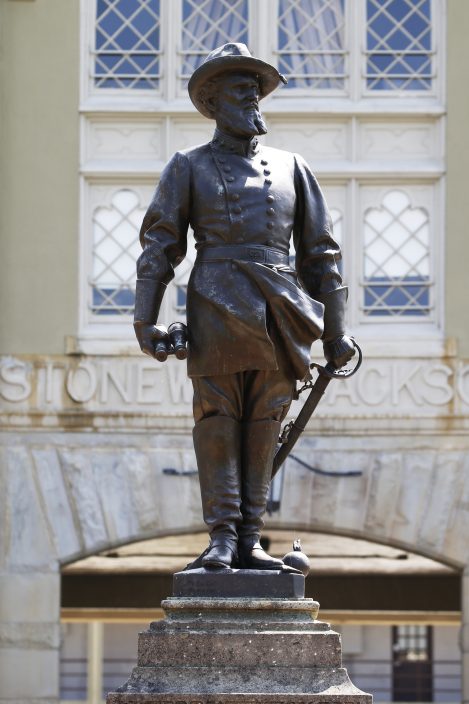 VMI's superintendent, retired Army Gen. J.H. Binford Peay III, resigned Monday, a week after the investigation was announced on the heels of a story in The Washington Post that described Black cadets and alumni facing racist incidents such as lynching threats and a white professor reminiscing in class about her father’s Ku Klux Klan membership.

“VMI, like all aspects of society, must honestly address historical inequities and be intentional about creating a better future. We care deeply about the individual experiences of all of our cadets and alumni,” John William “Bill” Boland, president of the Board of Visitors, said in a statement.

Officials at the school previously said they would cooperate with an investigation, but denied the allegation that the institution has systemic racial problems. 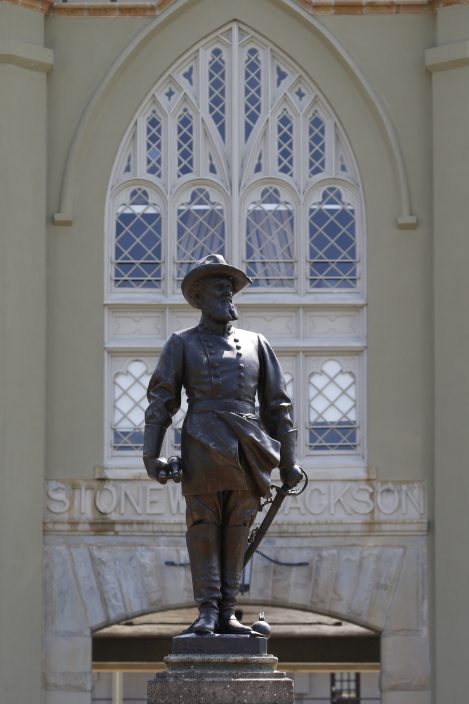 Amid a wave of Confederate monument removals over the summer sparked by the death of George Floyd, Peay had announced the college would change some of its longstanding traditions but would not be removing Confederate statues, including the Jackson statue that until a few years ago cadets had to salute.

“Unlike many communities who are grappling with icons of the past, VMI has direct ties to many of the historical figures that are the subject of the current unrest. Stonewall Jackson was a professor at VMI, a West Point graduate who served in combat in the Mexican War, a military genius, a staunch Christian, and yes, a Confederate General,” Peay wrote in July.

Wyatt wrote Thursday the VMI administration will handle “the orderly movement of the statue.” He said it would be put in an “appropriate location, perhaps the Battlefield at New Market." Dozens of VMI cadets who fought in that 1864 battle were killed or wounded.