Doug Marrone can’t help but chuckle when reminded what he’s had at quarterback during his NFL head coaching career.

Gardner Minshew might just be the best of the bunch. 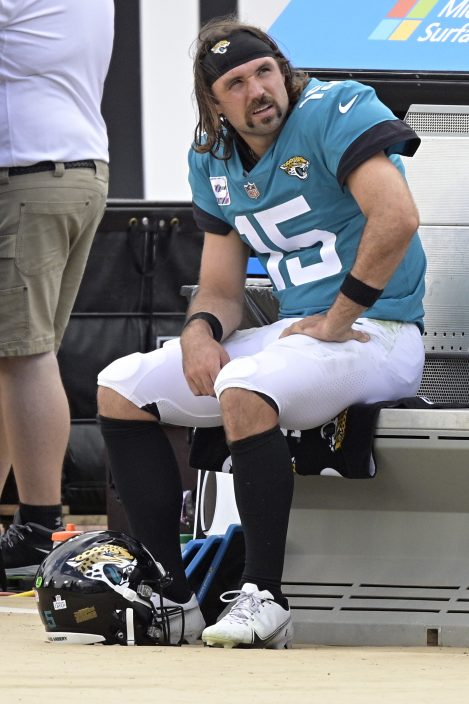 Jacksonville Jaguars quarterback Gardner Minshew II looks up at the video monitor scoreboard during the second half of an NFL football game against the Detroit Lions, Sunday, Oct. 18, 2020, in Jacksonville, Fla. (AP PhotoPhelan M. Ebenhack)

It’s borderline comical, really. Marrone is 39-51 in six seasons with Buffalo and Jacksonville, and inconsistent quarterback play has been a major reason for the coach’s lack of sustained success.

“It’s the most important thing,” he said. “At the end of the day, you have to do the best job you can with the players that you have. I think even the best ones, there are some things that you’re limited to, so I think you have to play to their strengths, and when they have a lot of strengths then you can play more to it and they can make a lot of other people better.”

Now, Marrone might be headed in another direction at the all-important position. 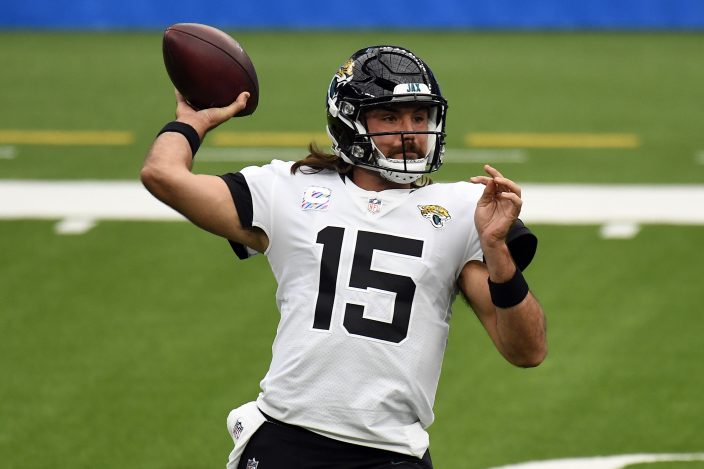 Minshew has a strained ligament and multiple fractures in his right thumb, according to a person familiar with the situation. The injury could prompt Marrone to turn to rookie Jake Luton after the team’s bye week.

The person spoke to The Associated Press on the condition of anonymity Thursday because the Jaguars (1-6) have not disclosed Minshew’s injury publicly. NFL teams are not required to submit injury reports during byes.

Minshew has played through pain since throwing for 301 yards and two touchdowns in a lopsided loss at Houston on Oct. 11. He had a season-low passer rating (70.5) against Detroit two weeks ago and misfired early and often last Sunday at the Los Angeles Chargers. He completed 14 of 27 passes for 173 yards and two TDs and was sacked five times in a 39-29 loss, the team’s sixth straight. 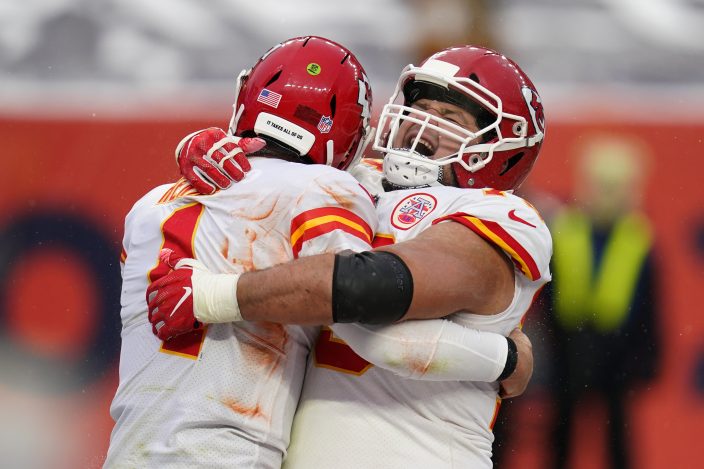 Although Glennon served as Minshew’s backup through the first seven games, Marrone and general manager Dave Caldwell said Luton won the No. 2 job in training camp. A sixth-round draft pick from Oregon State, Luton has prototypical size and arm strength. But he lacks mobility and experience.

Marrone might as well give him a shot. What’s he got to lose? Whatever little job security he had entering the season has evaporated during the team’s skid.

Marrone said earlier this week he already was planning to shake up things during the bye. He offered no details, but he insisted repeatedly he was “fired up” to make sweeping changes before Jacksonville hosts the Texans (1-6) on Nov. 8.

“I’m sure people are going to mock me for that or say whatever the (heck) they want,” Marrone said. “But I really don’t give a (care). I’m fired up. I’m going to go after it and however it falls, it falls, but it’s open for me.

A new regime surely would select one of the top quarterbacks available in the next draft: Clemson’s Trevor Lawrence, Ohio State’s Justin Fields or North Dakota State’s Trey Lance.

Getting it right is something that’s eluded Jacksonville for decades, a stretch of QB futility that started with Byron Leftwich in 2003 and includes stints with David Garrard, Blaine Gabbert, Henne, Bortles, Kessler, Foles and Minshew. Adding to fans' frustration: The team passed on a number of big-time college QBs in recent years, including Dak Prescott, Patrick Mahomes, Deshaun Watson and Lamar Jackson.

Khan, meanwhile, signed off on drafting Bortles in 2014, re-signing him in 2018, bringing in Foles — a backup who became a Super Bowl MVP in Philadelphia but never played a full season — in 2019 and then giving Minshew a chance to prove himself this season. Those moves cost the owner more $70 million and failed to fix a troubling trend at the position.

The result: The Jaguars are 41-97 during Khan’s tenure. He has a chance to tie former New Orleans Saints owner John Mecom Jr., as the second-fastest owner to reach 100 losses. If the Jaguars lose their next three games, he’ll hit the dubious mark in 141 games, one more than late Tampa Bay Buccaneers owner Hugh Culverhouse.

It might be up to Luton to help Khan avoid tying Mecom.

“It’s easy to place the blame on one player, one position,” Marrone said. “But it’s our job to ... never use that as an excuse. So we’ll see where we are. I think that we’ll take a good look at it.”

The prime ministers of Poland and ...

The pachyderm dubbed the “ world’s ...