Five technology giants are reporting earnings Thursday, providing the latest indication of whether they are rebounding from an economic slowdown earlier this year.

The results come a day after the CEOs of Facebook, Google and Twitter testified before the Senate Commerce Committee, rebuffing accusations of anti-conservative bias and promising to aggressively defend their platforms from being used to sow chaos in next week’s election. 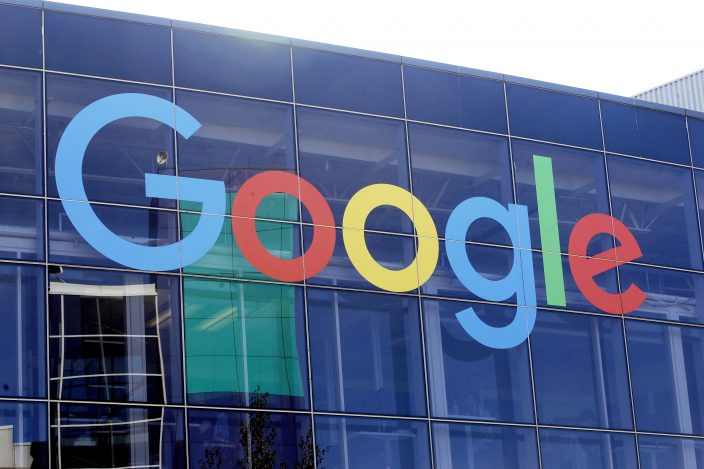 FILE - In this Sept. 24, 2019, file photo a sign is shown on a Google building at their campus in Mountain View, Calif. The Justice Department is expected to file a lawsuit Tuesday alleging that Google has been abusing its online dominance in online search to stifle competition and harm consumers. The litigation marks the government’s most significant act to protect competition since its groundbreaking case against Microsoft more than 20 years ago. The suit could be an opening salvo ahead of other major government antitrust actions, given ongoing investigations of major tech companies including Apple, Amazon and Facebook at both the Justice Department and the Federal Trade Commission. (AP PhotoJeff Chiu, File)

Google’s corporate parent Alphabet returned to robust financial growth during the summer. In the previous quarter, it suffered its first-ever quarterly decline in revenue amid the economic slowdown stemming from the COVID-19 pandemic.

The company’s revenue for the July-September period rose 14% from the same time last year to $46.2 billion. Its profit soared 59% to $11.2 billion, or $16.40 per share. Both figure easily surpassed analyst estimates, lifting Alphabet’s stock price by 9% in Thursday’s extended trading after the numbers came out. 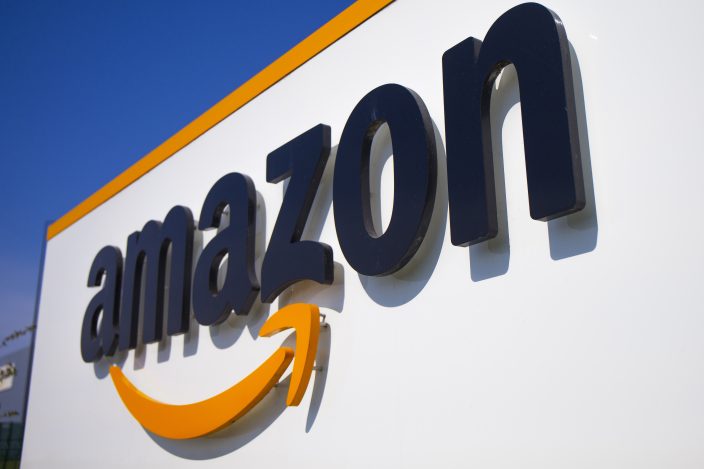 FILE - The Amazon logo appears in Douai, northern France on April 16, 2020. With many independent bookstore owners facing the most dire financial crisis in their lifetimes, the American Booksellers Association has teamed with an award-winning advertising agency known for “culture hacking” to dramatize the threats of the pandemic and the growing dominance of Amazon.com. On Tuesday, the trade group launched the “Boxed Out” campaign, for which a handful of bookstores around the country will have windows boarded up and boxes piled up out front that resemble Amazon delivery containers. (AP PhotoMichel Spingler, File)

The rebound, as usual, was propelled by the ad spending that has established Google has one of the world’s most proficient moneymaking machines. But U.S. Justice Department is now seeking to throw a monkey wrench into Google’s financial gears in a recently filed lawsuit that accuses the company of abusing its dominance of search to boost its profits and stifle competition

Facebook said Thursday its third-quarter profit and revenue continued to grow along with its worldwide user base, but looking ahead to 2021 the company predicted a “significant amount of uncertainty.”

Analysts were expecting earnings of $2.18 per share on revenue of $19.80 billion, according to a poll by FactSet.

The social media giant’s average monthly user base was 2.74 billion as of Sept. 30, up 12% from a year earlier.

Amazon continued to benefit from shopping trends during the pandemic, reporting record profit and revenue during the third quarter. The company reported net income of $6.3 billion in the three months ending Sept. 30, nearly triple that of the previous-year period.

The online shopping giant is also expecting a big end to the year as the holiday shopping season picks up. Amazon said Thursday that it expects fourth-quarter sales to rise between 28% and 38% from a year ago to between $112 billion and $121 billion.

The last three months of the year are always Amazon’s biggest, due to the holidays. But this year, Amazon also held its Prime Day sales event during the quarter for the first time after postponing it from July to October due to the pandemic. Prime Day has become one of the company’s busiest shopping events of the year.

“We’re seeing more customers than ever shopping early for their holiday gifts,” said Amazon CEO and founder Jeff Bezos in a written statement. “Which is just one of the signs that this is going to be an unprecedented holiday season.”