Chiefs coach Andy Reid doesn't subscribe to the notion of payback in the business of professional football.

As the Chiefs prepare to play the New York Jets on Sunday, Reid knows one of the intriguing subplots will be running back Le'Veon Bell's first shot at his former team. The two-time All-Pro joined the Chiefs after a rather acrimonious split with the Jets a couple weeks ago. And, after a get-your-feet wet game against the Denver Broncos last weekend, Bell could take on a much bigger role — with glee — when the Super Bowl champs face the winless Jets at Arrowhead Stadium. 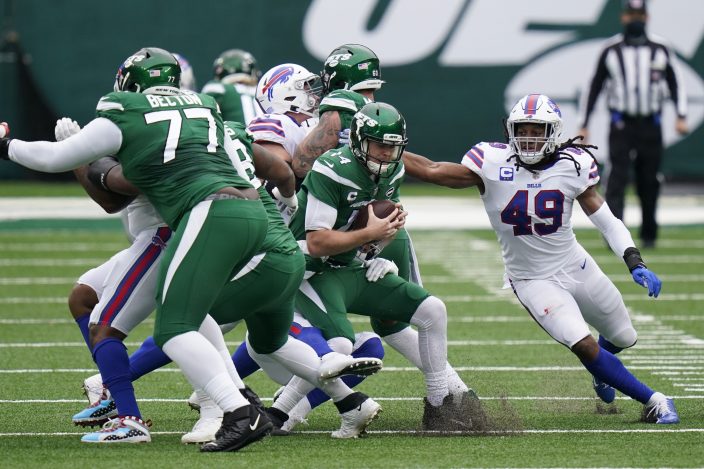 “Once the whistle blows and it's time to start, you put that in the back of the mind if that was in your plans,” Reid said this week. “You're playing and you're playing to the best of your ability. That's what I think. We have done it for a couple of years and watched guys go through it, and I think that's what happens.”

Bell has a bit of experience facing former teams. He ran 25 times for 72 yards last December in helping the Jets beat the Pittsburgh Steelers, the club with which he spent his first five seasons before another rather messy split.

There was some question whether Bell would fit into a Chiefs offense that has been humming for years, especially with so many playmakers already in the locker room. But the returns from Game 1 were promising: He ran six times for 39 yards as Clyde Edwards-Helaire, the rookie incumbent, carried eight times for 46 yards and a score. 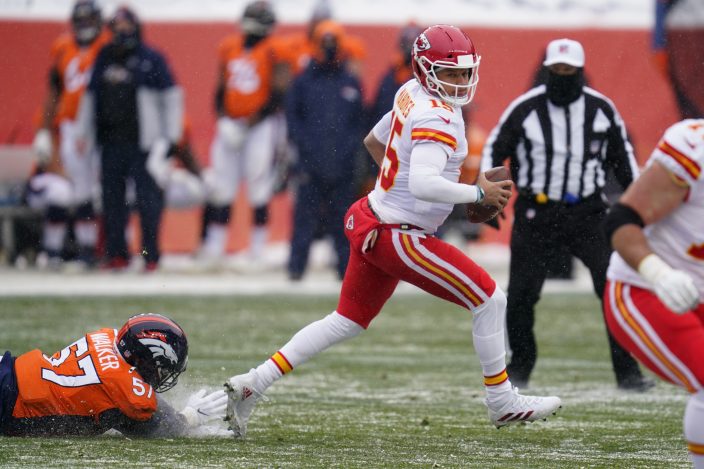 That production against the Broncos took some of the load of Patrick Mahomes, who threw for 200 yards and another TD.

“The types of runs we have built in for them both, they can give you thunder or lightning, whatever you want on any play,” Chiefs tight end Travis Kelce said. “To have that two-headed monster back there, all those guys — we've got one heck of a running back room. And as a blocker, that gets you excited. You have someone who can take it to the house.”

The Jets (7-0) lead the league in being terrible on offense, ranking last in scoring, total yards, yards passing, first downs and third-down conversions. Adam Gase tried to change things last week by handing play-calling duties to coordinator Dowell Loggains, and the Jets scored 10 points in their first three possessions. But they had just 4 yards the entire second half.

“There are some things that I’m looking to kind of adjust and see if we can get better,” Gase said. “Like, right now, it’s trying to find things that may be an issue and try to do something different. That’s really kind of the whole premise on what I was thinking leading into the last week of, ‘What can we do different to put ourselves in better position?’”

The Jets won't get much of a break against the Chiefs (6-1), who quietly rank fourth in the league against the pass and have intercepted at least one throw in five consecutive games. That includes Dan Sorensen's pick-six against Denver.

“We're probably as close of a unit as I've ever experienced in my seven years,” Sorensen said, “and a lot has to do with guys coming back. We have pretty much the same secondary we had last year. We know each other really well. We've played with each other for a lot of games and there's a lot of continuity there."

Jets quarterback Sam Darnold struggled in his return from a two-game absence because of a sprained right shoulder, going 12 of 23 for 120 yards — the second-lowest total of his three-year career — with two interceptions. He has one touchdown and five INTs in his last three starts as rumors swirl about the Jets possibly aiming for Clemson quarterback Trevor Lawrence in the draft if they end up with the No. 1 pick — and if Lawrence doesn’t return to school.

“For me, I’m always optimistic about different situations,” Darnold said. “Obviously, we’re not where we want to be right now, we’re 0-7, it’s not ideal. So, for us, for me especially, it’s just about coming in here and going back to work.”

WHAT COULD HAVE BEEN

The Jets had Mahomes in for an official visit before the 2017 draft and could have chosen him sixth overall, but they wound up taking safety Jamal Adams instead. The Chiefs traded up into the 10th spot and made Mahomes the second quarterback off the board after the Bears' Mitch Trubisky.

“I definitely thought there was interest there,” Mahomes said. “Whenever you get on those visits, you know they're pretty interested. At the time, they drafted a great player in Jamal Adams and you can't really argue with that one.”

New York’s defense has struggled this season, regularly giving up chunk plays and hurting itself with penalties, but it may have taken a step forward against Buffalo. The Bills kicked six field goals but never reached the end zone.

“I definitely hate that we let them get that many field goals,” Jets linebacker Avery Williamson said. “There were some times we could have gotten off the field, so yeah, that’s on us.”