When the Green Bay Packers and Minnesota Vikings faced off in the season’s opening weekend, it was billed as a showdown between NFC North’s two top contenders.

The rematch Sunday has a different feel.

Green Bay has shown its run to the NFC championship game last year was no fluke by winning five of its first six games. But the Vikings have taken a major step backward after reaching the divisional playoffs last year, as they’ve lost five of their first six. Green Bay Packers' Za'Darius Smith (55) and Preston Smith (91) celebrate as Will Redmond (25) and Rashan Gary (52) watch during the second half of an NFL football game against the Houston Texans Sunday, Oct. 25, 2020, in Houston. (AP PhotoEric Christian Smith)

“I don’t care what the record says,” LaFleur said. “This is a damn good football team.” 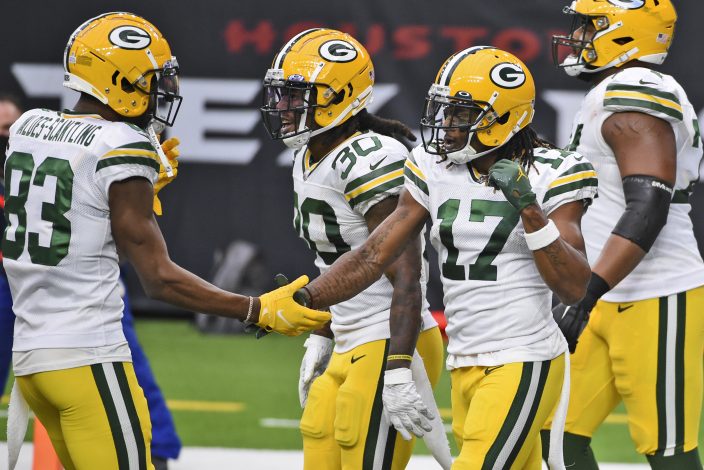 Minnesota has since traded edge rusher Yannick Ngakoue to Baltimore for draft picks, a move that could be interpreted a sign the Vikings are turning the page on this season after a slow start. Vikings coach Mike Zimmer doesn’t see it that way and said the Vikings made that trade only because they figured they wouldn’t be able to sign Ngakoue in the offseason.

“That was really the only reason,” Zimmer said. “We’re always trying to win games, so we’re not changing our mindset that way. I’m still pushing them as hard as I ever pushed them, and we’ll just keep grinding away until we get some wins.”

The Packers believe those wins will come eventually. They want to make sure the Vikings’ turnaround doesn’t start Sunday. “You look at them on paper and you look at some of the playmakers that they have, whether it be offense or defense, they’ve got a really good, solid team still,” Adams said. “So you can’t disrespect them. You've got to go out there and treat them just like they were when they were at the top of their game.”

The Packers are 8-0 against NFC North teams since LaFleur took over as coach last year. That matches the team’s longest divisional winning streak since the NFL went to a divisional format in 1967. 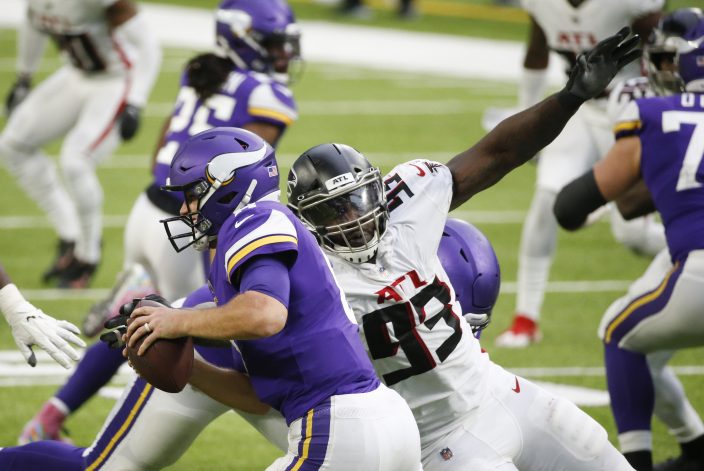 Four nights after hosting Minnesota, the Packers travel to San Francisco for a rematch of last year’s 37-20 NFC championship game loss to the 49ers. 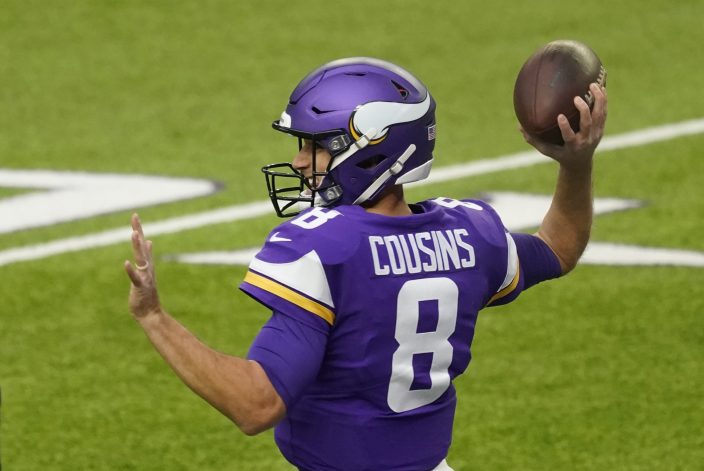 The Packers say they won’t get caught looking ahead.

“The only thing that I would say is that maybe during this week there’s an extra emphasis on taking care of your body because you know you have back-to-back games,” Packers center Corey Linsley said. “But, you know, all in all we’re focused 100% on the Vikings, and we’ll deal with the next game when it comes.”

Vikings running back Dalvin Cook is on track to return from a groin injury that kept him out Oct. 18 in a loss to Atlanta. Despite that absence and the bye last week, Cook ranks fifth in the NFL with 489 rushing yards.

Green Bay won at Houston last weekend without leading rusher Aaron Jones, who didn’t practice Wednesday or Thursday as he recovers from a calf injury.

“I know he’s doing everything in his power (to play),” LaFleur said. “We want to be very, very careful with him and not put him in a position where he misses significant amount of time.”

The Vikings have the third-worst turnover ratio in the league at minus-7. Quarterback Kirk Cousins has already thrown four more (10) interceptions than all of last season.

Cousins’ interception rate (5.7%) is the highest in the league. Not since 2009 (6.2% by Tampa Bay’s Josh Freeman) has an NFL quarterback with a qualifying amount of attempts finished a season with a rate that high.

Publicly, the Vikings have done nothing but back Cousins.

“We’re a thousand percent behind him, no matter what goes on,” Cook said.

YOU WONNUM, YOU GOT HIM

Dantzler might not play against the Packers after going on the COVID-19 reserve list, but rookie defensive end and fourth-round pick D.J. Wonnum, is about to become a regular now that Ngakoue has departed.

BERLIN — Germany has passed the gr ...