Even though it came in a loss, Seattle Seahawks wide receiver Tyler Lockett allowed himself a little bit of appreciation for what he accomplished last week.

Considering it’s only been done two other times in NFL history, it should be recognized.

“I try to reflect of it the best way that I can,” Lockett said Thursday. “I think for me, you try to give yourself enough time to just be able to enjoy it but also to be able to move on from it and not try to continuously live in the moment of what happened, but being able to take that moment and continuing to carry it with you.” 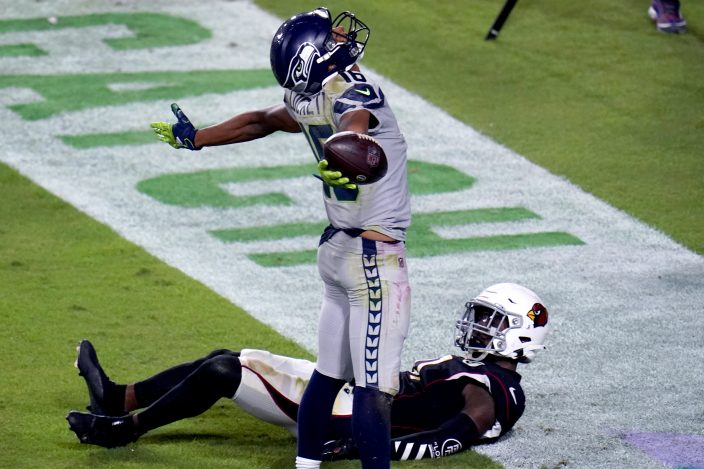 Lockett had the finest game of his career last week against Arizona when he caught 15 passes for 200 yards and three touchdowns in Seattle’s 37-34 overtime loss to the Cardinals. For most of the night, Lockett looked like he would be the biggest star of another Seattle victory, only to watch a late lead evaporate and the Seahawks miss several chances late in regulation and overtime to remain undefeated.

Lockett’s had big games in the past but not to this level. He became the third player in league history to have at least 15 catches, 200 yards and three TDs in one game, joining former Jacksonville wide receiver Jimmy Smith and Seahawks Hall of Famer Steve Largent.

The big day came after Lockett had seemed to take a backseat in Seattle’s offensive plans. He had just six catches for 83 total yards in the previous two games combined. But with Arizona sticking standout cornerback Patrick Peterson on Seattle’s DK Metcalf there was an opportunity for the Seahawks to take advantage. 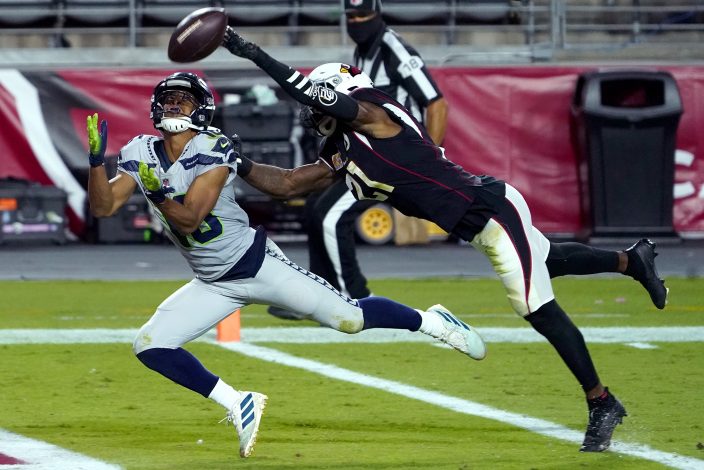 While Metcalf has drawn most of the attention this season — he has two game-winning TD catches to go along with his chase down of Budda Baker last week — Lockett is on pace for the best season of his career. While he’s not going to be posting record numbers each week, Lockett’s still on pace for 120 catches, more than 1,400 yards and 18 TDs, taking full advantage of a shift in Seattle’s offense that is geared more toward Wilson’s arm.

Lockett and Metcalf could be called upon for big games again this week against San Francisco. For the second straight day, rookie Deejay Dallas was the only running back to participate in practice for Seattle with Chris Carson (foot), Carlos Hyde (hamstring) and Travis Homer (knee) all sitting out.

“You’ve got to prepare yourself because you never know when you’re going to get those opportunities,” Lockett said. “You might only get a couple, or you might get a lot, but it’s really about what you do with those opportunities when they’re presented to you.”

NOTES: SS Jamal Adams (groin/illness) did not practice again Thursday after earlier in the week being expected to return after missing the previous three games. ... CB Shaquill Griffin (concussion) also did not practice on Thursday making it unlikely he’ll be cleared in time for Sunday’s game.