Photographers in Latin America and the Caribbean. It was curated by AP photo editor Anita Baca in Mexico City.

Police carry out an eviction at a squatters camp in Guernica, Buenos Aires province, Argentina, Thursday, Oct. 29, 2020. Argentine police clashed with a group of protesters on Thursday while evicting them from makeshift homes on the contested property south of the capital. Hundreds of families had been living in shacks on the land for more than three months, in a reflection of the growing poverty and lack of housing for many people in Argentina. (AP PhotoNatacha Pisarenko) 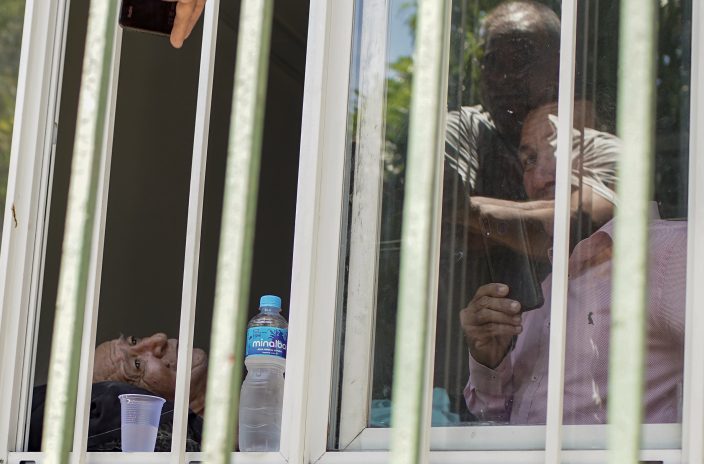 Patient Jose Silva, left, waits to be evacuated as firefighters douse a blaze that broke out at the from the Bonsucesso Federal Hospital in Rio de Janeiro, Brazil, Tuesday, Oct. 27, 2020. The fire began in the basement of one of several buildings that make up the hospital, forcing rescue workers to evacuate at least 200 people, some of whom were wheeled out in their beds. Two women who had been hospitalized in serious condition with COVID-19 died during the evacuation, the hospital said. (AP PhotoSilvia Izquierdo) 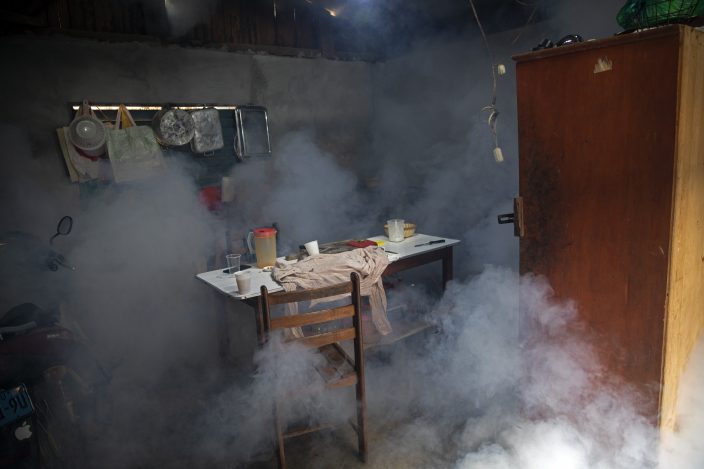 Clouds of insecticide seep into a dining room during a fumigation operation to help control the spread of dengue fever, in downtown Pucallpa, Peru, Tuesday, Sept. 29, 2020. As Peru grapples with one of the world's worst COVID-19 outbreaks, another epidemic is starting to raise alarm: Dengue. (AP PhotoRodrigo Abd) 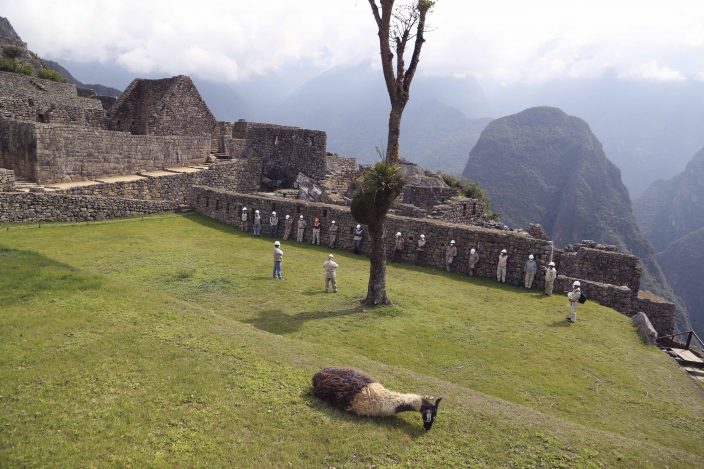 A llama lays on a lawn at the Machu Picchu archeological site as maintenance workers gather to repair roads and signs in Peru’s majestic Incan citadel, in preparation for reopening, in Cusco, Tuesday, Oct. 27, 2020. The long closure of Peru’s No. 1 tourist draw, which has hammered the local economy, marks the second time it has been shut down since it opened its doors to tourism in 1948. The first time was in 2010 when torrential and prolonged rains forced its closure. (AP PhotoMartin Mejia) 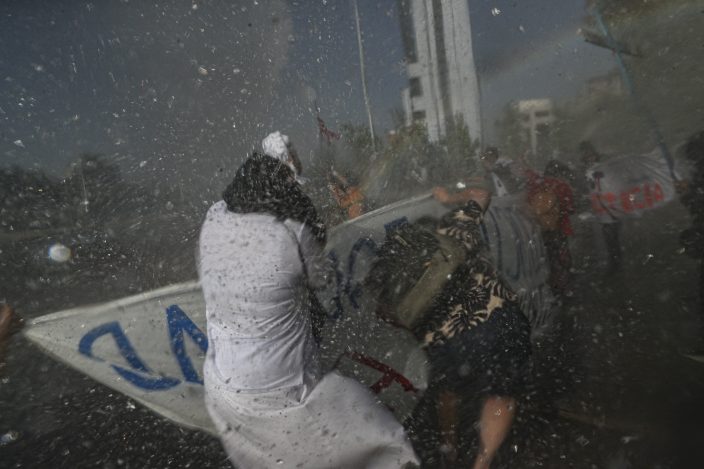 A Catholic nun is drenched by police water cannons used to disperse anti-government demonstrators protesting over inequality two days before Chileans will decide whether or not to rewrite the constitution that dates back to the dictatorship of Augusto Pinochet, in Santiago, Chile, Friday, Oct. 23, 2020. Amid a year of contagion and turmoil, Chileans turned out two days later to vote overwhelmingly in favor of having a constitutional convention draft a new charter to replace guiding principles imposed four decades ago under Pinochet. (AP PhotoEsteban Felix) 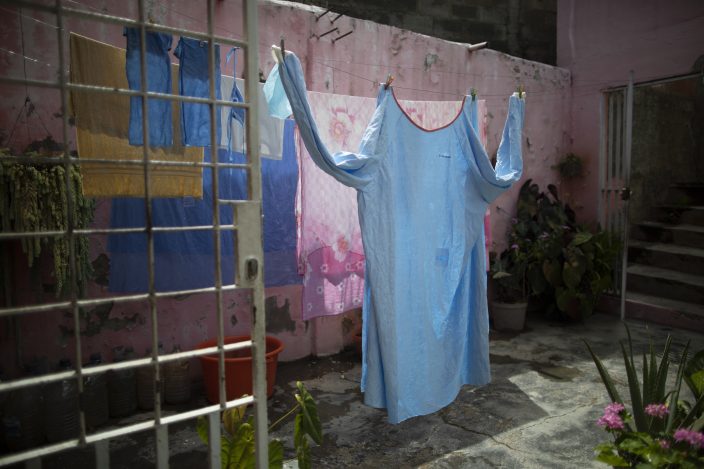 One of Elena's Suazo's two medical gowns hangs to dry at her parents' home in the Catia neighborhood of Caracas, Venezuela, Tuesday, Sept. 29, 2020, in between her twice-daily trips to care for her hospitalized father in the COVID-19 wing of the Jose Gregorio Hernandez public hospital. On a cafeteria worker's monthly salary, Suazo had no money to buy the needed protective gear, so her younger brother bought her one suit and her son's mother-in-law gave her a second, allowing her to attend him inside the hospital twice a day. (AP PhotoAriana Cubillos) 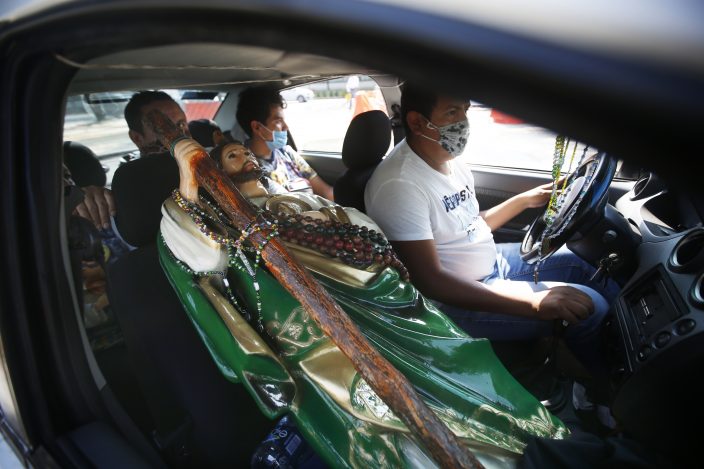 A Saint Jude statue is transported in the passenger seat during the annual pilgrimage honoring Jude, the patron saint of lost causes, in Mexico City, Wednesday, Oct. 28, 2020. Thousands of Mexicans did not miss this year to mark St. Jude's feast day, but the pandemic caused Masses to be canceled and the rivers of people of other years outside the San Hipolito Catholic church were replaced by orderly lines of masked worshipers waiting their turn for a blessing. (AP PhotoMarco Ugarte) 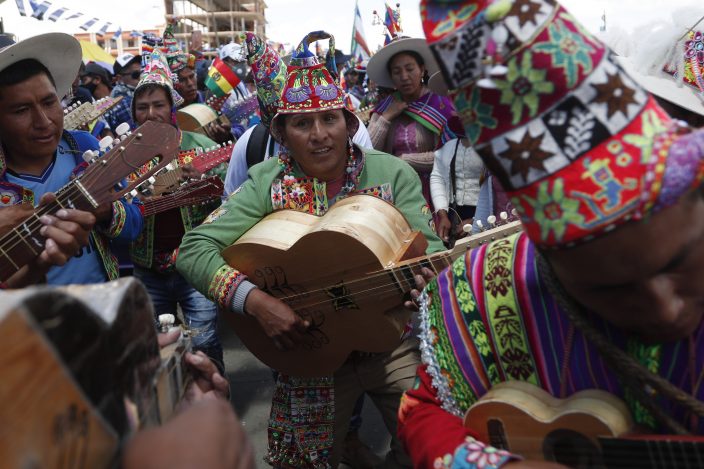 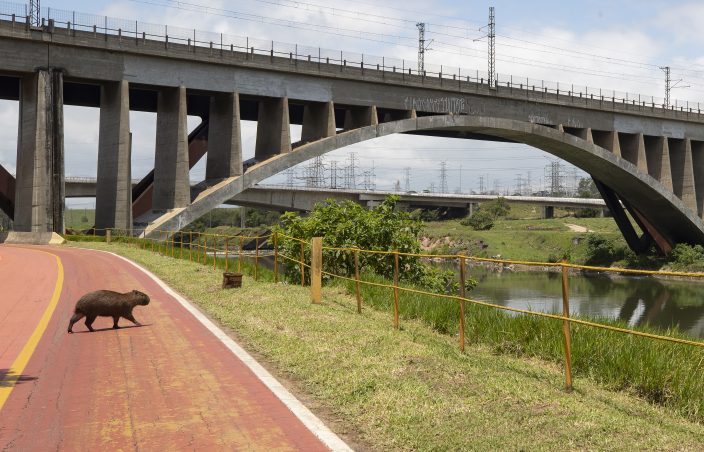 A capybara crosses a bicycle path on the banks of the Pinheiros River in Sao Paulo, Brazil, Thursday, Oct. 22, 2020. The Pinheiros River that runs through the heart of Sao Paulo makes its pollution known with a miasma that wafts across city streets, choking rich and poor alike. It’s an unwelcome feature of the city that is also Brazil’s wealthiest and the financial heart of Latin America. (AP PhotoAndre Penner) 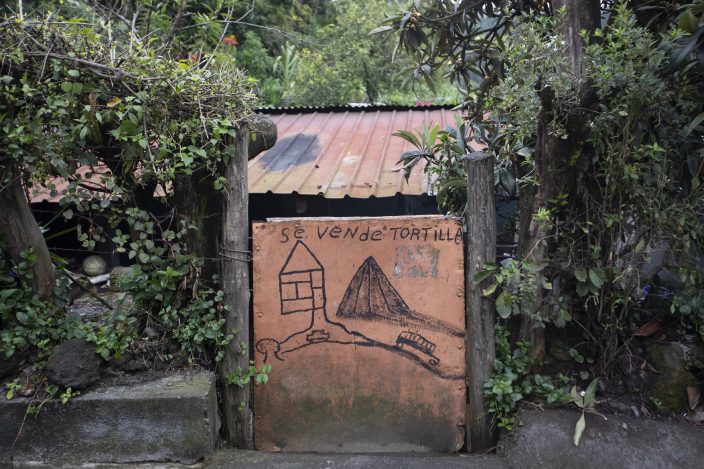 The gate of a home features a drawing of the Pacaya Volcano with a message that reads in Spanish: "We sell tortillas," near the base of the volcano, in Escuintla, Guatemala, Tuesday, Oct. 27, 2020. Authorities are evaluating the possibility of reopening the Volcan de Pacaya National Park after being closed for several months as a measure to curb the spread of COVID-19. (AP PhotoMoises Castillo)