Japan has picked Mitsubishi Heavy Industries as a main contractor to develop the country's own next generation stealth fighter for launch in the 2030s, the defense minister said Friday.

Separately, Mitsubishi announced that it was suspending its civilian aircraft project given uncertainties for the travel industry due to the coronavirus pandemic.

The next generation fighters, currently known as F-X, are part of Japan's upgrading of its aging fighter jet fleet as the country builds up its military capability to counter growing threats from China and North Korea. 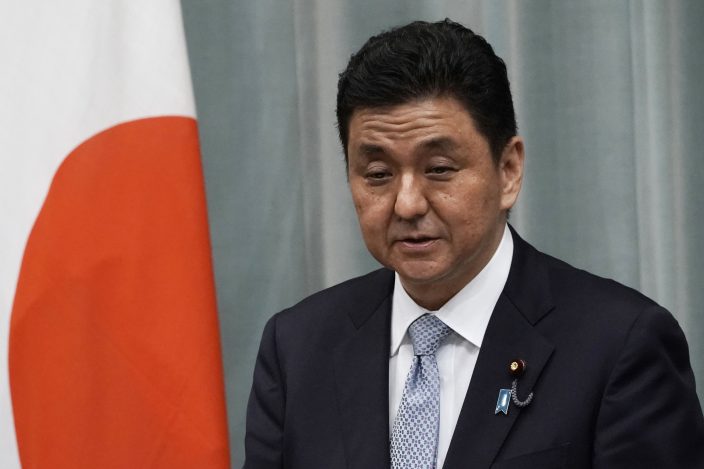 FILE - In this Sept. 17, 2020, file photo, Japan's Defense Minister Nobuo Kishi speaks during a press conference at the prime minister's official residence, in Tokyo. Japan has picked Mitsubishi Heavy Industries as a main contractor to develop the country's own next generation stealth fighter for launch in the 2030s, the defense minister said Friday, Oct. 30, 2020.(AP PhotoEugene Hoshiko, File)

The next generation stealth jet will replace F-2s that Japan co-developed with the U.S. They are due to be retired around 2035. The Defense Ministry is seeking 58.7 billion yen ($556 million) in the 2021 budget for research into developing the aircraft.

“We will steadily push forward the development of our next generation fighter jets,” Defense Minister Nobuo Kishi told reporters in making the announcement.

Mitsubishi will decide on other participants in the project, including avionics, engine and other parts makers. Japan also is considering co-developing some parts with foreign contractors including those in the U.S. and Britain. 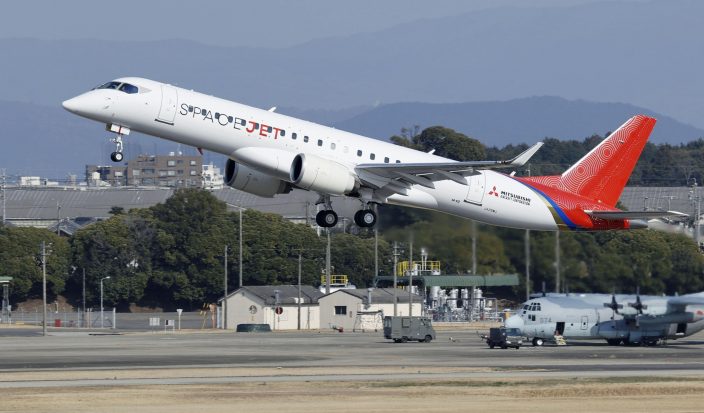 A SpaceJet, formerly known as MRJ, takes off during a test flight at an airport in Nagoya, central Japan, on March 18, 2020. Japanese manufacturer Mitsubishi Heavy Industries is slashing spending for its repeatedly delayed regional jet, amid economic damage from the coronavirus pandemic.(Yuya ShinoKyodo News via AP)

Japan’s Air Self-Defense Force has a fleet of about 290 fighter jets and is also replacing its F-4 fighters with dozens of F-35s to strengthen its missile deterrence out of concern over North Korea's missiles and nuclear program.

Japan’s purchases of American weapons have helped reduce its trade surplus with the U.S. while also responding to demands from President Donald Trump to do more to pay for its defense. But the purchases have raised concerns about weakening efforts to build up Japan's fledgling defense industry.

Kishi said Mitsubishi's decision about its commercial aircraft program had no bearing on the fighter jet development plan.

The company said it has decided to cut costs and focus on potential growth sectors such as cleaner energy projects and cybersecurity, to boost its profitability.

Work on the aircraft, called SpaceJet and formerly known as the MRJ, will be put on hold, it said. Test flights began in 2015, and deliveries had been planned for Japanese carrier All Nippon Airways.

Given the blow to travel from the pandemic, demand for passenger aircraft is not expected to recover until 2024, Mitsubishi said.

Mitsubishi Heavy, a supplier for U.S. aircraft maker Boeing, racked up a 57 billion yen ($548 million) loss for the first half of fiscal year through September, a reversal from a 29 billion yen profit the year before.