Russia’s status as an Olympic team, and its reputation as a serial cheater in international sports, goes on trial next week in more legal fallout from the country's state-backed doping saga.

At an undisclosed location in Lausanne on Monday, the Court of Arbitration for Sport will start hearing four days of evidence and testimony about a manipulated database from the Moscow testing laboratory.

The three-judge panel has been asked by the World Anti-Doping Agency to ban Russia’s name, flag and anthem from the Tokyo Olympics and 2022 Winter Games in Beijing, plus four years of world championships. 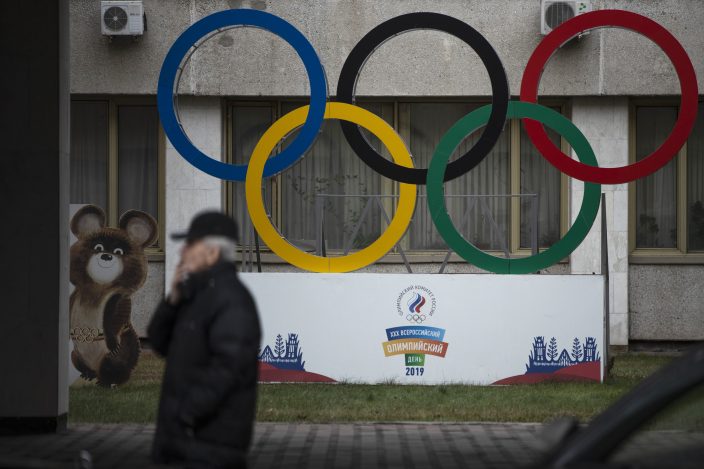 FILE - In this Nov. 28, 2019 file photo Olympic Rings and a model of Misha the Bear Cub, the mascot of the Moscow 1980 Olympic Games, left, are seen in the yard of Russian Olympic Committee building in Moscow, Russia. Russia’s status as an Olympic team and reputation as a serial cheater in international sports goes on trial next week, in the latest legal fallout from state-backed doping dating back several years. The Court of Arbitration for Sport judges will start on Monday Nov. 2, 2020, hearing evidence about a manipulated database from the Moscow testing laboratory. (AP PhotoPavel Golovkin, file)

WADA would let Russian athletes compete only if not implicated in doping or cover-ups. Russia’s right to host and bid for world championships could also stop for four years.

The case formally pits WADA against its Russian affiliate, known as RUSADA. The Russian agency was ruled non-compliant last December. That decision and the proposal of sanctions is being disputed.

But it is the Russian state that is effectively on trial for its handling of the database. It was given to WADA investigators — belatedly in January 2019 — after the laboratory had long been sealed. WADA says details of doping tests and emails were deleted or changed, and false trails created to frame whistleblowers. 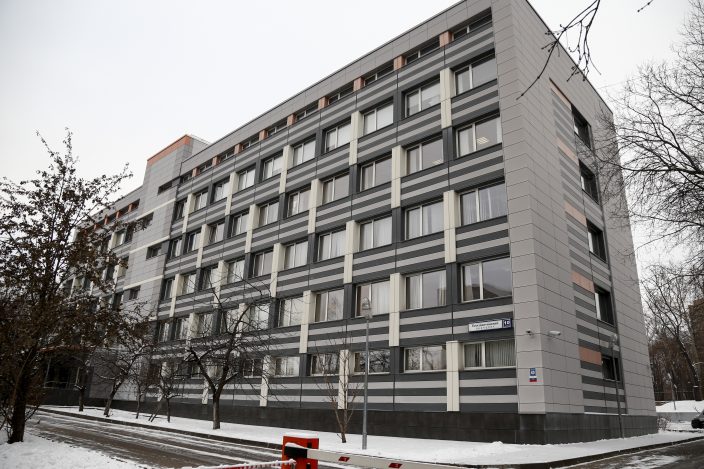 FILE - This Wednesday, Nov. 28, 2018 file photo, shows a view of the building of Russia's national drug-testing laboratory in Moscow, Russia. Russia’s status as an Olympic team and reputation as a serial cheater in international sports goes on trial next week as the Court of Arbitration for Sport judges will start on Monday Nov. 2, 2020, hearing evidence about a manipulated database from the Moscow testing laboratory.(AP PhotoAlexander Zemlianichenko, File)

RUSADA denies wrongdoing and claims the punishments are “unfounded, lacked legal basis ... and violated the principle of proportionality,” CAS said this week.

The Russian government has often blamed a western conspiracy since the WADA investigations opened in 2014. 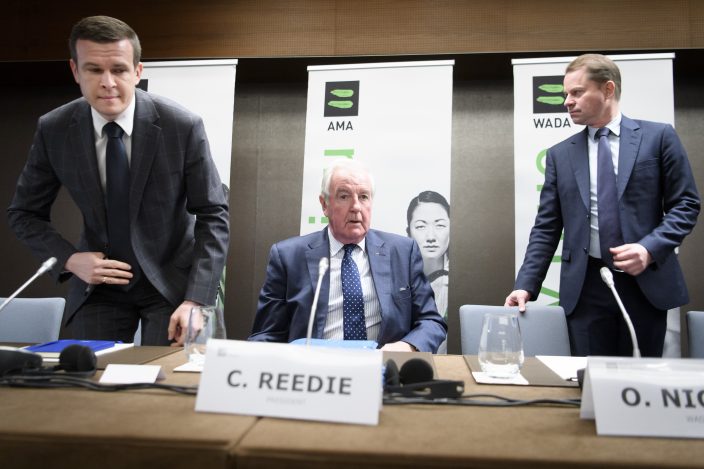 Postponing the 2020 Tokyo Olympics by one year during the coronavirus pandemic gave more time to resolve this case.

Russian military intelligence officers were indicted by the U.S. Department of Justice for alleged cyberattacks, including on the 2018 Winter Olympics in Pyeongchang, South Korea. Britain’s government said Russia also targeted the Tokyo Games.

A CAS verdict is not expected for at least several weeks. A further appeal is possible at Switzerland's supreme court.

Evidence included steroid cocktails, orders to hide doping cases, and state agents helping to swap athlete samples through a hole in the wall at the 2014 Sochi Olympic testing laboratory.

At its heart was Moscow and Sochi lab director Grigory Rodchenkov. He fled Russia and is in the witness protection program in the United States. His story was told in an Oscar-winning documentary.

WADA declared RUSADA non-compliant in 2015 and lifted the ban in September 2018, with conditions.

A key demand in the current case was getting the Moscow lab’s database and stored samples within three months. They were a route to closure for Russia and lifting suspicion from athletes.

WADA investigators waited to cross-check evidence with a database copy it got from a whistleblower. What they received in January 2019 — one month later than promised — had been altered.

“Flagrant manipulation,” the IOC said, and “an insult to the sporting movement worldwide.”

WADA opened the case using updated compliance rules that gave the agency more powers to sanction, including the banning of the team name and flag. RUSADA rejected WADA’s proposal, and Russian Olympic officials later fired the RUSADA chief executive who acknowledged the wrongdoing.

WADA’s request to open the hearing to media needed consent from all parties. It was refused.

The third parties now include the IOC, European Olympic Committees, International Paralympic Committee, hockey’s governing body and Russian affiliates of each, plus some athletes.

The International Ice Hockey Federation could be forced to move the 2023 world championships from St. Petersburg.

The hearing in English and Russian will have some parties in the room and others on video link.

Each side in the case gets to pick one judge to sit on the three-person panel, and those two judges then pick a third.

WADA chose Luigi Fumagalli of Italy. He often gets soccer cases and also led the CAS panel which ruled 67 Russian track and field athletes ineligible for the 2016 Olympics.

Russia's pick is Hamid Gharavi, a dual France-Iran national. He was selected by Russian athletes in cases that overturned 28 disqualifications by the IOC from Sochi.

The panel president the two judges chose is Mark Williams, an Australian who has ruled on athlete selection disputes for his country's Olympic body.

The verdict should bind all sports bodies signed up to the World Anti-Doping Code.

If sanctions are applied, they would likely include how to name future Russian teams. It was “Authorized Neutral Athletes” at the track worlds, but “Olympic Athlete from Russia” at Pyeongchang. WADA, however, is against any name that includes the word “Russia.”

A process for vetting Russian entries to major events is also needed.

“This decision must be watertight and waterproof,” IOC President Thomas Bach said in January. “It cannot leave any, any room for any kind of interpretation.”