Nobby Stiles, a tenacious midfielder who won the World Cup with England in 1966 and the European Cup with Manchester United in 1968, has died. He was 78.

“The Stiles family are sad to announce that Nobby Stiles passed away peacefully today surrounded by his family after a long illness," the statement said, according to Britain's Press Association. 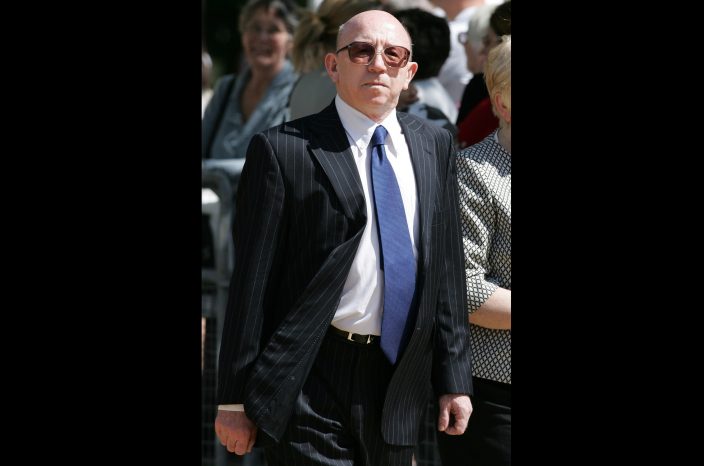 FILE - In this May 3, 2007 file photo, former England soccer player Nobby Stiles arrives for the funeral of England teammate Alan Ball at Winchester Cathedral in Winchester, England. Stiles, a tenacious midfielder who won the World Cup with England in 1966 and the European Cup with Manchester United in 1968, has died. He was 78. Stiles' family said Friday, Oct. 30, 2020 that he died following a long illness. (AP PhotoKirsty Wigglesworth, file)

Stiles will forever be remembered for his jubilant jig on the field at Wembley Stadium — performed while holding the World Cup in one hand and his false teeth in the other — after England beat Germany 4-2 in the 1966 final. It became an iconic image from the greatest day in the history of English soccer.

A tough-tackling and determined defensive midfielder, Stiles was crucial for England in its run to the final. His man-marking of Portugal great Eusebio in the semifinals was arguably the best performance in his 28 national team appearances from 1965-70.

“He was 5-foot-5, had no teeth, couldn’t see properly and had bad knees. But he was somebody who had the will to win and succeed,” his son, John Stiles, told the Manchester Evening News in 2014. 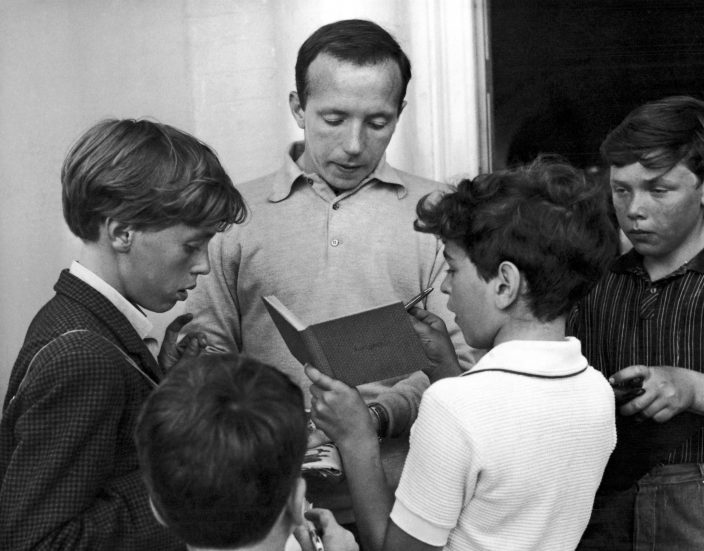 FILE - In this July 23, 1966 file photo, Nobby Stiles, the England soccer player, signs autographs for young fans outside the England team's hotel in Hendon, London. Stiles, a tenacious midfielder who won the World Cup with England in 1966 and the European Cup with Manchester United in 1968, has died. He was 78. Stiles' family said Friday, Oct. 30, 2020 that he died following a long illness. (AP PhotoPeter Kemp, file)

Stiles scored one international goal, a winner against West Germany in a friendly, and also was selected in England’s squad for the 1970 World Cup.

“The former Manchester United player was a vital member of England’s World Cup winning team from 1966, when he played in every minute of the campaign on home soil,” the English Football Association said. “Despite his diminutive physique, Stiles’ combative and tough-tackling style of play made him an effective and fearsome player, capable of filling roles in midfield and defense.”

Stiles made more than 390 appearances for Manchester United from 1960-71, helping a team that also included George Best and Bobby Charlton to two English league titles and the European Cup in 1968. United beat Benfica 4-1 to become the first English club to win European soccer’s biggest club prize, and Stiles again had the upper hand in his duel with Eusebio.

“An integral part of our first-ever European Cup-winning side, Nobby was a titan of the club's history, cherished for his heart and personality on and off the pitch,” United said in a statement Friday. “He will be sorely missed by us all.”

Stiles was one of only three Englishmen, along with Charlton and Ian Callaghan, to win both the World Cup and the European Cup.

Stiles was born in Collyhurst, north Manchester. He started his career at United before playing for Middlesbrough and Preston.

He coached Preston, Canadian team Vancouver Whitecaps and West Bromwich Albion. He then had a stint as United’s youth team coach from 1989-93, helping to bring through future stars David Beckham, Ryan Giggs and Paul Scholes.

“Farewell to the most famous grin in English football,” West Brom wrote on Twitter. “A (at)FIFAWorldCup winning Lion who we are proud to have serve at The Hawthorns as manager for a brief spell in the mid-1980s. Rest in peace, Nobby.”

Stiles auctioned his World Cup winner’s medal, England shirt from the final and other cherished memorabilia in 2010 to raise money for his family. United bought the medal.

Stiles, who lived near Old Trafford, suffered a mild stroke in 2010 and he was diagnosed with prostate cancer in 2013.