Here's a premise few can dispute: The NFC West is the best division in pro football.

In fact, it isn't close.

Sure, the AFC North has shown some power, but it also has the 1-5-1 Bengals. Plus, the Browns have built their 5-2 record mostly against the league's dregs. 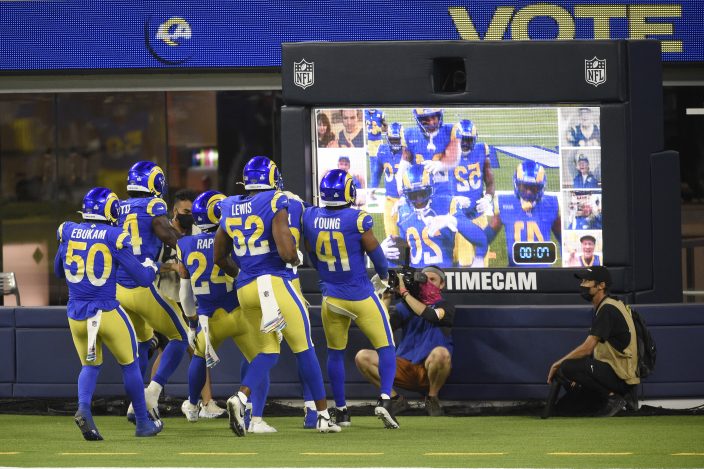 Los Angeles Rams players celebrate after an interception by Jalen Ramsey during the second half of an NFL football game against the Chicago Bears Monday, Oct. 26, 2020, in Inglewood, Calif. (AP PhotoKelvin Kuo)

NFC West teams are 19-8 overall. The AFC North is 17-8-1, but it's top-heavy, and until we truly know if Cleveland is legitimate, the guys on the West Coast win the prize.

It's not inconceivable that the Seahawks, Cardinals, Rams and 49ers all could find their way into the NFC playoffs with a third wild card added. It's unlikely not because they might be unworthy, but because they could be knocking off each other during intradivision play. So far, only three games have been played within the NFC West: Arizona beating San Francisco and Seattle, and the Niners defeating the Rams.

“Yeah, we’re in the best division in football and, you know, there’s a reason for it,” Rams quarterback Jared Goff said after the loss to the 49ers. “These guys are good. Arizona’s good. Seattle’s obviously undefeated (then). We’re a great team. So every time you play in this division, it’s going to be a tough game, and we know that coming in.”

What the four clubs also know, coming in and going out, is they could be battered by the time they get to January. Fully tested by the trials and tribulations of the division, for sure. But perhaps not in the best shape for a Super Bowl run.

“Obviously, everybody has winning records in our division and everybody’s doing really good, and some people might say we have the best division,” said Tyler Lockett, the Seahawks' outstanding wide receiver. “But at the end of the day, who cares? We still got to be able to take care of business and those divisional games might end up being key.”

The schedule shows a regular dose of those divisional showdowns, beginning Sunday with the Seahawks hosting the 49ers. They gave us a classic 2019 finale in which tight end Jacob Hollister was stopped inches short of a touchdown that would have lifted Seattle to the division crown. 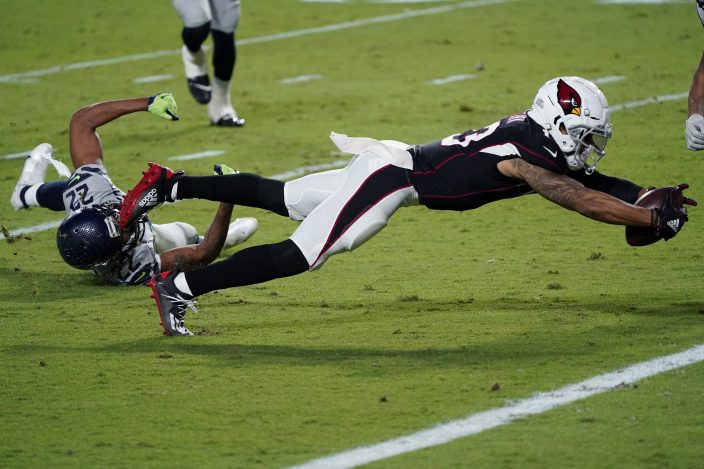 Beyond this weekend, Seattle visits Los Angeles in Week 10; Arizona goes to Seattle in Week 11; the Rams host the 49ers in Week 12, then visit the Cardinals in Week 13; the Rams at Seahawks and Cardinals at Niners in Week 16; and the grand finale of Seattle at San Francisco and Arizona at Los Angeles on Jan. 3.

Don't be shocked if the division title and more than one wild-card spot are decided in Week 17.

Niners coach Kyle Shanahan ignores all the machinations. At least for now. 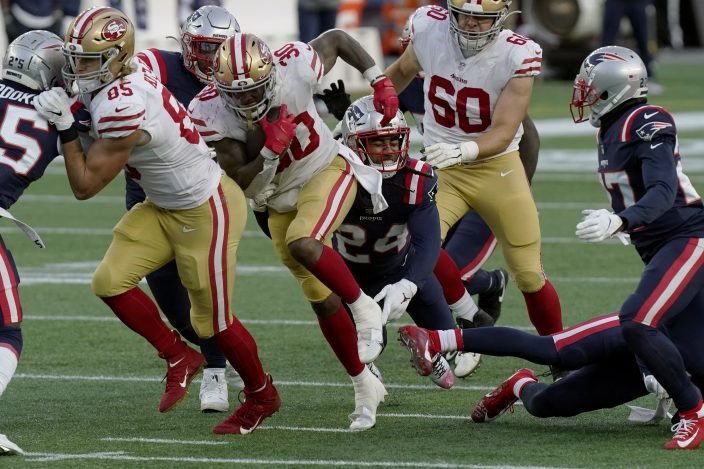 “It’s way too early to look at that stuff. That’s stuff that I leave for my wife and for friends and for people to do, but yeah, for you,” he told reporters. "There’s so many things that change. I’ll start to watch it the last few weeks because you’re trying to think of certain things and scenarios, but that’s something you don’t think at all about right now.”

Not quite true. When the Rams fell to the 49ers, all-world defensive tackle Aaron Donald noted: "I’d rather we lost every other game we did, but win this division game. That means a lot more."

Which of these teams is best positioned to not only emerge atop the NFL's premier sector, but do damage in the postseason? In a year impacted by a pandemic, with so many intangibles — and so many key injuries already — no one knows. But here are some thoughts. 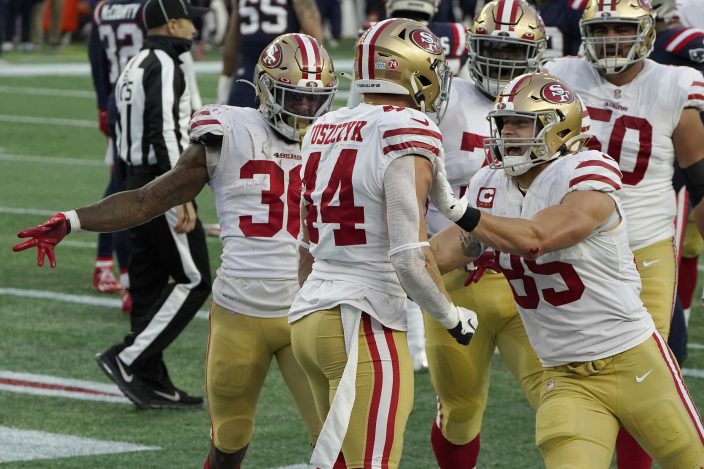 The Seahawks have the most dynamic player, Russell Wilson, and the most experienced coach, Pete Carroll. They also have a sieve of a defense that can't pressure opposing passers. Injuries have diminished the secondary and running back.

Still, their resourcefulness and versatility with the ball in a league where offense tends to rule, a relatively healthy Seattle is a Super Bowl threat.

Rebounding nicely after a 2019 fade that followed a Super Bowl appearance, the Rams have the stingiest defense and the best player in the division, Donald. Goff's re-emergence as a dependable (or more) quarterback, operating behind a back-in-form offensive line, makes LA formidable.

There's also a concern that the Rams sometimes over-think things. They do play on the edge. Regardless, they're capable of a return to the big game.

Maybe arriving a year before expected, especially after losing pass-rushing demon Chandler Jones for the season, the Cardinals are 2-0 inside the NFC West. They have no fear of the big boys, but they also have more question marks than the others. Many of those apply to an inconsistent defense and offensive line.

Is Kyler Murray, the 2019 top offensive rookie, ready to lift the Cardinals to unexpected heights so soon? He certainly has the creativity and athletic ability. The excitement quotient is through the State Farm Stadium roof.

Teams that lose a Super Bowl tend to struggle the next season, as the Rams did in ‘19. But the 49ers’ issues have been more related to injuries; only Philadelphia has been more damaged.

That said, many of the reserves, particularly on offense, have come through lately. But overcoming the losses of Nick Bosa, Richard Sherman and so many other regulars might be too tall a task for a deep January run.