Nash hired his old coach and pick-and-roll partner as assistants Friday, filling out his staff for his rookie season as an NBA coach.

D'Antoni won the first of his two Coach of the Year awards in 2005 while leading the potent Suns to 62 victories behind the play of point guard Nash and power forward Stoudemire. They piled up points and 3-pointers with a small-ball style that was unusual then but the norm in the NBA now. 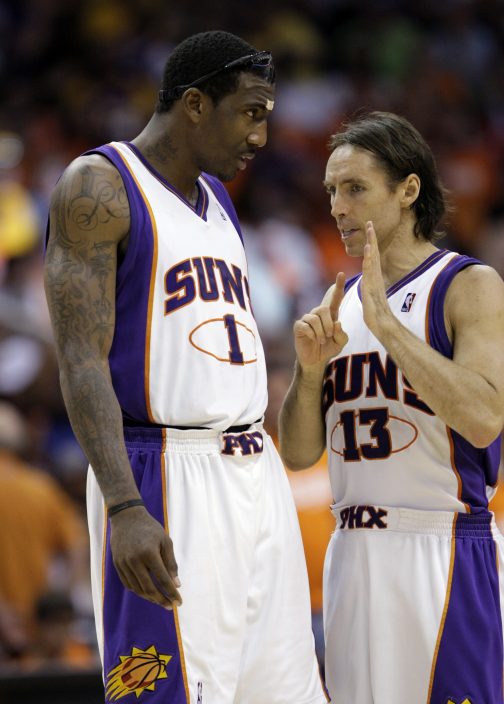 FILE - In this May 23, 2010, file photo, Phoenix Suns forward Amare Stoudemire, left, and guard Steve Nash talk during Game 3 of the NBA basketball Western Conference finals against the Los Angeles Lakers in Phoenix. Mike D'Antoni and Stoudemire are joining Nash's coaching staff, bringing a glimpse of the old Phoenix Suns to Brooklyn. Nash hired his old coach and pick-and-roll partner as assistants Friday, Oct. 30, 2020, filling out his staff for his rookie season as an NBA coach. (AP PhotoMatt York, File)

D'Antoni spent the last four seasons coaching Houston, leading the Rockets to the playoffs each season and winning his second Coach of the Year award in 2017. He and the team parted ways after the Rockets lost to the Los Angeles Lakers in the Western Conference semifinals.

Stoudemire will be coaching for the first time after averaging 18.9 points in 14 seasons as an NBA player. The 2003 Rookie of the Year finished his playing career with stints in Israel and China.